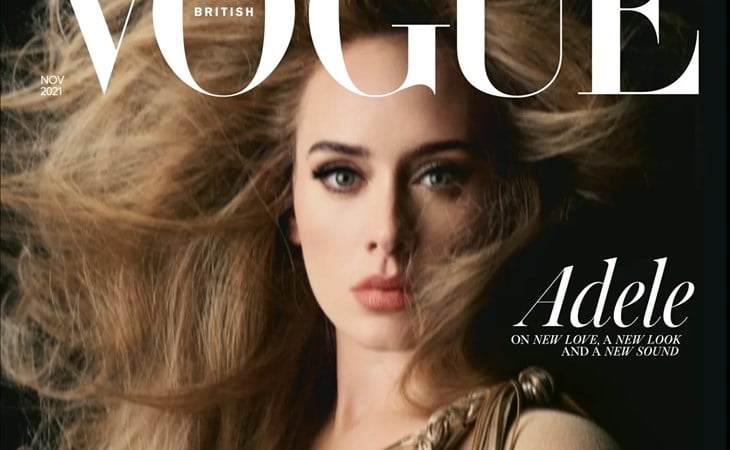 Apparently this has never happened until now: Adele covers both American and British Vogue in the same month. And you can understand why – editorially magazines don’t want to do the same thing, feature the same people. But you can also understand why they made this exception: not only because it’s Adele, one of the biggest popstars in the world who’s been on hiatus for years, but also because Adele agreed to two separate photo shoots and two separate interviews with two different writers.

For the photos and the styling, I prefer the British Vogue shoot. I actually like how the cover is a little blurry, with her hair whipping around like that. And while she mentions in the British Vogue profile that she agrees with everyone that she looks like Sarah Paulson (“But I do, it’s actually quite intense), this shot of her reminds me so much of Lauren Holly:

The main attraction, though, with both features, is not the pictures. I mean, yes, she looks great. But more importantly, she gives good interview. These are two proper, classic celebrity profile magazine interviews. Amazingly, as reclusive as Adele has been the last several years, as famously guarded about her personal and professional business, Adele shares – a LOT – and not just once but twice.

About almost everything: her mental health, her divorce, her son, her body, her friends, and yes, of course, her music. And in sharing almost everything, what we find is that up to this point, everyone was wrong about everything. Which, really, is just me being petty about the British tabloids and what they’ve been reporting about her for years, particularly as it relates to her weight loss, about this trainer and that diet…

None of it, as we learn from her Vogue interview was true, not the specific diet that she was reportedly on and certainly not the trainers who were named as being responsible for her physical transformation. You know what’s funny though? Yesterday, when Vogue first released the story, I went back and looked up those articles at the Sun about her diet and exercise plans. Like a f-cking amateur, I forgot to screenshot the details – a mistake, because when I went back this morning to include them in this post, I saw that they’d updated the article so as not to look like they were full of sh-t.

My point, though, is that Adele made a point in her Vogue interviews of making sure we know that there’s been a lot of bullsh-t written about her the last few years. That almost all of it wasn’t true. And that may be why she’s so open now, as she’s about to release her new album, she’s sharing so much about her life.

Or maybe that’s just who Adele is. She may look different, but she isn’t different – and that’s also one of the points she’s trying to make: how hurtful she found all the comments about her body, especially when people were suggesting that just because she’d changed her appearance, she must have changed her personality. That’s actually not what happened at all.

What happened is that she went through some deep ass life sh-t. She wasn’t happy. She made the decision to end her marriage and disrupt her child’s life. This, for me, is Adele’s most intimate, most vulnerable reveal in these interviews. This is what makes her so f-cking real:

“On the whole, Adele says, the divorce has gone as smoothly as a divorce can. Konecki lives across the street, in a house Adele bought for him, and they share custody (and do regular family movie nights). Even during the turbulent moments, Adele had faith that she was doing the right thing: “If I can reach the reason why I left, which was the pursuit of my own happiness, even though it made Angelo really unhappy—if I can find that happiness and he sees me in that happiness, then maybe I’ll be able to forgive myself for it.” But she couldn’t prevent the pain she was causing him in the meantime. One day, when he was only six and a half: “He said to my face, Can you see me? And I was like, Uh, yeah. And he was like, Cause I can’t see you. Well, my whole life fell apart in that moment. He knew I wasn’t there.” She decided to have regular conversations with Angelo about what was happening. “That’s when I started sharing with him.”

That’s about as candid as it gets where celebrities are concerned. That’s a gut punch. That’s Adele telling millions of people that she was emotionally absent from her child’s life – and you don’t have to be a parent to imagine the feelings that would have accompanied that realisation.

These are the kinds of specific memories and experiences that she shares throughout both interviews, I guess because if you’re Adele, if you’re going to do it, and do it twice but, really, once (I really don’t think we’re getting anything more in depth than these two profiles) you might as well go all the way, why bother half-assing and evading. And besides, after the Vogues, she won’t have to talk anymore because, presumably, once the album is out, it will talk for her.

The album, then, is indeed what we anticipated: music to cry to. But not a conventional kind of breakup album. As Adele said, it’s more about “me divorcing myself”. So, yeah, no. This is not a club jam. Adele is going deep – and she’s taking us with her.

Interesting, though, that even though deep is where we like to be where Adele is concerned, she seems to be managing expectations. She says that this album is full of music she made for herself, music written for her, and for her son. That while 21, her previous album, is a work that she’s let go of because it “doesn’t belong to me anymore”, this one is hers to keep. And perhaps for that reason, it might not be a chart topper the way her previous ones were?

“She avoided writing a certain kind of song for the next album, for instance. “There isn’t a bombastic ‘Hello,’” she tells me at one point. “But I don’t want another song like that. That song catapulted me in fame to another level that I don’t want to happen again. I’m not saying I’ve got ‘Hello’s in my pocket. I was just conscious that I didn’t want my story on this album to sound like that.”

Well now I want to know what Adele’s version of UN-bombastic sounds like. At the same time, you know who she may be taking the lead from here? Beyoncé, who comes up in a big way in the Vogue interview. Beyoncé is always expanding her sound. Beyoncé doesn’t repeat herself. Beyoncé could easily have put out more “Crazy in Loves” or “Single Ladies”, but Beyoncé would not limit her artistry to mainstream radio play. Adele is very clear about her adoration and admiration of Beyoncé both as a fan and a fellow musician. So it’s not an insult here to say that Beyoncé may have taught Adele something about creativity and the eternal truth that keeps all storytellers honest: give them what they need, not what they want. In Adele’s case, it’s not going to be the bombast, and I can’t wait to hear what that sounds like coming from her.

What won’t change, however, is her recording process. Adele very famously keeps the first take. And it will be the same here on this album:

“As with her previous albums, the vocal tracks are original demos because, she explains, demos have a charisma and an urgency that get lost if you rerecord them. “I never redo my vocals. Never. Never ever.”

You know what that tells me? That as much as Adele has been through, as much as she’s worked on herself, there is one constant that remains: her confidence in her own talent, she trusts her work instinct, she believes in her work more than anyone else. She makes mistakes in every other part of her life, but when comes to work, that’s where she never apologises.

She will, however, apologise when she’s f-cked it up outside of the music. And here’s another example of just how candid these interviews are – Adele spoke about her cultural appropriation with British Vogue:

“She’s quick to admit that she doesn’t always get things right. Who can forget Carnival-gate? On holiday in Jamaica last year, dreaming of being at the annual Notting Hill celebration (cancelled because of Covid), she posted a photograph of herself at an outdoor party wearing Bantu knots and a bikini top made out of Jamaican flags. “I could see comments being like, ‘the nerve to not take it down,’ which I totally get. But if I take it down, it’s me acting like it never happened,” she says. “And it did. I totally get why people felt like it was appropriating,” she says now. Her read had been, “If you don’t go dressed to celebrate the Jamaican culture – and in so many ways we’re so entwined in that part of London – then it’s a little bit like, ‘What you coming for, then?’” She pauses. “I didn’t read the f**king room.” Karma came for her anyway, she adds, drily. “I was wearing a hairstyle that is actually to protect Afro hair. Ruined mine, obviously.”

I am not Jamaican, so it is not my place to say whether or not this is adequate contrition. All I can comment on is that I appreciate that she was open to being asked about it. That there wasn’t a publicist rushing in stopping the conversation when this came up. That she was prepared to go wherever she needed to go to make this a proper interview. Because that’s the fame exchange. And Adele is ready to be famous again.

“But she is trying in small ways to integrate her famous and private selves. For example, she used to avoid going out to dinner or turning up at a friend’s birthday party because she didn’t want people taking pictures of her. These days, more and more, she asks herself: What’s the worst that could happen? With the new album on its way (Adele is adamant that it come out in tangible form—on CDs and vinyl—as well as on streaming services), she has taken to warning her friends in L.A., “I’m getting ready to be famous again.”

That’s a heads-up for us too. It’s officially Adele season. 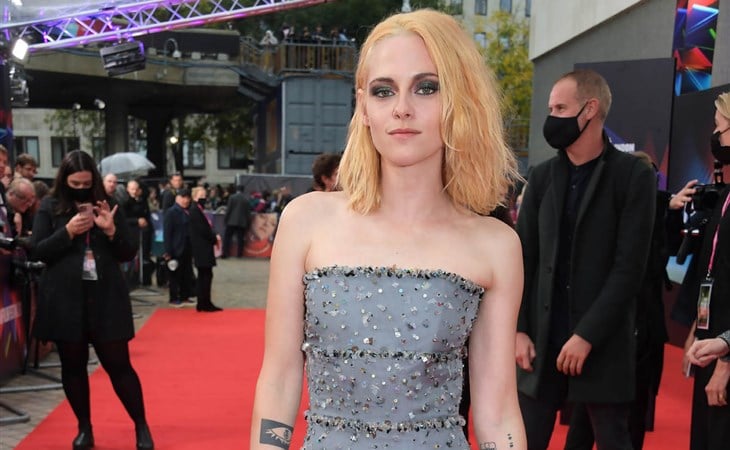 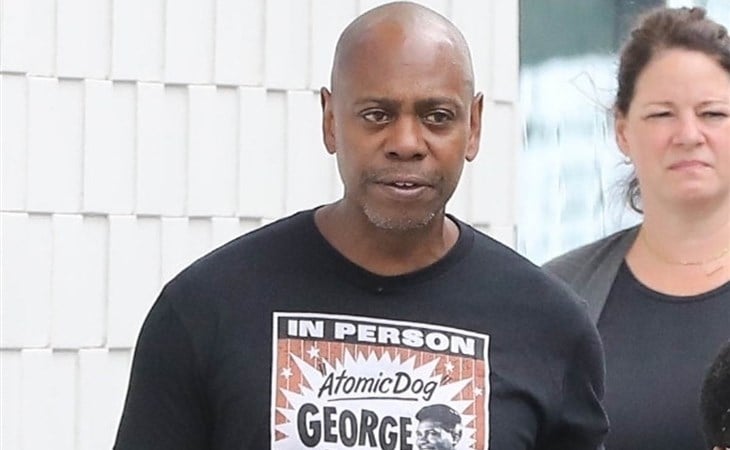