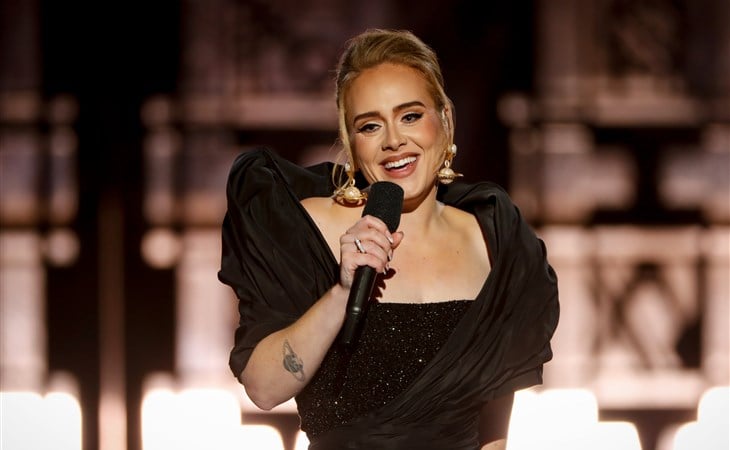 Adele’s One Night Only… Emmy?

Adele already has an Oscar for Best Song. She has multiple Grammys. So she’s halfway to EGOT, and by this time next year, she could also be an Emmy winner, because she co-executive produced her primetime special Adele One Night Only which aired last night and she should submit it for Emmy consideration. That’s the side of Adele that we don’t often see – the Adele who is in full control of her brand, her creative presentation: Adele, the producer.

Onscreen the Adele who showed up last night, both on stage at the Griffith Observatory and in Oprah Winfrey’s rose garden, was the one who is most familiar to us: she’s a performer, she’s funny, that voice, that face, that eyeliner, that LIPSTICK! It’s the moment when her name pops up after Ben Winston’s when the credits start rolling that is the only evidence of the other parts of Adele’s work that makes the high-profile work possible. She is the architect of her comeback promotional push; music and lyrics by Adele, of course, but also everything else BY ADELE.

And this was a slick production. Adele, playing the role of High Priestess of Astrology, singing her gospel from the Observatory, to promote an album inspired by her Saturn return, her Saturn tattoo clearly visible, and those Saturn earrings pulling focus on every closeup shot – fittingly she seemed to have full command of the elements, both natural and artificial as the wind seemed to kick up whenever she flicked her wrists, the screens behind her would change when she shifted her eyes, and the lights ascending and descending to match the rise and fall of her vocals.

Adele One Night Only was good television, combining live music, conversation, fashion, surprise, editing, and tech to tell the story of a woman who fell apart, as she describes it, and is trying to put herself back together. On the editing, there are some who didn’t like the back and forth of the interview bits with Oprah cutting in between the songs. I actually appreciated that Adele and the producing team took that swing. That’s what made it different from, for example, an HBO concert special. For me it worked because the theme of each interview segment matched the song that preceded or followed it. That gave the special some narrative structure and while, sure, it would have been more conventional to do the interview first, and the concert to follow, playing with the format is achievable with an artist like Adele, who has the natural energy to carry through the momentum shifts from stage to garden settings. And this way it gave them clear entry and exit points to the performance so that they could massage out whatever technical adjustments needed to be made – remember, this took place outside, as the light was constantly changing, I imagine they would have to make some adjustments to the tech to account for the lighting alone, in addition to sound tweaks, and other technical considerations.

As for the surprise of it, the proposal couple Ashley and Quentin, that was the part where initially I wasn’t sure if it would work. Stunts like this can be super awkward because why would you want to take the camera off a superstar and put it on two people the audience doesn’t know or care about. It’s a major risk, but Ashley and Quentin were so charming and sweet, and Ashley’s reactions were so hilarious, they actually pulled it off – which, to go back to the work of it, means that they did a good job with casting. This is what I mean about the level of production here: they brought together the full catalogue of essential television skillsets, on top of the star power of Adele, who used her star power to draw more star power.

Adele recently told Rolling Stone that she was initially hesitant, even after moving to Los Angeles, to become friends with other celebrities – and what people like Nicole Richie and Jennifer Lawrence brought to her life once she allowed herself to let friendships develop. Nicole was there last night, along with dozens of other very famous people, including Lizzo, Donald Glover, Selena Gomez, Melissa McCarthy, Ava DuVernay, Seth Rogen, Gabrielle Union, Dwyane Wade, Ellen DeGeneres, Gayle King, James Corden, Gordon Ramsay, Sarah Paulson, Tyler Perry, Leonardo DiCaprio, and of course Drake.

So, basically, it looked like an award show. Pretty sure no one had to be coerced into going, knowing how special the event was, the exclusivity of it, and celebrities love that sh-t – even those who aren’t “comfortable” being on camera. Like I can’t imagine Leo minded all that much that there was a long lingering shot on him in the first quarter of the show, having heard Adele tell the audience earlier that she personally curated the guest list so that she could have people she felt safe with for her first performance in six years.

But also, that was her flex, that’s where she was willing to go to deliver two hours of television that, for sure, the industry was paying attention to and ahead of the release of 30 on Friday which is expected to be a monster success. Adele showed the sh-t out of her work last night. Also…she revealed that she deadlifts 160 lbs?! LOL that was my biggest takeaway from the interview portions of the special. I do deadlifts two or three times a week and my weak ass – literally – can only manage 25 lbs deadlifting, which is an improvement from the 20 lbs that I was doing six months ago. But she says she started at 10 lbs. So now I want to believe I can get to 50 lbs in six months. Adele is now my fantasy trainer! 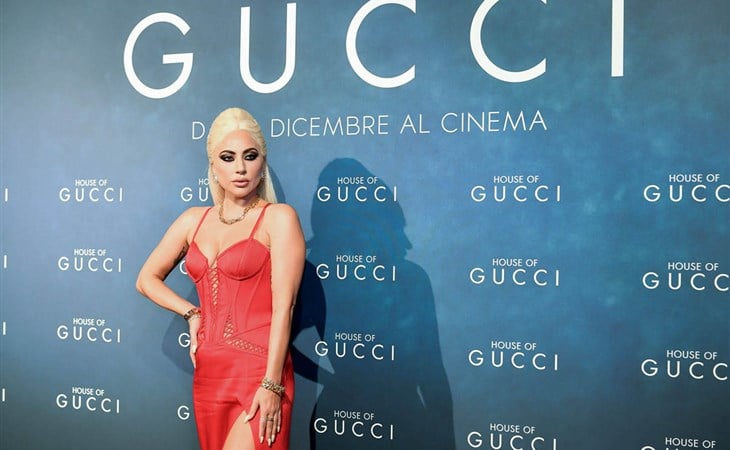