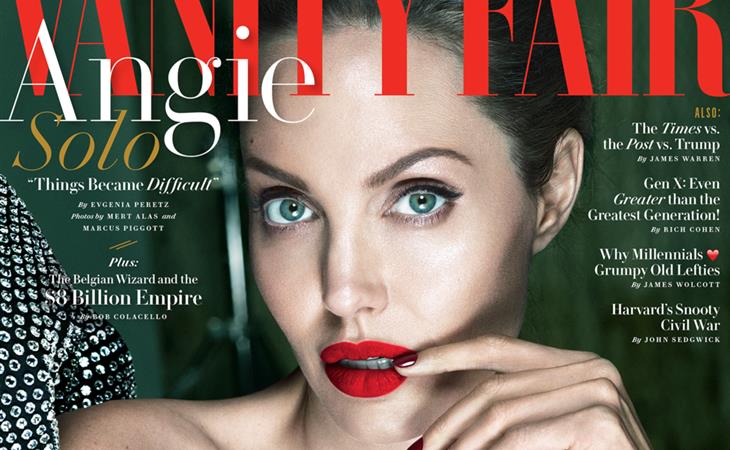 As mentioned in today’s open, Angelina Jolie is back in the game, with two films confirmed at TIFF and, though it’s not official yet, she’s expected in Telluride with First They Killed My Father. Now look at the timing – 24 hours after TIFF’s announcement, Vanity Fair has released their September cover story featuring Angelina Jolie in her most significant interview since World War Brange.

There’s a lot to unpack here and we probably have to get to it in stages. Duana and I are considering it for the next episode of Show Your Work because we covered Brad Pitt’s Make Brad Pitt Great Again GQ Style interview and it’s impossible not to compare it to this Angelina Vanity Fair profile. Both pieces open with descriptions of their respective homes – Brad’s at the place in the Hollywood Hills that he’s owned since 1994 and Angelina’s in the new mansion she bought earlier this year. Both manage to include their dogs – Brad’s bulldog, Jacques, is namechecked because of his snoring and Angelina’s Rottweiler, Dusty, bounds into the living room straight from the pool and messes up the couch. (That’s probably a metaphor for who they are as individuals.) And also…

They both make tea!

Brad’s all about the matcha and Angelina ends up spilling hers. Literally. Ha!

But there are differences too. In GQ, the writer makes note of the kids' bikes and pool toys sitting around the house, strategically placed details meant to suggest that Brad sees his kids even though it’s been a while since we’ve seen him with his kids. In Vanity Fair, by contrast, with Angelina, the kids actually show up. There’s Zahara, “Zaz”, coming down the stairs to hug the dog. Then Vivienne arrives home from a sleepover (WHO ARE THE JOLIE-PITT KIDS HAVING SLEEPOVERS WITH, OMG) and runs off to play with her friend. Shiloh and Knox are hanging outside on the patio. The point here is that Angelina’s house is full and her life is full, just as the point in the Brad Pitt piece was to present to a man renewed in solitude, and if you happen to notice that he’s hot again and sympathise with his loneliness, that works too.

When Brad Pitt and Jennifer Aniston broke up, it was impossible to separate them from each other. It seems even more unfathomable to separate Brad and Angelina, ever. Angelina haunted Brad between every word of his GQ “mea culpa”, as it’s been referred to, and the memory of Brad isn’t just a hovering presence in Vanity Fair, you can almost smell him. Angelina being Angelina, one of the smartest celebrity strategists in the business, it’s not like she wouldn’t know. Brad Pitt would have known too when he sat down with GQ. So what sets these two articles apart is in the writing.

Brad’s GQ profile was a straight up Q&A with a writer who, very obviously, had a mancrush. Nothing was challenged or pressed. It was exactly the piece that Brad’s team intended it to be. The Vanity Fair piece on Angelina is written by Evgenia Peretz, not exactly an amateur, and definitely someone who understands what defines a Vanity Fair profile – you want to know when she looked down, when her voice changed, when she became more animated, these are the kinds of details that fill in a celebrity profile. And, of course, definitely, you need some distance.

Which is why Evgenia describes Angelina as “a bit defensive” when she’s asked whether or not Angelina’s peripatetic lifestyle preference contributed to the breakdown of her marriage. Which is why she tells us that Angelina seems “unmoved” when Brad’s GQ meditation piece comes up, even though he HAD HIS PICTURE TAKEN WITH TEARS IN HIS EYES. Which why she notes the “anger and pain right there beneath the surface” after Angelina gives a diplomatic response to whether or not she and Brad have started putting aside their differences. Which is why she actually goes for a follow-up when Angelina talks about how the children have coped:

Jolie has indicated that, for the sake of the kids, she doesn’t want to talk about the breakup. And yet it seems she wants to get her point across, which calls for a careful choice of words, something of a high-wire act. “They’ve been very brave. They were very brave.”

“In times they needed to be.” Other statements are similarly cryptic. “We’re all just healing from the events that led to the filing . . . They’re not healing from divorce. They’re healing from some . . . from life, from things in life.”

THAT. That, right there, should tell you everything about why Angelina Jolie went to Vanity Fair and, in particular, Evgenia Peretz. Evgenia has the experience to know when to bite and what to bite at. There’s a reason Angelina chose that word, “brave”, in particular. It’s the reporter’s job to not only pick up the crumb but to handle that crumb in a way that serves both the subject and the reader. Angelina clearly isn't interested in playing “oh it’s fine, nothing to see here!” and we clearly aren’t interested in that either. Gossip delivered.

I wonder what would happen to us if Angelina and Jennifer Garner became friends. Because imagine if the two actually combined their powers?

Jennifer Garner told us (also in Vanity Fair, ahem) about living in the sun and the shadow of Ben Affleck. She “blessed his heart” for his phoenix tattoo. She refused to be the ashes. Angelina Jolie’s style might not be Amazing Amy, but she too is refusing to participate in the phoenix rising of Brad Pitt. And she’s doing it in red lipstick, with her cleavage bared, red nails playfully teasing her mouth, seated on a director’s chair manspreading like a boss. As if to say, “I’m back …and it’s just me now”. 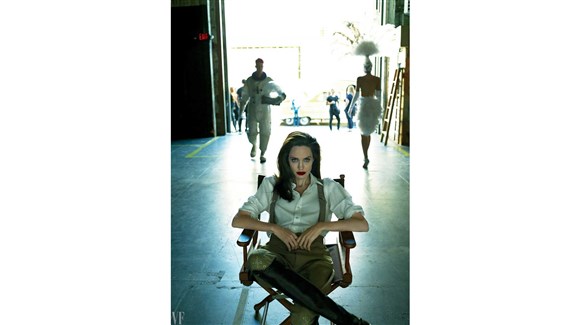 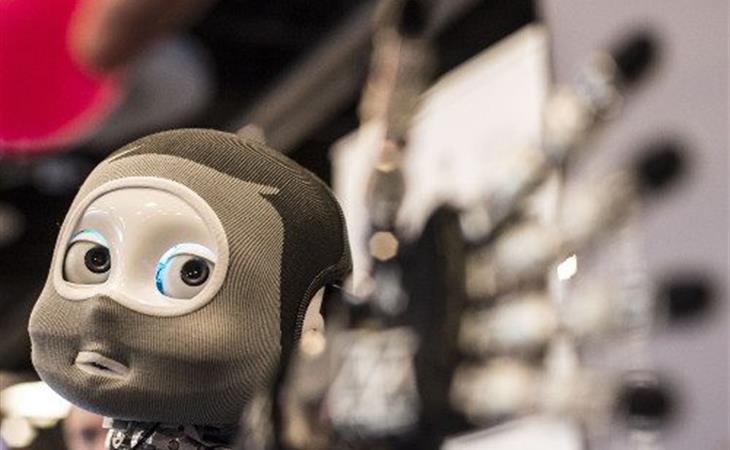 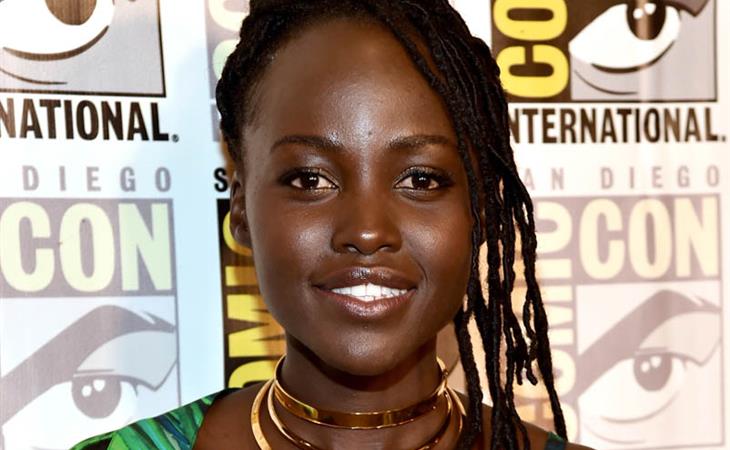