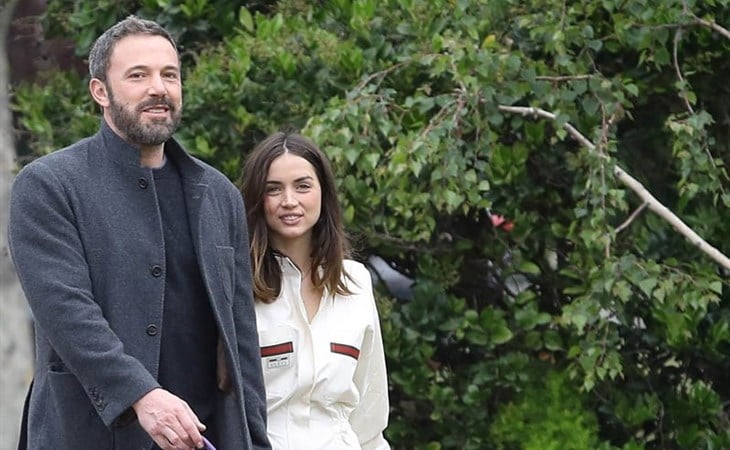 When I posted about Ben Affleck and Ana de Armas on Friday, noting that they’d not yet stepped out all week for their dog walks, it happened just an hour before they… stepped out for a dog walk. But it was just in time for What Else? that day so it kinda worked out. They’re so unintentionally accommodating.

Ben and Ana stepped out again on Sunday and here are the new shots of them with both dogs and Ana wearing a white jumpsuit. Her lockdown wardrobe has been pretty extensive so far. Have there been any repeats? It’s none of my f-cking business, obviously, but I’m also curious about the logistics. Supposedly she has a rental in Venice. Did she pack up allllllll of her sh-t and bring it to Ben’s? Are they officially cohabitating or is it a lockdown arrangement for the duration of the pandemic only? Or maybe she’s been online shopping?

Anyway, as you can see, they’re clearly happy and there doesn’t seem to be much drama as Ben was also seen on Friday spending time with his kids, taking his son for a bike ride. Then, on Saturday, he played poker with his celebrity friends, a virtual game to raise money:

What’s the name that jumped out at you there? If you say Tom Brady, you answered wrong. It’s Tobey Maguire!

Tobey + poker is always a story, since we know how involved he was, allegedly, in the Hollywood Poker Ring and, allegedly, what a dick he is when it’s poker time. Haven’t heard much about what went down during the game and I didn’t bother streaming it and there haven’t been too many headlines. Needless to say, Tobey’s poker behaviour during this fundraiser wouldn’t be anywhere near what he was like during those infamous games where so much money was exchanged – and he reportedly took a LOT of it. Interesting person to involve in this, non? 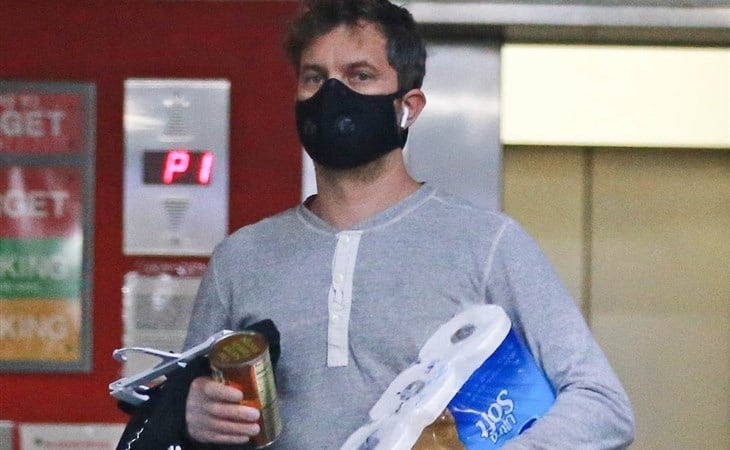 Joshua Jackson: TP and a can of beans