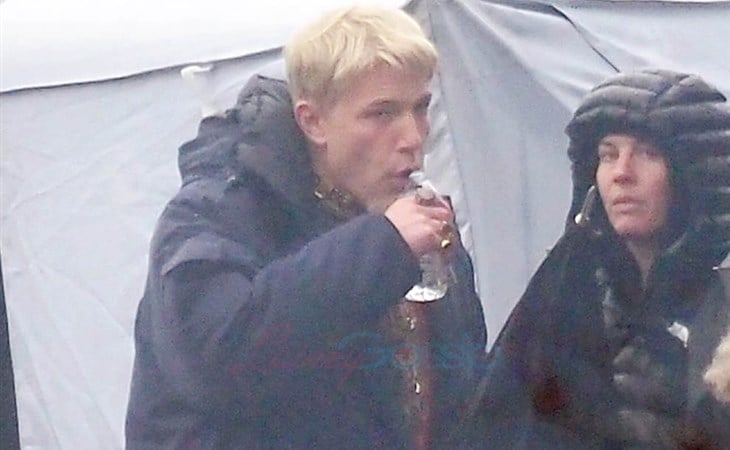 What have I been telling you about this movie?!

The movie is The Last Duel, starring Ben Affleck, Matt Damon, and Adam Driver, directed by Ridley Scott, about a couple of 14th century Frenchmen who fight each other over whether or not the other raped his wife – already a problematic premise. Also problematic?

The fact that Ben and Matt, who have many talents, are not really period piece dudes, I’ve been saying this for months! Some actors just can’t pull it off, and that’s OK. One person doesn’t have to be all the things. Last week I posted photos of Matt in character, and his hair cut the way they styled it back then and it was, well, distracting. It looked like Matt Damon in costume. When an actor looks like they’re wearing a costume, that’s taking away from what you believe you’re seeing.

And now Ben has entered the picture. Blonde. Seen here on set a few days ago.

Remember, we were already starting at a deficit with this being as both Ben and Matt don’t really transfer well, physically, to old times. And now you’re throwing a blonde wig on Ben and… I look forward to the cinematic skills of Ridley Scott to convince me that this actually helps the movie because, man, I don’t know how I’m going to be able to take it seriously.

Is he blonde because they’re trying to make him look young? What, exactly, is the value of the blondeness here to the story? Hilariously now I think I’ll go see it just to find out.

Anyway, if you’re wondering why I called it a wig and not a dye job it’s because that was earlier this week. Yesterday Ben was back in LA and photographed with Jennifer Garner as they spent time with their son. He’s been talking about her recently while promoting The Way Back and, of course, only has the best things to say about how she handled her personal struggles. She was his greatest asset while they were married. And she is still his greatest asset now that they are no longer married. I really, really hope she feels acknowledged for it. 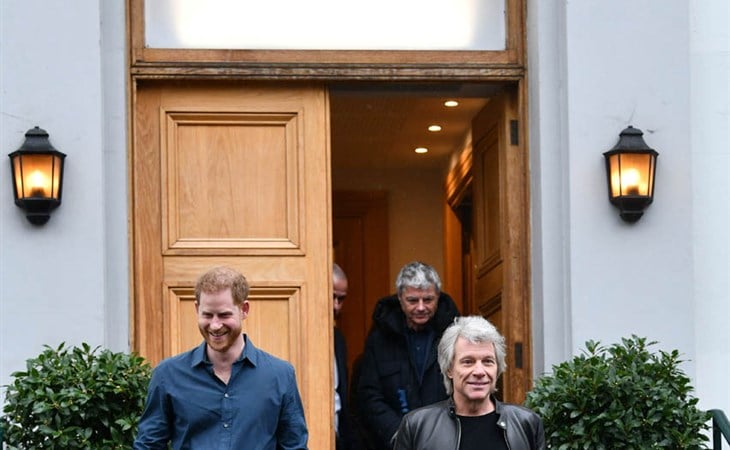