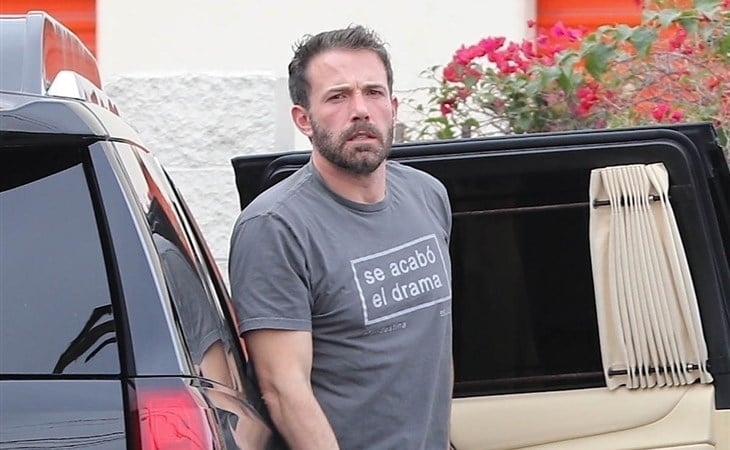 Wearing your drama, as words on a t-shirt, is way better than living the drama. And despite the fact that 2020 has been a f-cking prick of a year, Ben Affleck, as least publicly, didn’t have a bad one. While Ben may not have been involved in any drama in 2020 though, he was still making headlines, obviously. With Ana de Armas.

I thought we were already on this?

So why are we talking about it now? I mean, it could just be that PEOPLE needed some content since there are restrictions in place in LA and the Warner Bros mess isn’t really for their audience. They are quoting at least two sources for this story though. So it could also be that for whatever reason, as people have been speculating about their living situation, they’re ready to confirm it, that they are indeed sharing a home.

Which…again… I don’t think changes anything since it was already pretty obvious back in March, what with the dogs staying over and them in lockdown together that it was already quite serious. Still, sometimes these small stories set up some bigger ones. Not always, but sometimes.