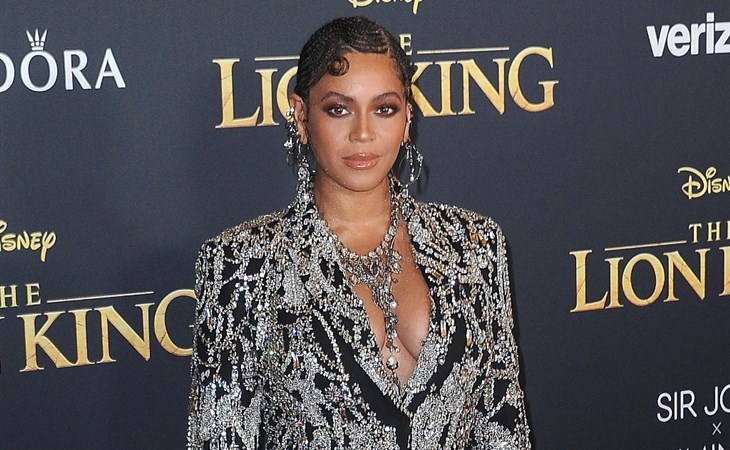 By now you know Beyoncé dropped her stunning visual album BLACK IS KING overnight to the delight of Beyoncé fans around the world. It’s a stunning piece of film, in a way that surpasses her previous two visual albums, but I think Beyoncé knows the real value in this project is what it means to Black and brown people around the world. Especially young people. She’s speaking in the ears of those who are still finding their self-worth and figuring out their value in the world and likewise, how the world will value them. Maybe I’m slightly outside that core demo? But self-worth is a lifelong journey for some of us and now that I’ve had some time to sit with the film, I’m starting to understand the value it holds for me.

It was a struggle to make it to the 3AM ET premiere on Disney+, but I commiserated with the Beyhive on Twitter who also failed to make the smart decision to nap beforehand. Twitter even created a custom animation when you “like” tweets that use the #BLACKISKING hashtag. Some of us may remember the confusion and somewhat messy rollout of Adidas by Ivy Park; this was not that. The clock stuck 3AM, I refreshed the Disney+ page and there was the play button waiting for me. No stalling, no site crashes.

The film was immediately more cinematic than I expected. Beyoncé makes her debut at the end of a gorgeous drone shot, and it’s regal as hell. That’s really the goal here; make Black people regal — aesthetically and metaphorically. She laid it out right there in the title. BLACK IS KING doesn’t mean Black is supreme — you can sit down, Terry Crews! It’s about repositioning the cultural attitudes around the word Black when it comes to an entire race of people. Black isn’t ghetto. Black isn’t less than. Throughout the film Beyoncé keeps bringing it back to her thesis. Black is strength. Black is beauty. Black is what makes you a King.

It’s not a foreign concept to many. I have guys in my own circle who go by King, some via nicknames, others have it listed on their birth certificate, but it’s always a callback to the dynasties of Africa, before colonization ripped through the continent. That’s exactly where Beyoncé roots this film. The story, the dances, the fashion, the hair… it’s all African or inspired by. I appreciate Beyoncé taking the Queen and King moniker bestowed on young Black girls and boys and directly linking it back to the motherland. A lot of us feel a disconnect with Africa. It’s part of the reason the catch-all term African-American has fallen out of fashion for our neighbours down south, in favour of Black. The Atlantic slave trade is the reason for this disconnect. Even for me personally, I can tell you my white side of the family is French and German, I cannot tell you where my Black heritage stems from. I can only say we’re Black Nova Scotian. Black Nova Scotians have deep roots, but not Indigenous roots, so where my family originated? That info got lost along the way.

Lainey asked me if I see myself in the film and I don’t, and that’s fine. I’m mixed race and I don’t often see my specific experiences reflected on screen — other than Black-ish (I’ve yet to watch Mixed-ish). But I don’t think right now it’s that important to see my exact experience portrayed, because I have privileges my Black brothers and sisters do not. One of them is seeing a little bit of myself in so many different characters and stories. I don’t see little Cody in BLACK IS KING, but I still related to it, and it was the ‘King’ messaging that sat with me the most. Growing up, the positive forces in my world always held the sentiment that ‘you’re a king, despite your skin.’ Let me start by saying they meant absolutely no harm by that. They were saying racism won’t dim your light, you can do anything you want to do. Which is great. I feel like many of us have succeeded with the mindset that our skin colour isn’t going to hold us back. But, as I’m watching this film, Beyoncé’s telling me ‘no, actually you’re a king, because of your skin.’ It directly aligns with a cultural shift that’s been happening. It’s no longer okay to say, ‘I don’t see colour.’ We all see colour and we’re going to celebrate that. It’s explicitly because I’m Black and you’re Asian, you’re Latinx, and you’re white and we’re all bringing our unique perspectives to the table that we’re stronger because of it. Yes, Beyoncé, flip that narrative. Your power lays in what makes you different. That’s what we’re teaching kids to lean into, and I’m learning to lean into that in my 20s as well.

One of my standout moments in the film (because it’s so hard to rank which moment is the best) was “Brown Skin Girl.” Partly because the song is already so powerful and has meant so much to Black women since the moment it was released, and partly because I will forever stan #BlackGirlMagic, because I’m the proud son of a Black woman. It was a joy to see their joy onscreen. I loved that Bey prominently included an albino Black woman, and a Black woman with a hijab, and Black women of every shade. A moment of unity and pure celebration — nothing else.

“My Power” was another standout. Almost everything in this section plays out against a white backdrop, often even the dancers are wearing white. Their Black skin pops, by contrast. It’s made to be the focal point, and it all looks so gorgeous. If there’s a coffee table book with just photos from the set, send the preorder link my way. Name your price.

These are just my thoughts after a couple viewings. There’s so much here. It’s really a visual spectacle and I can tell you right now, I still have not taken it all in. I need rewatches. It demands rewatches. Maybe BLACK IS KING DAY will be annual. In art like this we can certainly find new points of cultural relevance in each passing year. And cultural relevance is something I thought about as Beyoncé pointedly dedicates the film first and foremost to one person, with an end page that reads:

"Dedicated to my son, Sir Carter. And to all our sons and daughters, the sun and the moon bow for you. You are the keys to the kingdom.”

This movie has been in the works for over a year, but Beyoncé herself has admitted it’s taken on a new meaning after the killing of George Floyd at the hands of police earlier this year. I wonder if this was always her intended dedication or if she changed the dedication to her only Black son, given that police brutality disproportionately affects him.

Thank you Beyoncé, for your love letter to Black people. I just hope with each passing year, BLACK IS KING can find more and more points of positive cultural relevance. 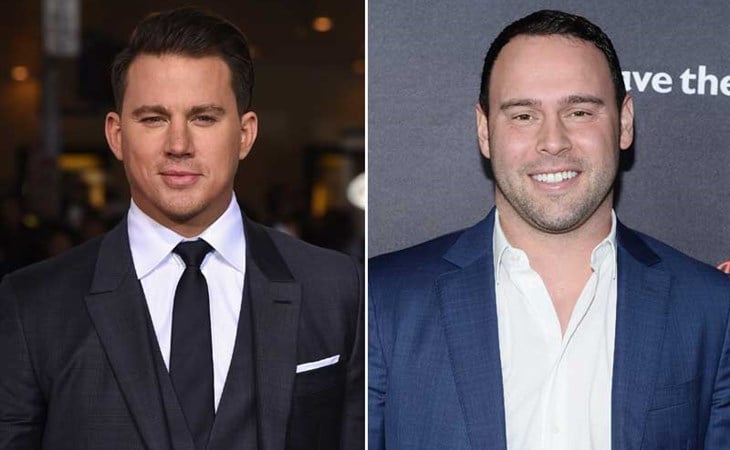