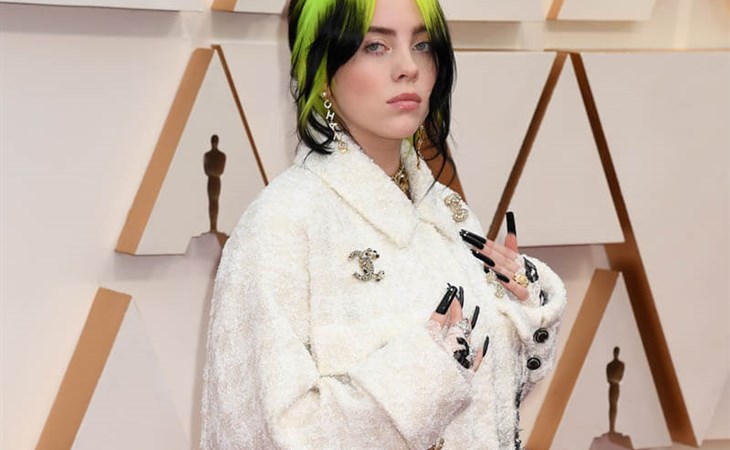 It was impossible to miss Billie Eilish last night on the show, and I am currently pouring one out for all of you whose parents called or texted to ask, “Who’s the one with the green hair? It’s green at the roots!”

I’m not one of Billie Eilish’s devoted fans (don’t call them ‘Avocados’, it’s passé) but I thought she looked great on the carpet -- my research shows the teens love a nubbly garment, so why not go to the formal version of a fuzzy pajamas? You know everyone else would if they could. But the outfit may as well have been a basic black dress for all the attention it’s getting. Ditto for the actual reason she was there, singing “Yesterday” for the In Memoriam segment, though in fairness, you hope that segment goes over without comment.

No, the Billie Eilish story today is, of course, this:

That’s her reacting to Maya Rudolph and Kristen Wiig, though many, many outlets have said she was reacting to Eminem’s performance. It’s understandable because her face is less, uh, incredulous, but no less expressive:

I think what we can gather here is that Billie Eilish is A Young, and not up with the old-timey clothing-based songs of… stuff we watched growing up because nobody cared if our demographic was being catered to.  Which is charming and appropriate, because she’s 18 years old and why should she? (Hasn’t stopped her fans from passionately defending her against accusations of rudeness, though, explaining that she was looking at herself, okay!?! Wouldn’t YOU make that face if you suddenly saw yourself on the big screen?! Hello, leave Billie alone!!)

But if Billie is A Young, then I have to accept that we are Olds. Because when Eminem came out to perform “Lose Yourself”, under the somewhat flimsy pretext of ‘pop music makes movies great!’, everyone watching with us was shocked and delighted. It was a surprise treat! That song was a massive hit back then, and I don’t know of another one the Oscars could have pulled out, especially in a surprise performance that wasn’t even listed on official Academy documents, that would have had so many people unexpectedly delighted.

Billie Eilish, on the other hand, reacted as though she was watching her dentist chair-dance to a jam while inspecting her gums. It just wasn’t for her, and that’s…. fine, I’m just aware that we’re all old… as evidenced by these reactions to Eminem’s performance. Do not miss Martin Scorsese at the end:

Here are all the audience reactions to Eminem’s surprise #Oscar performance... 😂😂pic.twitter.com/zO4YFSGTkO

Meanwhile, you know what else is a surprise treat, though? Discovering the joy of staring at Marshall Mathers’ face. I’m mentally reframing the reference image of him in my head and… occasionally 18 years can be really kind to a person, you know?

I got to see my Uncle Elton tonight at the Oscars. Congrats on your win too, Sir! @eltonofficial pic.twitter.com/9HsQHvGzM4

Regardless of your feelings about Eminem – or your feelings on Billie Eilish’s feelings – it’s nice to know we can all agree on the big things, like that Jerry (remember, I said we were over needing a last name?) on the red carpet, in full Navarro College gear as a correspondent for EllenTV, is the best thing that happened at the Academy awards? Also, sidebar, if he’s gonna be a TV correspondent, can we go further than just entertainment events? How much would you pay to see him mat-talk the kids in the Scripps National Spelling Bee?

Jerry chatted with Brad Pitt and Idina Menzel, as you do, but only he and Billie had a little wee fashion moment with his championship ring (as IF Lainey tried to tell me earlier that this was a spoiler!!).

And if I’m being super real with myself, she was probably one of the only people Jerry actually knew of before he got the assignment – maybe they even met up at one of the after-parties to giggle about all the Olds who wouldn’t stop patting them on the head and telling them how sweet they were. In fact, that definitely happened – why are adults the worst? And why are you all yelling at me that I am one? 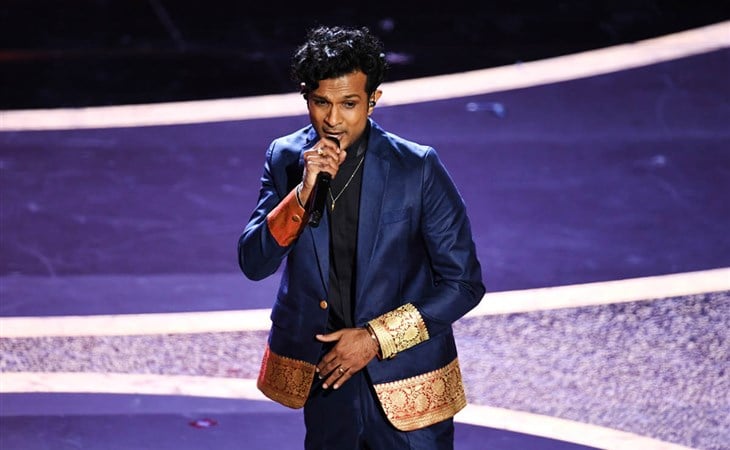 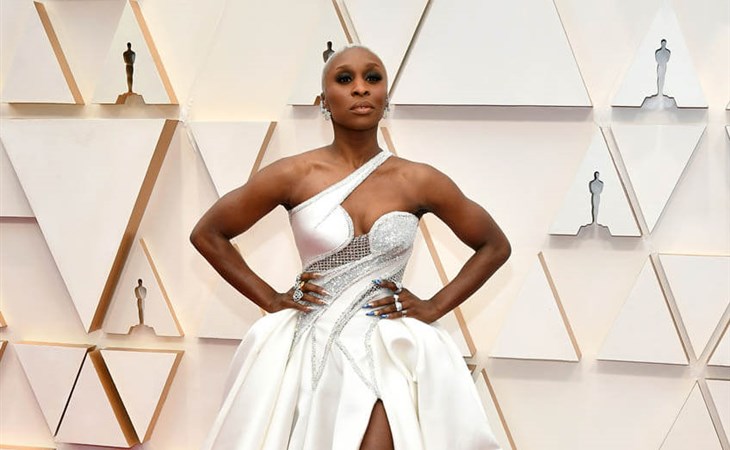