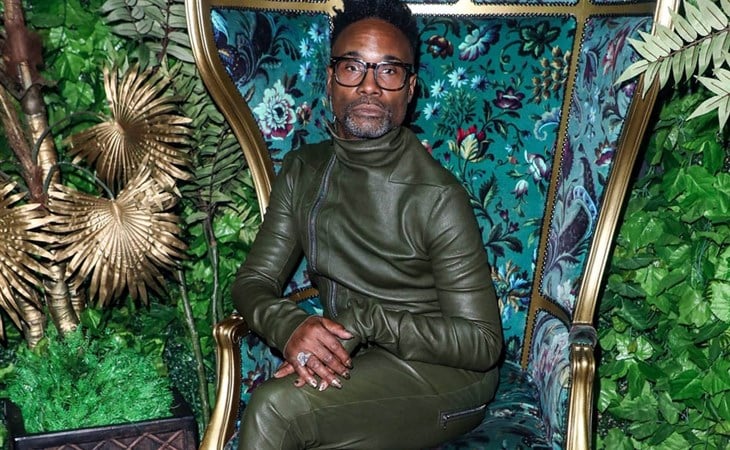 Billy Porter’s gender-bending looks have made him a red carpet fashion icon. That’s not up for debate. I guess what is up for debate is whether he deserved to be on the cover of Vogue showing off his gender-fluid fashion choices instead of Harry Styles, who became the first man to cover American Vogue almost a year ago — in a full-length dress.

Billy’s criticism went beyond Vogue’s decision-making and included criticism of Harry Styles while chatting with The Sunday Times ahead of releasing his memoir later this month. Most of his anger is about the imbalance in the opportunities he gets as a Black, gay man versus the opportunities given to Harry Styles, a white man who Billy presumes is straight.

"I feel like the fashion industry has accepted me because they have to. I created the conversation (about non-binary fashion) and yet Vogue still put Harry Styles, a straight white man, in a dress on their cover for the first time.”

Conversations like these are difficult because there’s so much nuance that you just can’t wade through it all in the time allotted. Billy is making some points I feel are valid. The high fashion world has a preference for white provocateurs and entertainment sites were covering Billy’s red carpet style long before designers were lining up to dress him. When it comes to Vogue, long seen as the American fashion bible, their preference for white talent in front of and behind the camera has been long documented. But for Billy to claim he created the conversation about non-binary fashion? Or that he was the first one doing it. I don’t think that’s fair to say.

"I changed the whole game. I. Personally. Changed. The. Whole. Game. And that is not ego, that is just fact. I was the first one doing it and now everybody is doing it," he said. "I'm not dragging Harry Styles, but... He doesn't care, he's just doing it because it's the thing to do. This is politics for me. This is my life. I had to fight my entire life to get to the place where I could wear a dress to the Oscars. All (Styles) has to do is be white and straight.”

Claiming you were the first person to do something is always a messy proclamation to make and Billy’s comments ruffled some feathers because he’s basically erasing any man who’s worn a dress before him. New York City fashion and nightlife personality Andre J was quick to point out that he brought gender fluidity in fashion to the cover of Vogue Paris almost 15 years ago.

I Am The First Man to appear on Vogue Paris circa 2007. I set the tone for todayâ€™s fashion/gender fluidity on HIGH FASHION MAGAZINE COVERS. A Black Man did it before Harry Styles. Billy should do more research also pic.twitter.com/LoZrZ54eD7

But Billy is completely right about the privilege at play here. Although we don’t know definitively how Harry identifies sexually, a straight white man sneezes and somebody will write an article about it and if they put on a dress, everyone’s writing an article about it. I’m not sure what evidence Billy has that Harry “doesn’t care”. I think Harry cares a lot about the clothes he puts on his body, especially when creating his own image after One Direction. Even when he’s not in a dress, he favours flamboyant looks with feminine influences and he has a very close relationship with Alessandro Michele, Gucci’s creative director. I think it’s fair to says he’s a risk taker and really enjoys expressing himself through fashion. He doesn’t strike me as someone to wear a dress for attention.

The frustration from Billy is valid, but Harry is getting some of the heat because Billy’s feeling bitter about having to fight for something that he still hasn’t gotten while watching it being handed to someone else. Be mad at Vogue. They’re the ones notorious for running a fashion magazine that takes very little fashion risks on its American covers. Unfortunately, no matter where Billy aims his anger it’s probably not going to get him his flowers while he’s still here. It is a fact that he’s played a major role in gender-bending the modern fashion world and trailblazers in any industry usually don’t reach the highest heights. Billy walked so others can run. Maybe Harry was able to wear a dress on the cover of Vogue because of the work Billy has done and now that there’s a white boy in a dress on the cover of Vogue it’ll be easier for a Black boy to do the same soon. It may not be Billy Porter but icons rarely get their flowers while they’re here.