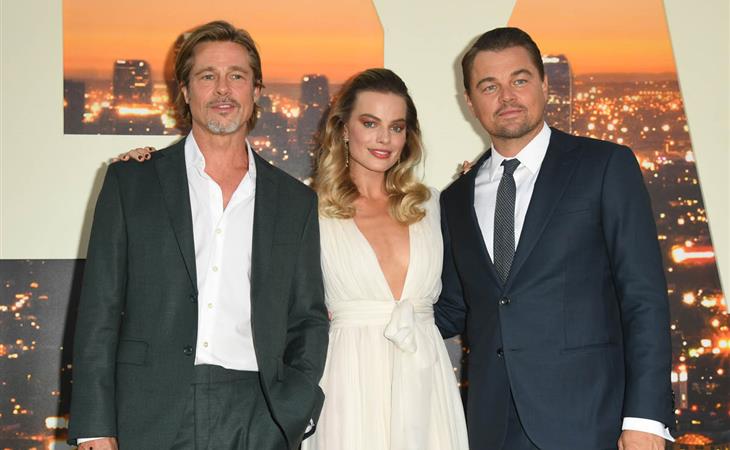 The Passing Through Interview

Watching big stars avoid traditional press is becoming its own form of entertainment. Beyoncé comes to mind, obviously, but Angelina Jolie doesn’t much do the talk show circuit either. And she too has written her own essays for fashion magazines. Angelina junketed for First They Killed My Father though and with Maleficent coming up, given that she’s the title character, and it’s Disney, I wonder what her press tour will look like. I interviewed her on the first Maleficent junket, a proper junket-style interview, but to say she’s “accessible” the way we’ve seen other actors on promotion would be an exaggeration. And, of course, same goes for Brad Pitt and Leonardo DiCaprio who are currently promoting Once Upon a Time in…Hollywood. Last night was the premiere. They dropped by Jimmy Kimmel along with Margot Robbie.

When I say “dropped by”, however, it was literally passing through; they walked across the stage. Margot, of course, is not yet at the Jolie, Pitt, DiCaprio status so if she weren’t on this particular movie alongside these two particular movie stars, she’d probably be doing more of the usual. Here, though, she came out first, waved, greeted Jimmy, and left. Brad followed, same routine, then bounced. Finally it was up to Leo, whose appearance was just as brief, only he dropped a line about inviting the audience to cross the street to see the movie, that’s it. And I wonder if there’s hierarchy there too – it’s not like Brad Pitt is going to do that, so it ended up being Leo’s job…is that how it worked?

Speaking of Leo, Maria linked yesterday in Celebrity Social Media to The Hollywood Reporter piece about how he’s “Hollywood’s last movie star” – because he’s selective, because his movies are always Prestige Award Films, because he’s “mysterious”. This paragraph is what people are talking about, specifically the part where some crew members on the set of Once Upon a Time were told not to look at him:

Off-camera, DiCaprio has maintained a carefully crafted air of mystery. Some crewmembers on Once Upon a Time were instructed to avoid making eye contact with him, according to an on-set source. At the Cannes Film Festival in May, he brought his parents to the Once Upon a Time premiere but skipped other events on the Croisette despite having his security team do a sweep of a Nikki Beach party to promote the environmental documentary And We Go Green, which he produced with longtime friend Fisher Stevens, who says that they are in talks with John Kerry about producing an eco-minded series about threats to the world's oceans.

Gossip Cop came in with the denial about the eye contact thing even though it’s THR and they quoted so many industry power players, like Sony studio boss Tim Roth and Martin Scorsese and Quentin Tarantino. THR is not the Daily Mail. So despite Leo’s publicist insisting the eye contact detail is untrue, that bit seems legit and I’m thinking Tatiana Siegel, who reported the piece and used to be at Variety, and who is now the deputy film editor at THR, probably has some legit solid sources. Leo is famously skittish – why wouldn’t this track?

But it’s the “mystery” part that I find hilarious. No doubt, Leo has tried to “craft an air of mystery”. But is he really all that mysterious when he’s always at the f-cking party? There’s even a mention of being at the party in the paragraph about him being mysterious. And let me tell you from experience – a Cannes Nikki Beach party is exactly the kind of party you think it is: beautiful people standing around being beautiful hoping to be noticed by Leonardo DiCaprio. What, then, was his security “sweeping”, exactly? Do you remember the story that came out in 2017 after the Weinstein scandal broke about how Leo and his Wolf Pack Pussy Posse were behaving at a Halloween party? According to the NY Daily News, his “ambassadors” would circulate the room, asking women for their business cards before surrounding Leo and keeping him away from randoms. Is that how Leo used to, before Camila Morrone, avoid getting into #MeToo trouble? By sending his wolves out to make the introduction, assess the potential of the targets, so that Leo, the Don of his crew, could decide which one under 25 years old he fancied most? This, I guess, is the mystery. She must be under 25 and a model but… beyond that what are the secret ingredients to getting Leo to notice you? What is the specific beauty factor? It’s a riddle and an enigma, you know? Leo is unsolvable. 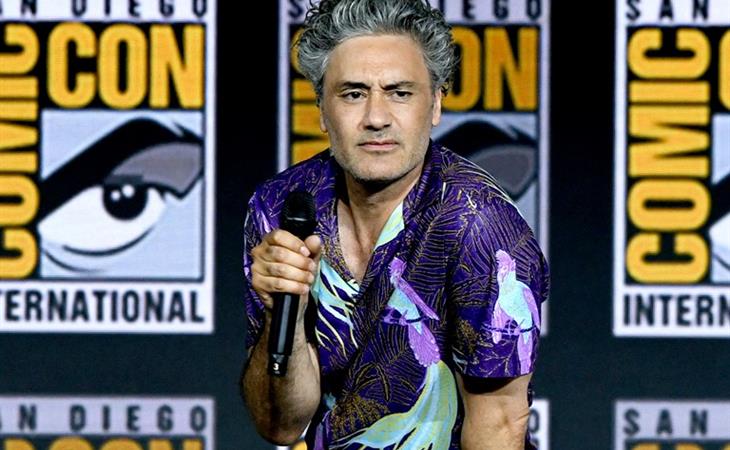 Are we REALLY prepared for Taika Waititi?