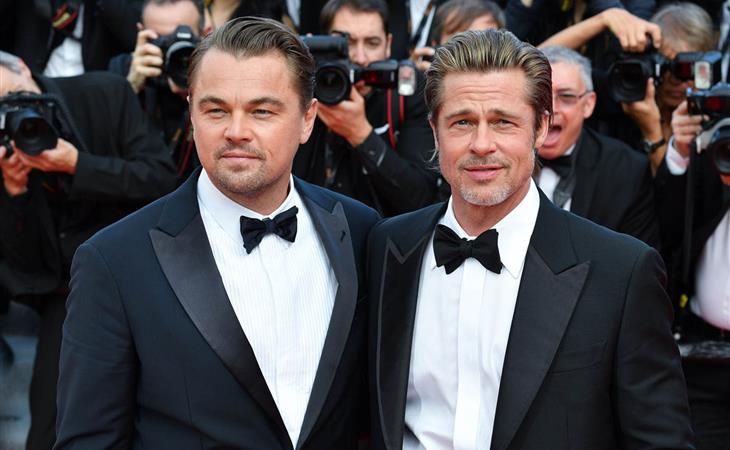 Brad Pitt, Leonardo DiCaprio, and Quentin Tarantino cover the new Esquire promoting Once Upon a Time…in Hollywood. This was my first takeaway from the interview – and it relates to Brad and Leo talking about Luke Perry. Here’s the quote:

LD: And for that matter, you know, Luke Perry! [Perry plays Scott Lancer, another fictitious TV actor.] I remember my friend Vinny, who is in the film as well, we walked in and we both had this butterfly moment of like, “Oh my God, that’s Luke Perry over there!”

BP: “That’s Luke f-cking Perry!” We were like kids in the candy shop because I remember going to the studios and [Beverly Hills, 90210] was going on and he was that icon of coolness for us as teenagers. It was this strange burst of excitement that I had, to be able to act with him. Man, he was so incredibly humble and amazing and absolutely committed. He couldn’t have been a more friendly, wonderful guy to spend time with. I got to sit down and have some wonderful conversations with him. It was really special.

And here’s what I texted Duana the minute I read that: Probably I wasn’t the only one with that reaction but more people are focusing on the fact that this is a BRAD PITT + LEO DICAPRIO situation and, yeah, I get it. We’ll get to it in a minute. I just want first to eyeroll and laugh at Leo’s era nostalgia. He goes on a few times in this Q&A about “how it was then” in Hollywood, since the film is sort of an homage to 1969 Hollywood, the year Easy Rider came out, starring his hero Jack Nicholson. On brand. Johnny Depp has Marlon Brando. Leo has Jack. And, well, it’s not a stretch to assume his wistfulness about being famous then – what that generation of movie star could, ahem, get away with. Brad’s the only one here who brings up that “how it was then” did not afford opportunities for a lot of other people and that “how it is NOW” means that more women are filmmakers, more people of colour are behind and in front of the camera, on set, and participating in the art of entertainment. And he’s the one who has actually put the work into making those opportunities happen. Examples: Moonlight, If Beale Street Could Talk.

As I’ve pointed out before, Leo as the Alpha Wolf doesn’t often hang with someone hotter than he is. And here, he is definitely hanging with someone who’s hotter. Now you see why it’s not a regular occurrence: Leo looks better here than he has in a while…but he’s practically ordinary next to Brad, who’s a full decade older. And it’s not just the face.

Brad Pitt has always, always had a sexy gait. He knows how to hold his body, he knows how to saunter, there’s something about the way he moves his arms, the way he angles his shoulders – it’s cool, it’s swagger, it’s why he broke out in Thelma & Louise. There’s a grace to his physicality that’s always been part of his appeal, over and above what’s above the neck.

Leo, on the other hand, as I’ve pointed out over the years, has no roll. Have you ever seen him run? It’s amazing to me, after all this time, that he’s the sex symbol that he is, because it has to be more than just a pretty face. Sex symbol is a full body requirement. Brad Pitt checks all those boxes. Leo…?

It wasn’t even close back then, like in Leo’s prime. Now though? He’s never getting that back. Seriously, side by side. There’s no f-cking contest.

I’ll leave that there for now. Tomorrow, though, we’re going to deep dive on Brad Pitt’s face. 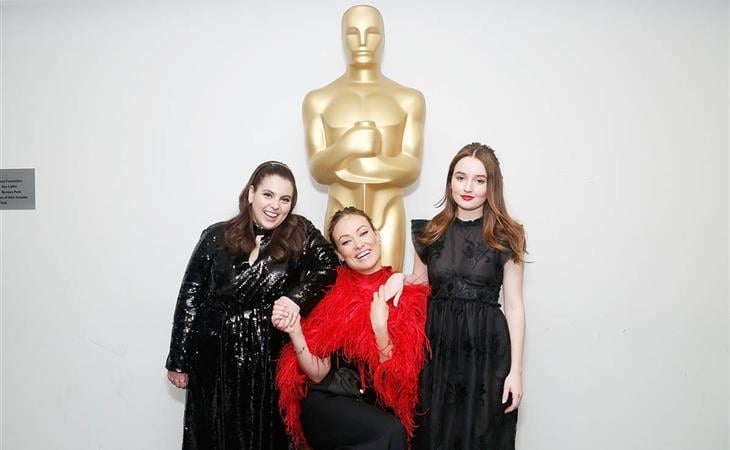 Booksmart: the sleeper comedy hit of 2019? 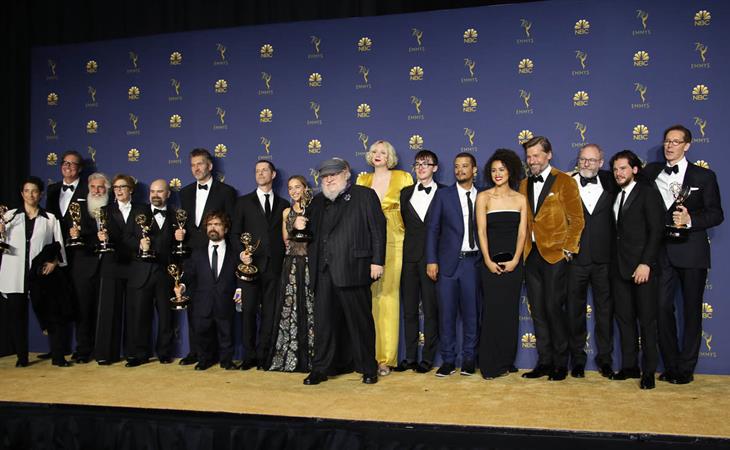