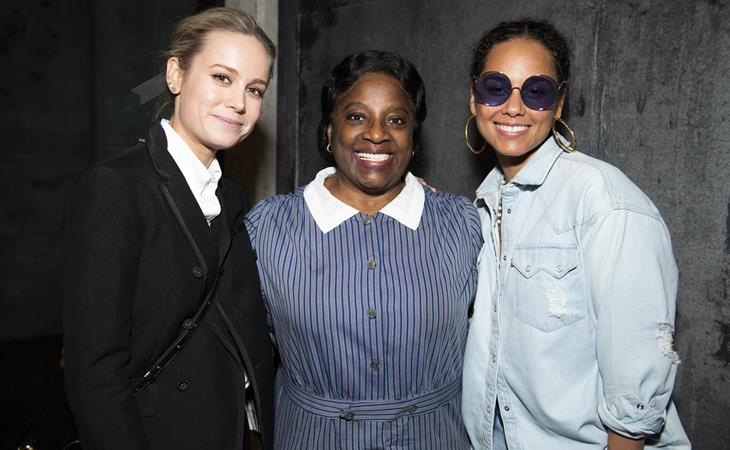 … in Canada. Avengers: Endgame premieres in Canada today, but before we get another look at Carol Danvers and the “things coming out of [her] hands,” Brie Larson took in a performance of To Kill a Mockingbird on Broadway last night. Check out these photos of her backstage with her hair up, in the same double-breasted black suit she rocked on Fallon hours earlier, hugging and cozying up to LaTanya Richardson Jackson who is married to Samuel L. Jackson. Alicia Keys was there too. I love a theatre nerd.

I’m guessing this is Brie’s first opportunity to see the show since previews started last November. LaTanya plays Calpurnia, Scout’s mother figure in the play, and could get her second Tony nomination for her work next week. Not only is Brie checking out a hot ticket, but she’s also supporting her superhero BFF and his family in the process, and following through on her likely promise to Sam to see his wife in action.

Brie and Sam’s friendship is very fun to watch, and just as fruitful on-screen. If you haven’t seen them together in Unicorn Store, which Brie was also promoting on The Tonight Show last night, I’d highly recommend it. Also, fun fact: Brie went straight from the Unicorn Store TIFF 2017 premiere to the Endgame set in Atlanta. But since Sam is in the midst of filming The Hitman’s Wife’s Bodyguard in Europe, we were denied new pictures of Brie and Sam together, AKA Carol and Nick Fury: reunited, at the Endgame world premiere earlier this week. Still, the absence of this photo op does not mean their bond and professional partnership is off the table when it comes to talk shows.

Brie told Fallon that she let out her inner Star Wars fangirl on the Captain Marvel set, when Sam let her hold his Mace Windu lightsaber, which is engraved with, "Bad motherf-cker". It’s also a lightsaber he may not actually be allowed to have.

"He's got cinematic immunity in a way, you know? He does whatever he wants. I want to be a little bit more like him. ... [It was] super heavy, he actually got to pick it out himself, that's like, one of the perks of being a Jedi, you get to build your own lightsaber, which is crazy! I was like (sarcastically), 'I just have things coming out of my hands... I want a lightsaberrrrrr!’"

If Endgame becomes the box office opening weekend record-crusher many expect it to be, will Brie celebrate, possibly with a face-time with Sam? 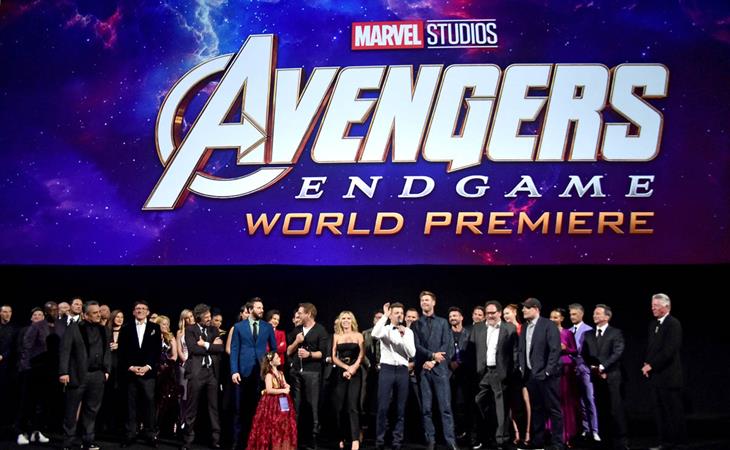 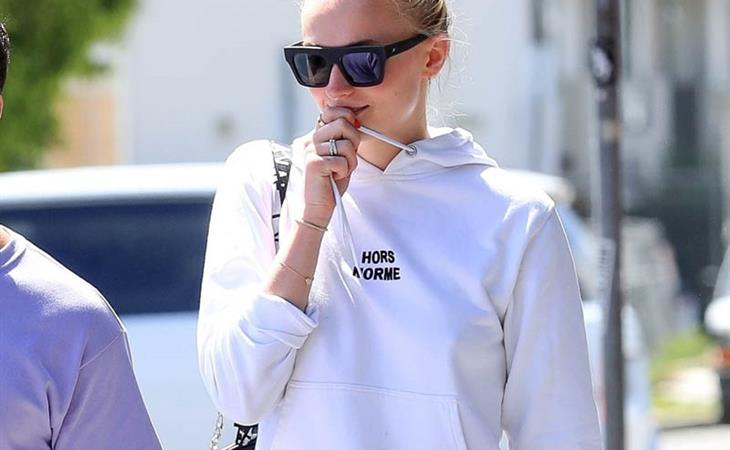