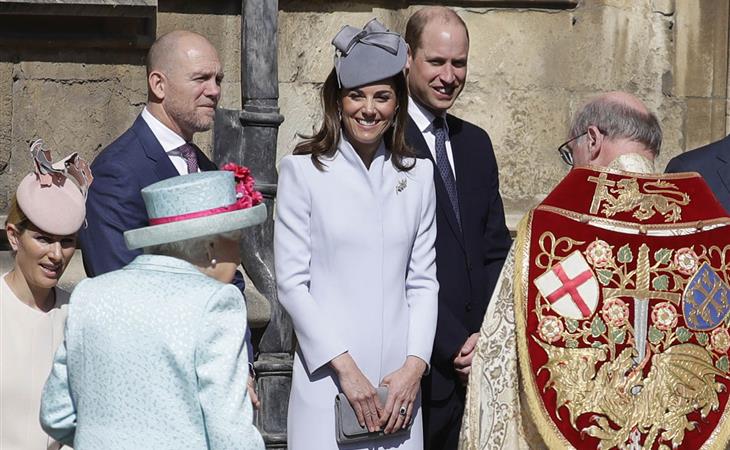 The Sunday Times reported this weekend that there are plans in place to send Prince Harry and Meghan Markle, the royal “rock stars”, abroad for a few years. Canada and Australia were apparently initially considered but both countries were ultimately rejected because of Canada’s proximity to America and American media. Similarly Australia was supposedly ruled out because they’d be just as visible and accessible there. So word is it’s going to be somewhere in Africa, perhaps Botswana, where Harry and Meghan fell in love, and he’s referred to the nation as his “second home”.

The story, as expected, was a bombshell since for the last several months, the alleged rift between the young royals has been making major headlines. Supporters of House Cambridge are seeing this as evidence that the firm is banishing the Sussexes, that this is punishment for them going off-script, a way to rein them in. Supporters of House Sussex are seeing this as a manifestation of Prince William’s jealousy – that he’s threatened by Harry and Meghan’s popularity and wants to take back the spotlight for himself and his wife and kids. According to the Times, Will and his private secretary, Simon Case, are the masterminds behind plan. Quotes like this don’t make Will look great either, with a source telling the Times that:

“People are telling William, "Don't worry. Your influence will grow and Harry's will fade. This is peak Harry.”

Both William and Harry showed up for royal Easter with the Queen at St George’s Chapel yesterday in Windsor and were observed keeping their distance from each other although Harry did interact with Kate.

The Daily Mail followed up on the story with a slightly different spin on the situation, claiming that while there is some tension between William and Harry, their relationship isn’t the only reason for the proposal. Harry has always been interested in spending time abroad and “the idea of a foreign sabbatical is something [he] has wanted to pursue for many years, focusing on issues around conservation, the environment and education”. Also the Daily Mail says that the secondment would be for six months and not two or three years as claimed in the Sunday Times.

To make it all even more interesting, Buckingham Palace isn’t shutting down the rumours:

Buckingham Palace is not denying a report that officials have discussed sending Harry and Meghan to Africa as a way of capitalising on their appeal to young people in the Commonwealth - and of putting further distance between them and the Cambridges.

In the game of sh-t vs diarrheoa, what’s better? Or what’s worse? Rumours of the future king’s Turnip Toff affair or rumours that the two princes have grown apart and one is sending the other away? Is this the royal version of shouting “Squirrel!”?

Here’s the thing – Harry, as the spare, has never been thirsty to rule and now that William has three children, the likelihood of that happening is remote. He does not want to be king, he is not interested in that kind of heat. But he is here to serve and, over the last few years, as he’s matured, as he’s moved past his mistakes, he has served well, he was regularly voted Most Popular Royal even before Meghan Markle came into his life. Welcoming a move away from England, then, wherever that may be, is on brand for Harry, consistent with who he’s shown us to be. He’s not into playing power politics – as evidenced by the fact that he’s taken himself out of the power nexus of Kensington Palace and relocated to Windsor. Some people are trying to spin this as involuntary, that he and Meghan were shipped to Frogmore reluctantly, but I’m not sure that Harry’s ever been about that life, about playing games and engaging in all that palace intrigue.

William on the other hand…

He too, just a few years ago, was hesitant to dedicate himself fully to royal life. He had a job flying rescue helicopters, he and Kate spent much of their time outside of London, in Wales and in Norfolk. It was only in late 2016 that Will and Kate decided they’d move back to London and Kensington Palace permanently, as Big G was ready for school. Coincidentally, that was announced just a couple of months after it was revealed that Harry and Meghan started dating. Will came back to the power centre just as Harry + Meghan were becoming global “rock stars”. He’s had to witness the frenzy over them the past two and a half years right up close. And now we’re hearing that he’s gone from wanting to delay his royal responsibilities to “warming” to the idea of eventually becoming king, all of this as his brother and sister-in-law have dominated global attention. Has all of that been hard on his ego?

Or is all of this completely overblown by the media, by us, by Game of Thrones (LOL) and our projections of art onto real life? Before we start calling for a full-blown war between the brothers, it might be worth revisiting their past. A really great interview came out a few days ago with Miguel Head. Miguel Head was press secretary for Will and Harry for ten years. He left in 2018 and is now doing research at Harvard’s Shorenstein Center on Media, Politics, and Public Policy and he recently gave a fascinating oral history of the media strategy behind Prince Harry’s first tour of Afghanistan. The royal communications team came up with blackout plan to protect Harry and keep him with his regiment as long as possible. All British media agreed to the blackout but it was eventually leaked via The Drudge Report, picking up on a story in an Australian tabloid, resulting in Harry having to leave several weeks before the assignment was scheduled to end. Harry was really, really disappointed, he came back exhausted and bummed out. Prince Charles and William were there to pick him up – but he couldn’t go home until he’d honoured the press obligations that were promised in exchange for the blackout. Miguel picks it up from here:

It was very sudden for [Harry]. What was very sweet was that his father and his brother came to meet him at the airport as well. And that was the first time I met Prince William. I’d met Prince Harry in the run-up to his going to Afghanistan, part of the sitting in for the interviews he gave, but Prince William I hadn’t met before.

It was the first time I realized, that I saw with my own eyes, the closeness of the relationship between the two brothers. Think about the mixed emotions Prince William would have had, because he wasn’t allowed … he never got to go. So he would have known how Prince Harry felt, and he was very protective of him.

He comes upstairs with me, sits down in a chair, and the interviewer starts going with his questions …

So Prince Harry comes off his aircraft, and he’s exhausted. He hasn’t washed for a day and a half. He’s still wearing what he was wearing in the desert in Afghanistan. He still has sand all over him. And so he’s really tired; he slept overnight on the plane. And he’s also just deeply upset. The interviewer and the producer start asking the pre-agreed questions that have been very carefully negotiated by all the broadcasters, who all have slightly different angles regarding what they want to ask Prince Harry about.

We get about two questions into this list of questions, and Prince William suddenly stands up. He’s at the back of the room — he stood kind of behind me. He stands up and does a cutting motion with his hand across his throat, saying, this is over.

It was simply a brother realizing that at that point nothing was more important than his welfare, and none of the other agreements mattered at that point. And it says something about the closeness of the two brothers and their authenticity, as well. They will not fake who they are simply to play a game or to go along with other people’s expectations. And they are perfectly courteous and loyal and they will abide by agreements up to a point. But there will come a point where they say, “Well, actually our humanity is more important.”

You can read the whole piece here.

The reason I’m including this story in this post is because it serves as a counter to all the speculation that the two can’t stand each other. They’re brothers. They’re not always going to get along or agree, and sometimes, during certain phases of their lives, they’ll be closer than at other points in their lives. That’s probably normal. Harry’s wife has been attacked in the media, has been subjected to racist dog-whistling and probably threats that aren’t being reported. Is it at all possible that the Sussexes want to get the f-ck out of the UK for a while and the mess that’s been created by the royal courtiers and that Will’s actually the one helping him facilitate it? Is that a possibility that should be considered too? 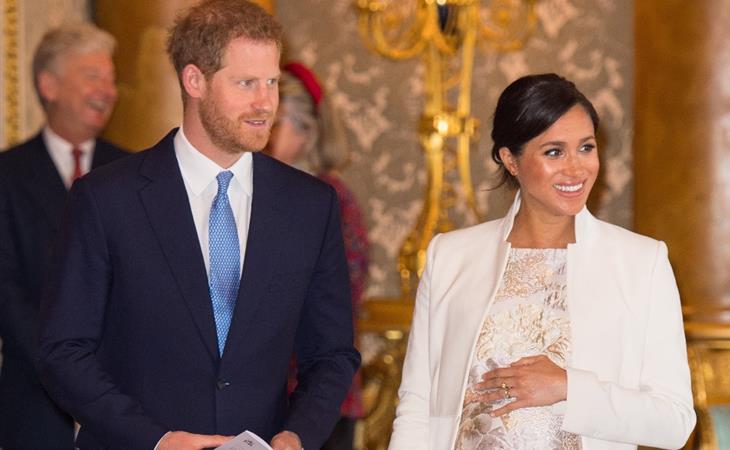 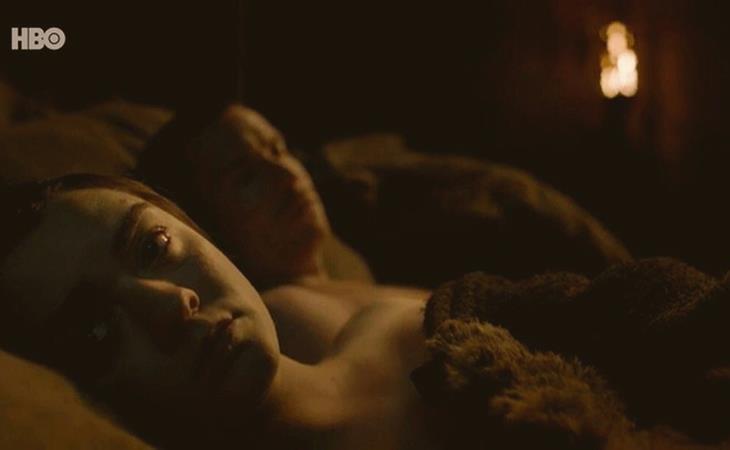