The Pastor Posse in Crisis

Last night Prem and I were DM’ing about Carl Lentz’s affair and an important question was raised: why is it coming out now?

Gossip has a tipping point, the moment it goes from insider information to public domain. For Carl, that moment came when the first leak appeared on the DeuxMoi Instagram page, the first sign that the story became too widespread to contain.

From there, Carl Lentz took it to Instagram himself with a public confession, then turned his comments off. And now we have more details because his affair partner has gone public in The Sun. Now, The Sun can get down and dirty and this story is dirty. This story is that Carl Lentz is a dirty dog who did his wife very, very wrong.

The “other woman” is a New York City artist named Ranin; she says that she met Carl in a park, he approached her (we will get back to this in a minute), and they flirted. He would not give up his last name but they exchanged info and a few dates in, he told her he was married with kids. She still did not know his last name because he didn’t want to be Googled. He said he was a sports agent (affairs are fantasy, this tracks as part of a fantasy life), and so Ranin used his phone number to get a search done on him. This is after a couple of dates. Bringing a private investigator into a relationship a few dates is a red flag, no? (Ranin, where are your friends?!)

(A sidenote about their initial meet-cute: Flirting takes game. Flirting in a park with a stranger is a skill. Carl has been marred for 17 years. Shouldn’t he be out of practice in the art of the pickup? Obviously he has to be personable for his role as a pastor, but to randomly approach someone and spit game tells me this maybe isn’t his first time doing it. He didn’t go from completely faithful for 17 years to approaching strangers in a park.)

Anyway, Ranin found out who he is and his family situation and they continued to date. She called it a love relationship, with gifts and lots of contact (not just sexual). It’s exactly the story you are expecting: he played up being torn between her and his family, it was highly sexual, he felt bad (but not bad enough to stop it), and he did the usual dirty ass sh-t, like texting his mistress on his wife’s birthday. The Sun said they reviewed texts and photos but didn’t publish any. Again, it’s The Sun, but at this point, I’m inclined to believe the reporting.

As for how he was caught, it’s a tale as old as an ioS. He had his phone linked to his Hillsong computer, his wife was on it at work (remember, she is a co-pastor) and she found the messages, with co-workers present. Why can cheaters never figure out their iCloud settings? (This is (allegedly) how Gavin Rossdale got caught with the nanny.)

Having co-workers in the room would be devastating for Laura (can you imagine trying to process that on a Tuesday during a meeting?) and it also explains how it got out so fast and why his firing was so swift. And Ranin said that after he was found out, they still had a goodbye f-ck when he went to explain his position.

So we have the dirty details and I don’t think anyone is surprised, but I still wonder if this is it. DeuxMoi is still getting all kinds of anonymous tips, from pregnancy to multiple affairs, some of which I believe but most of which I don’t. Is Ranin going to be the Rachel Uchitel of the story (just the beginning and the first of many) or the Chrissy O., the “other woman” in the Ben Affleck scandal who soaked up the attention for a few days then dropped out of sight forever?

What is kind of being lost in this story is Laura Lentz. He lost his job, but so did she because they were co-pastors at Hillsong. She grew up in the Church and that is her community. He’s done her so, so f-cking wrong.

There is speculation that Carl is arranging a sit-down interview but no confirmation on that yet. If he were to do it, PEOPLE or Oprah (he’s appeared on Super Soul Sunday) would be his best bet, audience-wise. In the public eye, the fallout from one affair is reparable (see: David Beckham) but if there’s more, he could be the millennial Jim Bakker. 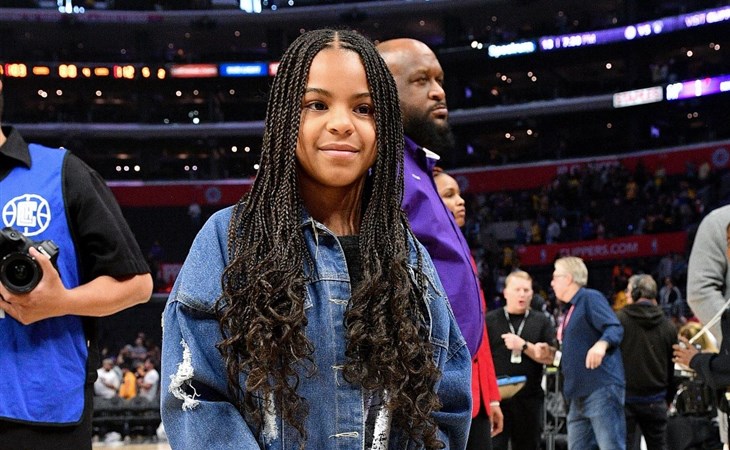