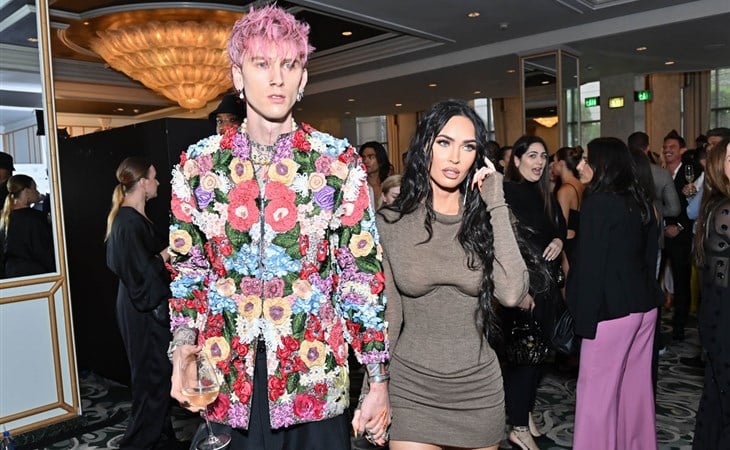 As Maria mentioned yesterday, she’s off to Disneyland, so I’m taking over while she tries to stay sane. That said, she gets corndogs. It has been SO LONG since I’ve had a proper corndog.

This video of Megan Fox and Machine Gun Kelly from earlier this week is going a bit viral because… well… it’s the Assumption game, when we make baseless conclusions based on body language but in this case, is it really baseless? He approaches her, she turns away, nothing about what she’s doing here suggests she wants to be anywhere near him. And she’s stonefaced. And he’s overcompensating by laughing it off. I have BEEN HERE. When you have an argument righhhhhht before you’re about to face all kinds of people and you cannot fake that you aren’t f-cking PISSED. I mean, they’ve always said they have a volatile “our love is dark” thing.

This video of Dan Stevens has also gone viral, like SUPER viral. Dan is currently promoting Gaslit, which is a story about the Watergate Scandal and Richard Nixon. I don’t want to say too much if you haven’t seen it but his set-up is great…and the reaction brings it all the way home.

STOP WHAT YOU ARE DOING AND WATCH THIS MOMENT FROM THE ONE SHOW pic.twitter.com/UwRFpQ8YpM

Let’s recover from that with much less provocative and polarising content. Everything about what Barry Jenkins has been sharing is wholesome and wonderful and if only this kind of mood could be everyone’s mood. And if only we could all look as great doing this move.

The last few weeks these videos have brought me ALL kinds of joy & all that time I knew, I just KNEW these cats were from back home and lo' and behold: Aventura Mall, same mall I ushered at AMC back in '99, a kid here even does the dirt bike dance started at my high school ðŸ¤£ðŸ¤£ðŸ¤£ pic.twitter.com/t24IoJJ8Di

This is my favorite one though -- everywhere the main kid in these videos goes he brings NOTHIN but good vibes. Miami has been HOT lately (and I don't mean the temperature) so these vibes are welcome and essential - Kid is building a case for a Nobel one flash mob at a time ðŸ¤²ðŸ¿ pic.twitter.com/Ivlk87haDH

Jennifer Aniston’s been real quiet the last couple of months working on the Murder Mystery sequel with Adam Sandler in Europe. Everybody knows how close they are – so close that he’s showing up on her Instagram to promote her products. By Hollywood standards, that really is friendship, because he probably did this for free.

Pamela Anderson debuted on Broadway this week as Roxie Hart in Chicago and she’s been very well received. There was a standing ovation the other night. So this is very VERY good question:

Pamela Anderson Receives Sweet Support from Her Sons at Her Broadway Debut in Chicago https://t.co/J6Ai4BUiE9

Jason Segel was on Jimmy Kimmel Live! the other night talking about how he and Kevin Hart used to live together because Judd Apatow suggested it for chemistry when they were both on Undeclared. Kevin’s known as one of the hardest workers… and Jason confirms it, recalling that back in those days, Kevin was always busy, always writing, always hustling. Sounds like Kevin’s working on a drama next. Oscar nomination within the next three years?

Ready for the BTS content? This is BTS x The Daily Show and Trevor Noah, literally, giving the audience what it wants. 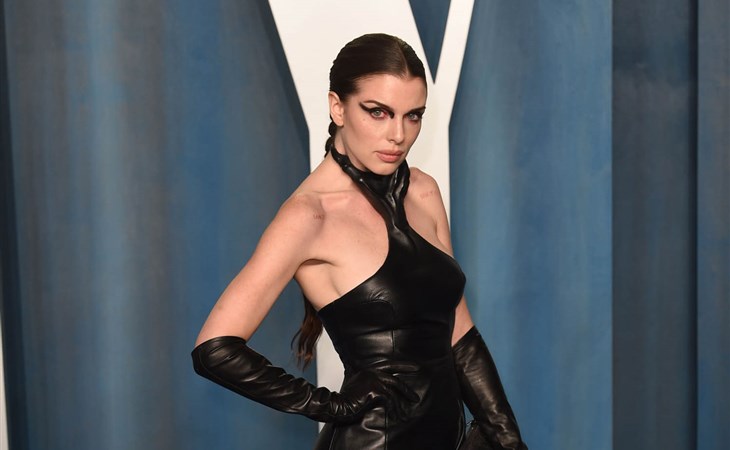 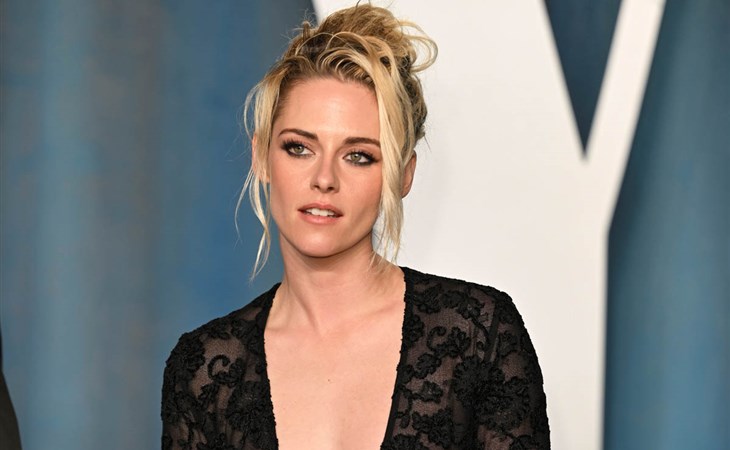