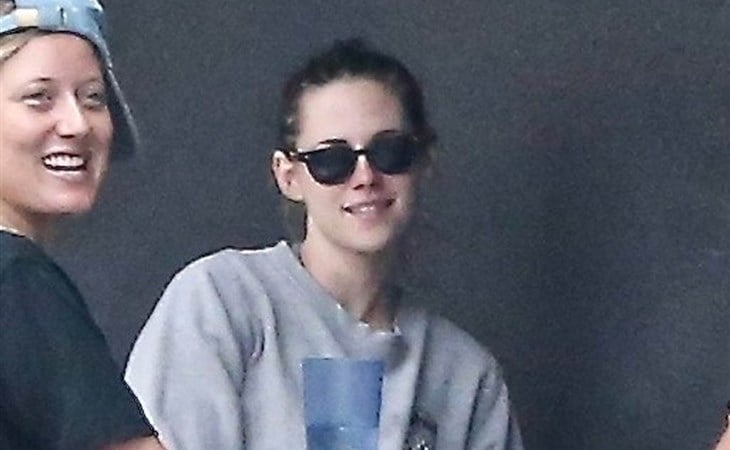 Looks like Rita Ora threw a birthday party for Taikia Waititi - flip through to the third photo to see a rare Kristen Stewart appearance. She’s in a bomber jacket in August. I love her. Rita didn’t tag any of the famous people in the album (there are others beside Kristen) – that is a flex I can appreciate.

Is it me or do Dua Lipa and Bella Hadid look a lot alike? I’ve never seen them side-by-side like this and even their clothing style kind of matches.

US Weekly is digging in deeper to the Kelly Clarkson divorce, reporting that Brandon Blackstock was jealous of her career and success and it put a strain on the marriage. This story is believable on the surface but I wonder why “sources” would leak it at this point. Kelly has had some big wins, including having the prenup upheld. She doesn’t gain from leaking negative stories about Brandon and it just doesn’t seem her style. People already adore her. As for Brandon – would a talent manager (he worked with Blake Shelton and his dad was married to Reba McEntire) be unaware of what it would be like to be around a famous person 24/7? Kelly was already a big star when they met. Maybe when he took over as her manager things got complicated and then ugly, which this follow-up story gets more into. One day, Kelly will write a memoir and this will be an interesting chapter.

Laura Prepon was a long-time Scientologist, one of the famous names attached to the church over the years (she dated her That 70s Show co-star Danny Masterson’s brother, Christopher, for years and the Mastersons are a Scientology family). She left five years ago and didn’t announce it, a very different path than former Scientologist Leah Remini. It seems Laura volunteered the information to PEOPLE, so she wanted it out there now. Is there more information coming?

I looked through this photo album for Rosie Huntington-Whiteley’s looks (she really excels at minimalist, very 90s outfits) and almost missed the reveal at the end.

Miss them so much. The first Sunday night after a finale is always the hardest.

me at 18 taking my 30 minute starbucks lunches with my 60 year old coworker susan pic.twitter.com/xiOo1wFXWr

Does Carrie Underwood have a new social media manager or something? Some interesting choices being made.