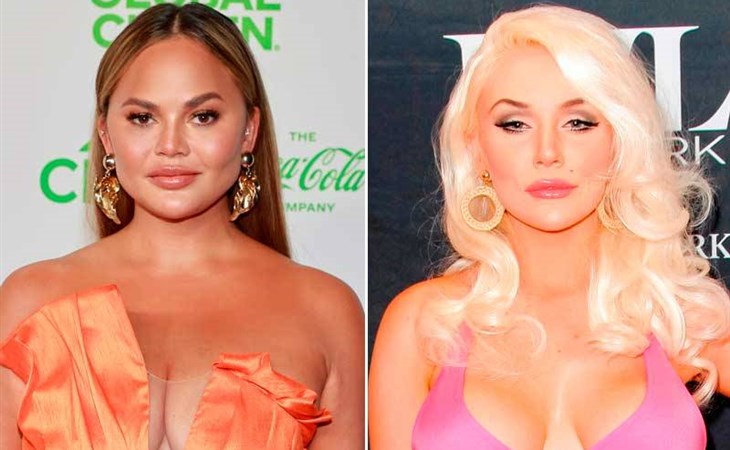 Another day, another Chrissy Teigen social media story. It seems like every few months there’s a new one (Alison Roman, fake QAnon conspiracy theories, blocked by the US president, arguing about chicken wings, getting into trouble for tweeting about her mom treating AirPods as disposable); this is a small sampling of the kind of skirmishes she sometimes gets pulled into, and sometimes creates.

Twitter and Chrissy Teigen are an unofficial partnership and a fascinating celebrity study, a snake that is eating its own tail as we follow along, 280 characters at a time. She came up on Twitter, she made it big as a  “blue check” celebrity and in the early days (going back to like 2012-ish) her commentary encapsulated the tone of social media and the blogs (Lainey: including this blog, which has its own ugly history), which was blatantly meaner than it is now. (It’s still a brutal and mean place, but it’s less socially acceptable to do it openly.) She would regularly make fun of the Kardashians and other celebrities and the audience ate that sh-t up. She had a following that actively enjoyed that. Sure, we all cringe now but back then, she was rewarded for her biting sense of humour.

Lately, many of us have been re-examining our pop culture past, from Britney Spears to, well, LaineyGossip. Lainey has been addressing her missteps and some of my own writing from years ago (I’ve been here for around nine years) is mean as hell and sexist and body-shaming, amongst other things. We never wrote about Courtney Stodden but I’m not going to pretend that if I did I would have been kind to them, even though they were so young and clearly in a bad situation.

Courtney (who uses they/them pronouns) was part of one of the most bizarre tabloid stories of the past 20 years when they were a child bride of a creep. At the time, I don’t remember anyone feeling bad about that or feeling an ounce of concern for them on a mainstream level, not in the same way we see now. They were heavily mocked by every outlet, online and print. (For more on this, I recommend Marlow Stern’s The Crucifixion of Courtney Stodden). So, we need to collectively look in the mirror while we are looking at Chrissy Teigen.

Chrissy apologized to Courtney for tweeting that she wanted them to take a “dirt nap” in the following thread:

I have tried to connect with Courtney privately but since I publicly fueled all this, I want to also publicly apologize. Iâ€™m so sorry, Courtney. I hope you can heal now knowing how deeply sorry I am.

Analyzing it as an apology, it does the job. I do like that she is honest about how effective and addictive trolling can be, because being “controversial” works to achieve a certain kind of fame. Who hasn’t acted out from a place of insecurity (in real life or online) and subsequently been mortified by what actions came out of that impulse?

It then veers into her need for approval, something she also talked about in her “I quit” Twitter thread, which included this: “My desire to be liked and fear of pissing people off has made me somebody you didn’t sign up for, and a different human than I started out here as!” There are a few ways to interpret this – is it that she’s had to censor herself and didn’t want to? Was it burnout from having reading so much criticism of herself? Is she simply now too famous to use Twitter in anything but the most generic way?

In the apology, she cites her need to be liked and loved. She feels awful for letting people down but in this specific instance, I don’t know it’s necessary to apologize to the masses. She is appealing to her Twitter fans here, instead of just focusing on Courtney. If she feels bad about letting people down, that’s something she has to process. I don’t doubt that this kind of guilt is an ongoing issue for her, but I think the people that she is trying to reach have already forgiven her. That is their default position because they are her fans. And no one needs to accept this apology for Courtney, who is not totally buying it.

Maybe Courtney was blocked from years ago, but I do hope Chrissy rectifies that. Still, they’ve chosen to forgive her, even if there’s a question of Chrissy’s motive. (Realistically, I don’t think it’s a PR play on Chrissy part because no one can touch her Target deal and her other company is with Kris Jenner, who would not be even mildly fussed by all this.)

There’s more to this discussion in that it conjures the dreaded “c” words – cancel culture. This story has galvanized alt-right media personalities, pointing to Chrissy as an example of a liberal who should be banned from Twitter and lose her endorsements. These arguments are punitive and made in bad faith, a “gotcha” moment from the extreme corners of social media who hate the “Hollywood elite” and have their own agenda. Let’s not pretend that any of these people are actually scandalized by what Chrissy said about Courtney, but it’s an opportunity to stick it to Chrissy (and those like her) and it is muddying the conversation with manipulative arguments. Her apology has given accounts with MAGA in their bio something to focus on.

Over the next few months, any time Chrissy does anything, the first response will be about this and the bots won’t let it go. They have a way to get at her and they will use it. (The QAnon trolls did this with fake conspiracy theories, which for a time drove her to make her account private.) Courtney will now be used by people who want to capitalize on their trauma to hurt Chrissy, over and over again and maybe they will be OK with it or maybe they won’t like it but either way, it will be out of their control.

It’s a shame that this is likely how it will go because this is an opportunity to examine shaming, sexism, power structures, and accountability through the lens of celebrity but like most conversations on social media, this has a 24 hour expiration date. By the time you read this, it will have devolved into hashtags and the woman-spit take gif, posted over and over again, until we all turn to dust.

Maybe, hopefully, somewhere in the real world two people will find a way to connect on Zoom or face-to-face for a discussion and apology that isn’t measured in retweets and doesn’t involve us at all. 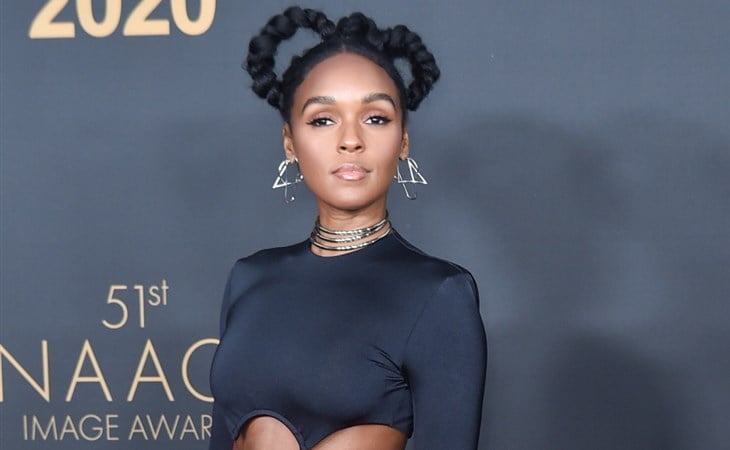 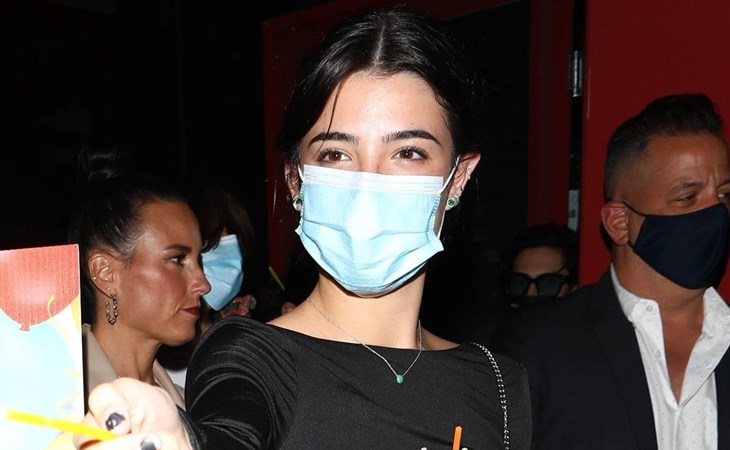