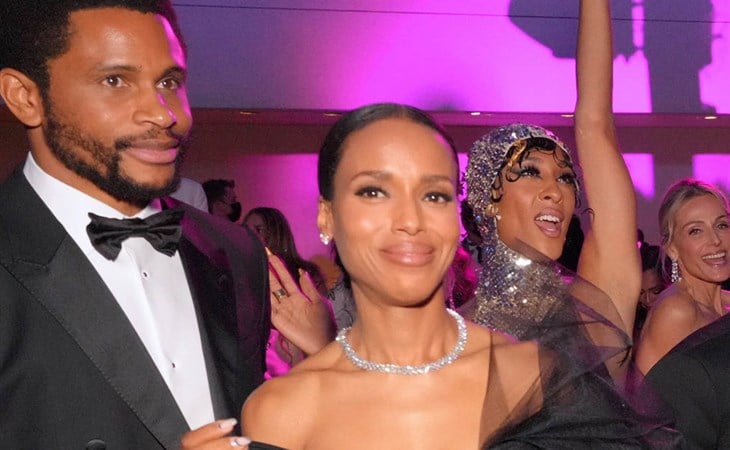 Kicking this Met Gala couples post off with one of the lowest profile celebrity couples in Hollywood – and it’s by intention, they do not put themselves on blast. Which is why it’s always a thing for me whenever I see them together. That would be Kerry Washington and Nnamdi Asomugha who are approaching ten years of marriage. They did not pose on the red carpet together but you can see them here in this group shot:

Kerry was styled by Law Roach in Tory Burch. And I love how the tulle on that one shoulder has been arranged:

Next to Gabrielle Union and Dwyane Wade. Gabrielle also wore Versace – Versace may have served the most flex last night in my opinion – a breathtaking silver and white look that she said took months to put together and with red accessories attached to the back of her hair to represent the blood spilled during the Gilded Age, by the Black Americans and other people of colour who made the lifestyles of the elite class possible.

Gab’s outfit was in my top three of the night. But I also am grateful that she gave us the “before” footage too.

Next… Jodie Turner Smith and Joshua Jackson, OH MY HEART. It was Jodie’s first Met Gala, she is a Gucci ambassador, so of course it was Gucci and of course she is stunning and of course no one appreciates this more than her husband.

Next… Kaia Gerber and Austin Butler. OK. So this hair on Kaia, it’s a f-cking dream. I love it so much, and I’ve had my hair styled like this before (not-so-humble brag) and it’s a whole ass mood that never stops giving so my point is, if you ever have the chance, if you’re in the market for a special hairstyle for a special occasion, try this with your own hair or buy some hair like she did because it’s worth it.

.@KaiaGerber is in an embroidered Alexander McQueen dress for the 2022 #MetGala. She paired the blinged-out dress with big hair for her â€œgilded glamourâ€ moment. See more red carpet arrivals here: https://t.co/fm3CTh5E6y pic.twitter.com/b0k3HvDKqY

Kaia’s hair made everything else about her look irrelevant to me. Yes, the dress is pretty…but THE HAIR.

On both of them, actually. His hair is, well, it’s Elvis. Elvis was a natural blonde and he had great hair. Austin is playing up the Elvis HARD right now.

No complaints here. It’s his career turning point. He’s playing Elvis Presley. Why wouldn’t he? Also, um, who has a problem with this? Seriously?!

Austin Butler debuts a hot new do at the #MetGala https://t.co/7pfrLBlt8g pic.twitter.com/1Y0a30RYRQ

I’m developing a problem now, actually, and I haven’t even seen the movie yet. When I see it, I have a feeling it’s going to be bad. Like Austin Butler might become an illness for me. Re: the movie though, Baz Luhrmann’s Elvis was out in full force yesterday… including PRISCILLA. For any and all fans of Elvis, this basically made our heads explode:

Austin Butler and Priscilla Presley pose together at the #MetGala. https://t.co/7pfrLB3RJG pic.twitter.com/7jWJWu2G3K

As for Austin and Kaia – it’s hard to look away from two such pretty people. High concentration of pretty happening here:

From pretty to petty, though, because petty is where I live…

Jacob Elordi was also there last night. He dated Zendaya and they broke up and she went back to Tom Holland, Spider-Man. Then he dated Kaia and she moved on to Austin Elvis Presley. He’s a love launcher! 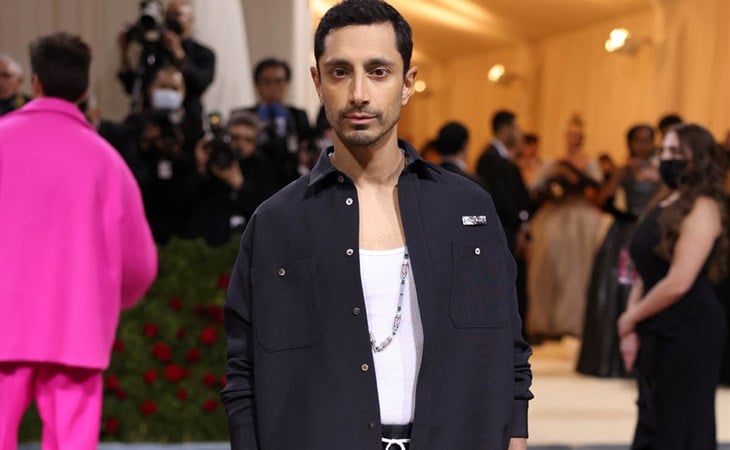 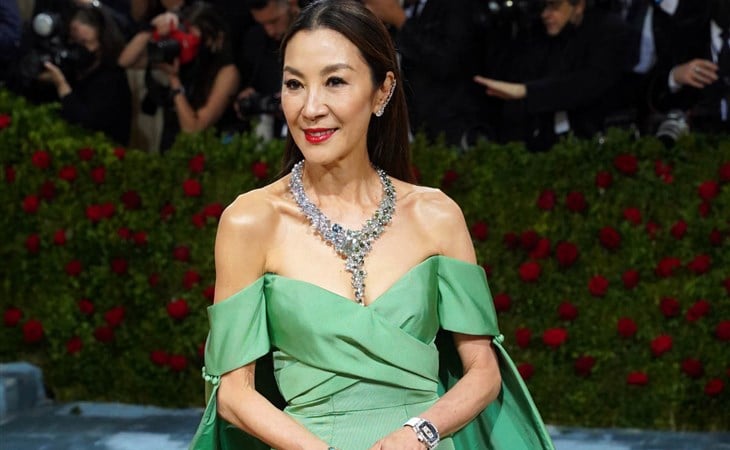