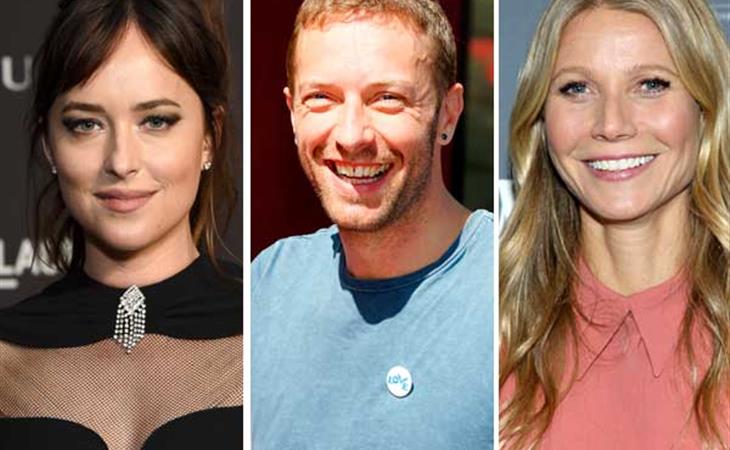 Chris Martin and Dakota Johnson were first seen together in October 2017. Chris was not at Gwyneth Paltrow and Brad Falchuk’s (#TheFaltrows) wedding in September. He was performing that day at the Global Citizen Festival. Convenient, coincidence, or conspiracy?

Apparently there’s no drama. Because we’re now being told that Dakota spent Thanksgiving with G, Chris, and their kids.

Dakota Johnson spent Thanksgiving this year with boyfriend Chris Martin, as well as his ex-wife Gwyneth Paltrow (who recently wed Brad Falchuk) and their children Apple, 14, and Moses, 12, a source tells PEOPLE.

“They’re a total modern family and had a great time celebrating together,” the insider shares.

The November holiday came more than a month after a false pregnancy report claimed that the Bad Times at El Royale actress, 29, the Coldplay frontman, 41, were expecting a child together. Shortly after the report first began circulating, a rep for Johnson confirmed to PEOPLE that she is not pregnant.

Oh yeah, remember that? Today on The Social we’re talking about our addiction to “breaking news”. And one of the points I’m going to make is that “breaking news” is never a correction. “JENNIFER ANISTON IS PREGNANT!” has been wrong at least 88 times and on magazine covers triple that. And it’s never “breaking news” when, inevitably, she’s not. Which is why gossip amateurs are always walking around thinking she’s pregnant.

Anyway, the Dakota Johnson pregnancy story was first blasted out by TMZ on a weekend. She and Chris Martin shut it down pretty quickly so that by Monday, it made less of an impact than it would have were it a weekday story. I wonder how it would have spread if it broke on a Tuesday.

As for her Dakota being invited to spend Thanksgiving with G and the children – did Annabelle Wallis ever get the privilege? I don’t remember that she did. Jennifer Lawrence definitely did not. Someone wants us to know that Dakota’s advanced past the stage where Jennifer and Annabelle got to. And/or G wants us to know how magnanimous she is, how no one does conscious uncoupling better than the OG of uncoupling. The OGP of conscious uncoupling? I’m leaving now. Bye. 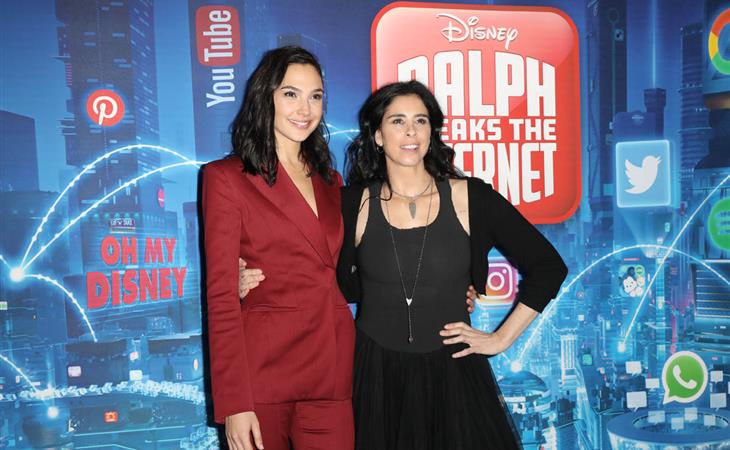 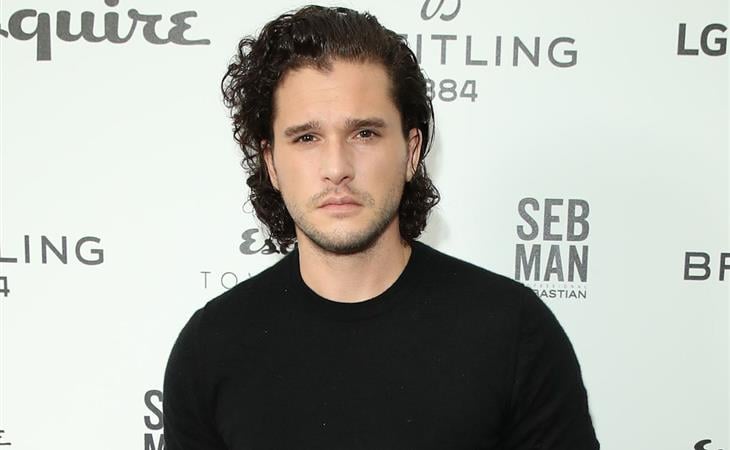