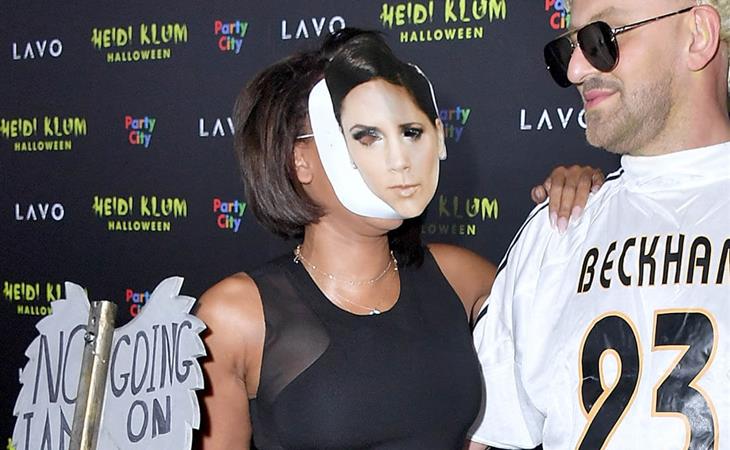 Victoria Beckham was with all four of her kids out trick-or-treating last night in London. I’m not sure if Brooklyn’s was a costume (he had a cane) but Romeo went as some kind of demon, Cruz put on a Chicago Blackhawks jersey, and little Harper Seven was, I think, a demented cheerleader. No sign of David but they were all just in Australia together for the Invictus Games, like literally less than a week ago, so please let’s not start on a new round of breakup rumours. At least not yet. Maybe he was jetlagged?

Besides, there’s other gossip to address.

“NO I AM NOT GOING ON TOUR”

The brief backstory to this is that earlier this year, all five Spice Girls got together and announced that they were working on some upcoming projects. People then started speculating that they’d be going on tour to celebrate their 20th anniversary but then Victoria ended up shutting down those rumours and in the following weeks and months, the other Spices would talk here and there about trying to make it happen. Yesterday it was reported that a leaked lineup from an upcoming episode of The Jonathan Ross Show revealed that four of the Spices – Geri Halliwell, Mel C, Emma Bunton, and Mel B – would be appearing on the programme on November 10. So, with all that in mind, where Mel B’s Halloween costume is concerned…

I’m scared to answer this question because I listened to a recent episode of the Keep It podcast and Kara’s “Keep It” was that people keep mislabelling sh-t as shade when it’s not shade and she would know because she used to run the Shade Court column at Jezebel and adjudicate on what did or didn’t qualify as real shade.

What I think I’ve learned from Kara is that shade is not obvious. Like part of the fun of shade is wondering whether or not it’s shade – that’s why being shady, as the Queen of Shade Aretha Franklin often showed us, requires cleverness. Good shade means never having to wear it. So if we’re assessing based on this criteria, well, Mel B’s Halloween costume isn’t exactly clever, you know?

I mean, she might protest that it’s “just a joke”, thereby leading to the question mark of whether or not it’s shade, and she may not have to wear it, but there’s also nothing sly about it either. Maybe it would have been more sly and more shady if it was better quality? I’m no fan of Heidi Klum’s ridiculous Halloween obsession but still, how do you show up at her always over-the-top Halloween party with paper cut-out masks and signs glued to a stick? It’s embarrassingly cheap, in all the ways cheap can be defined.

But whatever it was – shade or just a straight jab – does this make Mel B the SJP in this situation and Victoria the Kim Cattrall?

Kim didn’t want to do a third Sex and the City movie. She had her reasons. And then the stories started coming out about what a goddamn difficult bitch she is for not wanting to do something that everyone else wanted to do. They villainised Kim and through it all, Sarah Jessica Parker, always the “good girl”, feigned like she had nothing to do with Kim getting dragged. When Kim spoke up to defend herself, SJP then started talking about how she never, ever participated in any cat-fighting and that it was Kim who was throwing all the punches. Like the popular girl in school who plants the idea of the bullying in the minds of others, but never has to wear it when the bullying manifests itself.

That’s what sets SJP and Mel B apart though. Mel B’s not off to the side keeping her hands clean and batting her eyelashes. She’s getting right in there and openly declaring her hostility at Victoria for not giving people what they really, really want. (Sorry, I had to.) So now this sets up more intrigue for the four Spice appearance on Jonathan Ross. Victoria’s absence will have to be addressed. How? 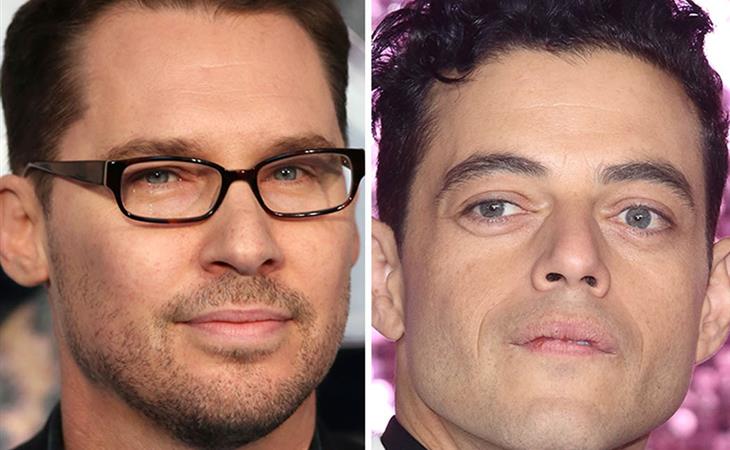