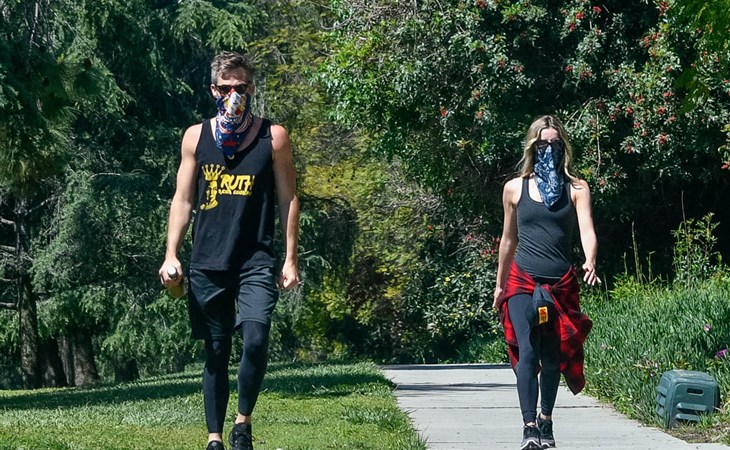 Default Best Chris Pine has a new project on the horizon. He will star in a reboot of The Saint for Paramount, taking on the role of Simon Templar previously played by Roger Moore and Val Kilmer. I LOVED the Val Kilmer movie in the 1990s, and in the spirit of Kilmer’s take on Simon Templar, I really like this casting. This is the best Chris for this job. Evans is too square-jawed, Pratt is too much of a cowboy, and Hemsworth is too…everything. Simon Templar is a master of disguise, he can disappear in crowds. Hemsworth will never convincingly disappear in a crowd because he’s seven feet tall. But Chris Pine? I can see him playing sly and suave and seductive and tricky and still blending into the background when needed. That’s what he does so well amongst his Chris cohort—he disappears. I think we’ve seen more of him during this lockdown than at any time in the six months prior.

I’ve never actually read Leslie Charteris’s Saint books, but they originated in the 1920s, and both the Roger Moore TV show and the Val Kilmer movie are very much products of their eras, so there are two ways a new Saint movie can go. Either it can be a throwback to the bygone glamour of another era, or it will be a straight 21st century adaptation. Basically, are we going with something like The Man from U.N.C.L.E., or something like Mission: Impossible? I wouldn’t mind a retro take—imagine Chris Pine in those old timey suits and tuxedos—but I have a feeling it will be a tech-reliant 21st century update. Dexter Fletcher is on board to direct and the latest script is attached to Seth Grahame-Smith. The latter is intriguing. Grahame-Smith’s credited scripts are all over the map. He’s written everything from total messes like Dark Shadows to interesting misfires like Pride and Prejudice and Zombies—his novel works better than his screenplay—to The LEGO Batman Movie, which is the best cinematic take on Batman, don’t @ me. Here’s hoping The Saint is more LEGO Batman, less Dark Shadows. This is really good casting, I’d hate to see it wasted.

Attached - Chris Pine and Annabelle Wallis out in LA yesterday.