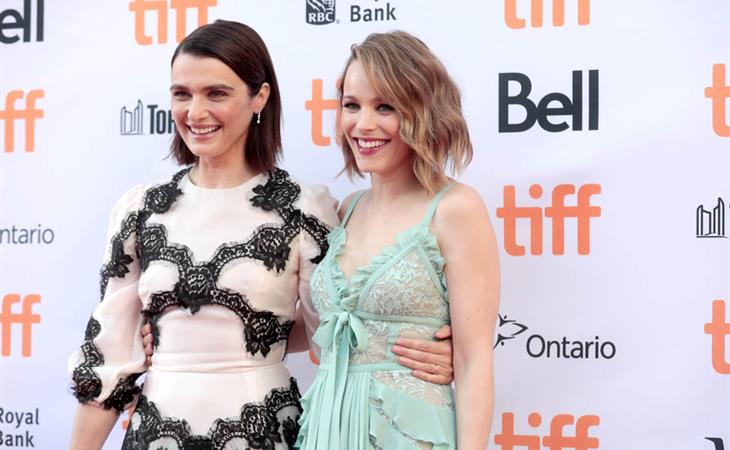 Rachel McAdams may have won our hearts in The Notebook, and she got an Oscar nomination for her work in Spotlight, but her work in Disobedience — a forbidden love story opposite Rachel Weisz — is the performance of her career. When asked about working opposite “Canada’s sweetheart” on the red carpet, Weisz said, “She’s… I think, everyone’s sweetheart! Let’s face it! You can’t just have her in Canada – you have to share a little bit!”

McAdams returned the favour, telling my colleague Danielle Graham at etalk, “I’m a lucky girl. She’s amazing. I couldn’t imagine a better partner to go into this journey with. We worked together before [in To the Wonder?]  but only for a day…”

The two also shared a kiss on-stage before the movie’s world premiere at the Princess of Wales theatre. Here’s why:

In Disobedience, the two Rachels play two Orthodox Jewish women who share a history that may or may not have been romantic. One is living a secular, bohemian life (Weisz, as Ronit – a photographer who is living in New York, having “liberated” sex in bathrooms, and changed her name to Ronnie with a non-descript, less-Jewish sounding name) and another is living the life she thinks she needs to live (McAdams, as Esti, a school teacher whose marriage to a local spiritual leader [Alessandro Nivola] looks perfect only from the outside).

Ronit is a Rabbi’s daughter who left the faith and abandoned her family and the extremely tight-knit, gossipy community in or outside of London. One could say that in New York, she’s living her best life. Then she gets a call at her photography studio that her father died. So, knowing she’s already ostracized herself from the community she grew up in, she decides to go home to London to pay her respects… even if they will not be appreciated. Once there, she sees Dovid (Nivola). She goes in for a hug, but in the Orthodox faith, men and women are not allowed to touch unless they are married. He corrects her, and she laughs off her faux-pas. Then she discovers who he’s married to: Esti (McAdams).

Esti is immediately icy to Ronit, but at least she makes eye contact with her. You can tell from the start that there’s some sexual tension between them. This is a movie about gossip, really. Everybody at the shiva house (a place where Jewish people of any denomination pay respects after somebody dies, usually hosted by close friends or close family of the deceased) is asking if Ronit and Esti are basically “back together” in so many words, and later, in those words. They also ask if Dovid is concerned about his wife being in the same house as Ronit, since he asked her to stay with them.

They’re prying questions, but Ronit is a woman in grief, so Dovid lets it slide. Plus, it’s fun to reminisce about their childhood memories and favourite Hebrew songs together. Despite choosing to leave her family, Ronit can’t believe they’ve abandoned her too. She’s out of the obituary, out of the will, and chastised over and over again for not wanting kids at a Shabbat dinner. It’s like she never existed. Meanwhile, Esti feels like she doesn’t exist. She has mindless, faking-it sex with her husband, and never strays from her routines. Sooner or later though, Esti’s icy behavior melts away. She and Ronit go shopping together, start talking again, and they hug, giving Ronit the comfort she wanted.

I’m sure you can see where things went from here. Their love blossoms once again, but after they’re spotted by somebody in the community skulking around corners at night, will this jeopardize Dovid’s attempts to become the new big shot Rabbi? How can he and Esti move past this “shame”? And isn’t it strange that he and Esti are among the very few Orthodox families in this community who don’t, as Ronit says, have “37 grandchildren” already? Beyond that, can Esti find the strength to leave her faith behind in order to take a chance on a love that may no longer be real if it is no longer forbidden?

It’s here where I should say that I loved this book. This book was polarizing. This movie doesn’t have a big studio behind it yet either, or a release date. The book was criticized for being too myopic or insular, because it used too many Hebrew words that didn’t connect with wider audiences, or even some secular Jews. As a Conservative Jew with connections to the Orthodox community, I loved it and understood it, but this is a rare case where the movie is way stronger than the book. Beyond that, how did I feel watching Rachel McAdams play a devout Orthodox woman going through a crisis of faith and of love? It didn’t bother me. I loved hearing prayers and songs in the movie, and noticed that Weisz or Lelio wisely kept McAdams’ Hebrew to a minimum. She only really sang one blessing, a traditional woman’s blessing of lighting the candles on Shabbat, and let’s be real, it’s the easiest one to learn.

Bringing this movie to life was a labour of love for Rachel Weisz, and it’s way better than Denial, which I saw and reviewed last year. As I wrote back in June in my review of My Cousin Rachel there were bigger things ahead for her, including this movie. She produced it, and as she said yesterday, taking “three and a half years” in film terms “isn’t that long!” I credit her for making this movie way way way more accessible than Natalie Portman’s directorial effort, A Tale of Love and Darkness, about the foundation of the state of Israel, which was shot entirely in Hebrew. This movie is funny, the sexual tension is much stronger than anything you saw in Reality Bites, and as Sebastian Lelio’s first English effort, it soars. He moves through London and the community as if it’s a completely muted life – but when Ronit and Esti finally get together, the passion is so sultry and racy, that the viewer feels alive. It’s not gratuitous at all, it’s an expression of the universal language of spirituality, love and freedom. And I can’t forget it.

A few years back, Canada’s foreign film submission for the Oscars was a movie called Felix et Meira. It’s excellent, and it’s about what happens when a Hasidic woman develops an unlikely friendship with a Frenchman, who she’s not allowed to really talk to. Jason Reitman was a big fan of it. This movie is better. I just hope people look past the sex to see what Disobedience is really about. Yesterday on our red carpet, Rachel McAdams called this role a “rare” part of a lifetime and I really hope people get the chance to see it. 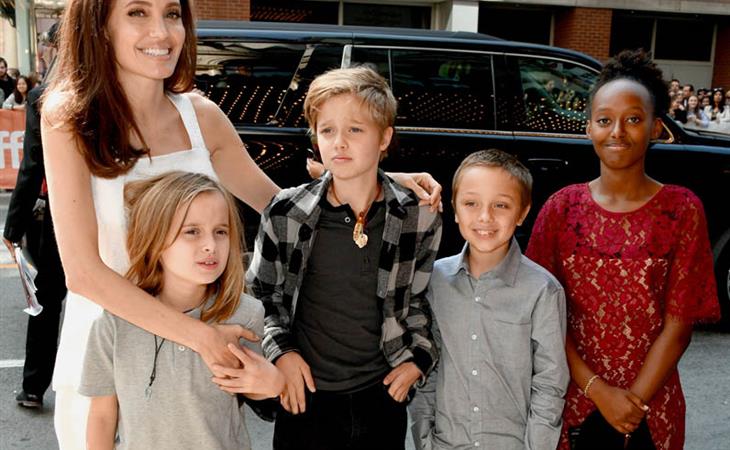 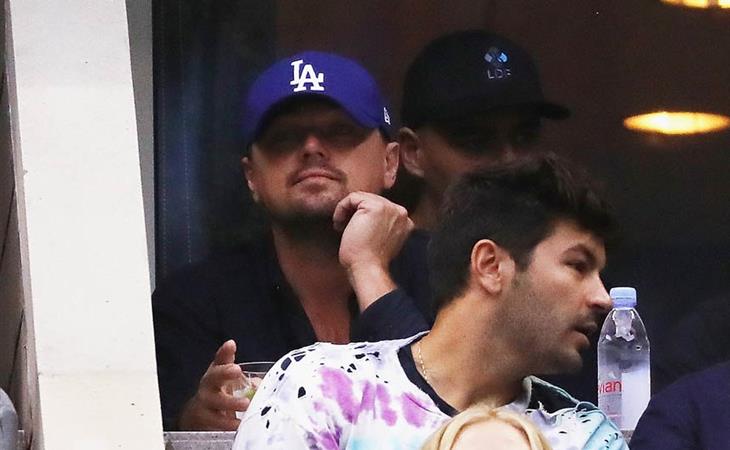