Amazon announced a few days ago that they’re rebooting Mr & Mrs Smith, which I consider to be a classic movie, and not just because it’s the movie where Angelina Jolie and Brad Pitt fell in love, kicking off 12 years of Brange. RIP Brange. Of course the star power between them was explosive. But also, it’s just a really entertaining film.

Which they are now turning into a series starring Donald Glover and Phoebe Waller-Bridge. Which is, if you have to, exactly the way to do it. There’s no sense in recreating it to the same likeness, as in finding the current Angelina Jolie and the current Brad Pitt, to occupy those roles. Where they seem to be taking it is in an “inspired by” direction.

Apparently it was Donald who expressed interest in it first and he and Phoebe fanboy and fangirl each other and since they’re both creatives in their own right who have written and produced in and starred in their own show, they clearly came together on the right story idea. We don’t know what that is yet but if we’re going in the “inspired by” direction, Mr & Mrs Smith is a movie about marriage, about two people who built a marriage without the whole truth, and end up having to blow it all up and start over, literally. It is also, however, about work. The obvious focus on the movie was on its two stars and their battle with each other back into bed but they were also two assassins who are very, very, very good at their jobs. One of the reasons why the movie works is because you believe that these two in particular would be good at their jobs and because they go head-to-head at work – undermining and underestimating each other… which is also what can happen in a marriage.

If Donald and Phoebe key in on these two ideas, linking them together, it’s especially relevant in this moment, as more and more people work from home, even if they are in different professions, couples are getting into each other’s workspaces more than ever. And more and more, couples are getting into business together – there is so much opportunity for comedy here, and drama, and reflection, and discomfort…all of which Donald and Phoebe know how to do – and better than most. And sexier than most. In unexpected ways too. Atlanta is unconventionally sexy. Fleabag is quirkily sexy. This combination? It will be sexy.

Because you know they wouldn’t do it otherwise. That’s another thing about these two: we’ve seen them take their time with things, we’ve seen them demand more from themselves and their projects; with Donald and Phoebe, if they’re not feeling it, they work on it until they’re feeling it. In this case there’s also the added element of professional competition. Healthy competition. As much as they admire each other now, they have to put that sh-t aside and challenge each other but mostly challenge themselves. This is how you get better – when you’re working with someone who’s just as good as you are.

So I can’t wait to see this happen. And while I want them to hurry, I’m actually more OK if they’re taking their time with it, getting it exactly right. This has so much potential, and when they finally deliver, it’s going to be amazing. 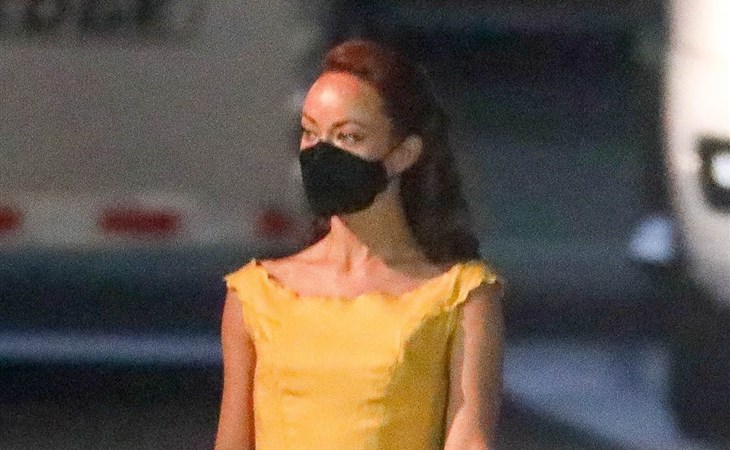