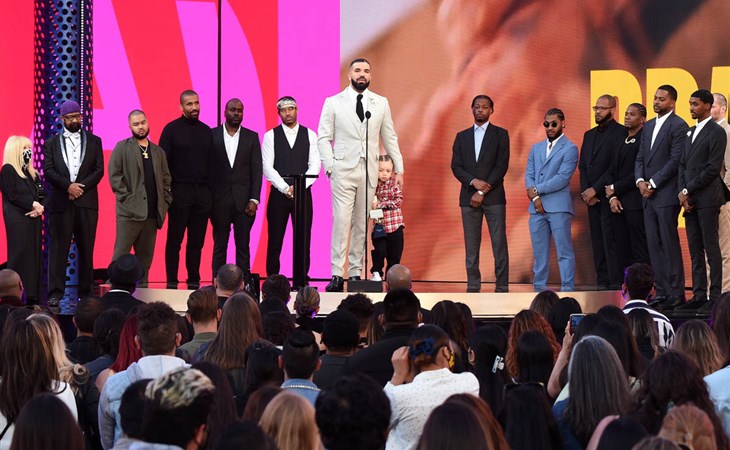 When I last posted about Drake, it was on Thursday, ahead of Drake receiving the Billboard Artist of the Decade award on Sunday night. He had his whole crew on stage with him (“started from the bottom now we’re here”) and his parents, and he brought out his son Adonis to receive the honour. Adonis is so little, of course that moment was overwhelming for him. But there’s also something to be said about legacy, about the three generations of men in their family on stage together to remember this achievement. Drake’s influence on the music industry is immeasurable.

So, obviously, there had to be a party to match. And it was expected – this is what I was referring to last week in that post - there was no way Drake’s celebration of self would be low-key. LOL, when is he ever? That’s why it happened at SoFi Stadium. This is a 70,000 person capacity venue, a full entertainment complex, and he hosted a dinner on the 50-yard-line. And why not? It’s not like he’s doing it alone either. “Drizzy got the money, so Drizzy’s gonna pay it… that’s just something they know”. In my wildest dreams, that’s how I would live if I had Drake’s life. Everyone on me, always.

Let’s talk then about some of the guests at Party Drake. His new BFF Michael B Jordan was there with Lori Harvey. This is how you know how serious it is between them – not that there was any doubt. But at a party like this, when there are beautiful people all around and everyone’s vibing, there are opportunities. MBJ clearly isn’t in the market for any opportunities.

Offset on the other hand…

Not that there’s a problem here, it’s just a photo, he’s walking with two beautiful women and I don’t see Cardi B but that doesn’t have to mean anything right? It’s just… well… when it comes to Offset, sometimes it does mean something. So it’s cracking me up the way he has his hands positioned in these shots, tightly clasped in front of his body as if to be like, look, I’m good, I’m keeping them to myself!

And the most random celebrity attendee, a name I wouldn’t have predicted to be on the list at Drake’s party – Ryan Phillippe with his son Deacon. That’s definitely a cool dad thing to do, get you into the biggest party in the city, but I am curious about whether or not there is a Drake and Ryan connection, and what it could be.

These are just a few of the names in attendance. SZA, Justin Bieber, The Weeknd, so many others were there it was like Drake was hosting his own award show in his own stadium. Which, I think, is also the flex he was going for – to be bigger on his own than any award show, one day maybe even the Grammys, perhaps already. 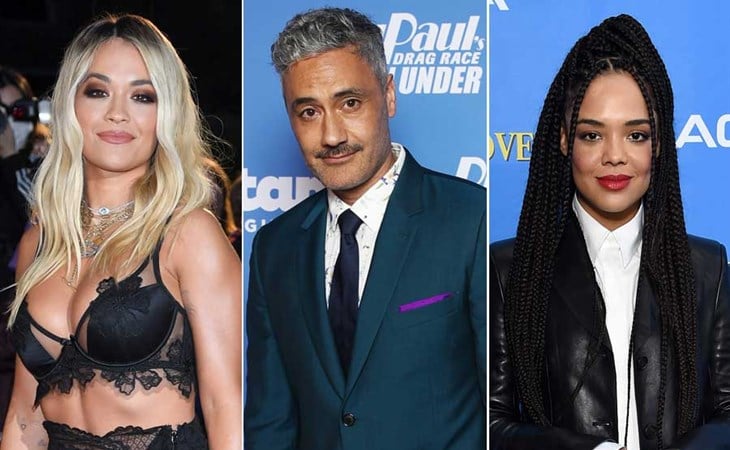