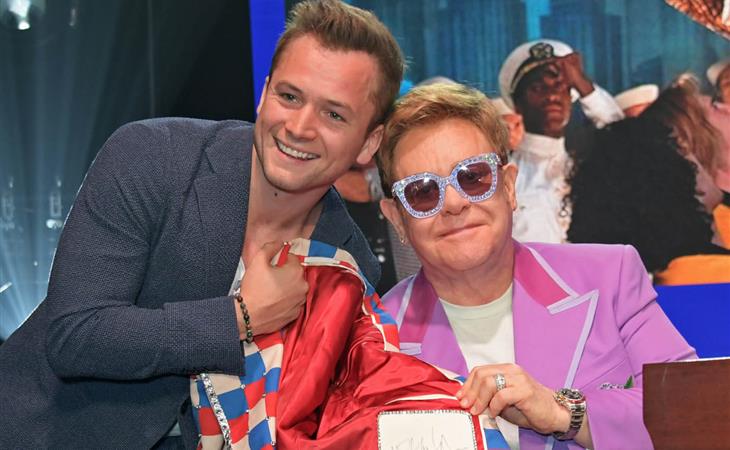 It wouldn’t be awards season without a big splash, and who’s splashier than Elton John?! Following the release of his juicy memoir Me this week, he’s putting the spotlight not just on his life story on the page, but on the screen too. Last night, he and Rocketman star Taron Egerton performed at a special, extra-flashy screening and concert in LA with the Hollywood Symphony Orchestra. And according to those who attended, it was electric.

ROCKETMAN made a glitzy award-season push tonight in LA, booking the Greek theater, playing the entire film to live orchestral accompaniment, and bringing out Elton John and Taron Egerton at the end to perform pic.twitter.com/wL0KsacxvE

We’ve seen this song and dance before, but each time, Taron and Elton up the ante: at the Elton John Aids Foundation Oscar Party in February with a surprise performance, at a Cannes event in May (after their four-minute standing ovation and LOTS of Taron tears, no less), and yet again last night. Each performance comes with a different set list. Clearly, Team Rocketman has no quit. Since its May release, the film has made nearly $200-million worldwide. So, not quite Bohemian Rhapsody numbers, but you can definitely call it a “hit.” It’s been available on DVD and digital for over a month, but Taron and Elton are fighting to keep the film’s memory and their pop culture contributions alive just a little longer for campaign season. You know how we’re “leaving room”for 1917, Bombshell, Little Women and Queen and Slim in the Oscar conversation? Well, Rocketman is itching to stay in the room. Does it deserve a spot?

There’s some real fight here. Paramount even sent out a release to media this morning, referring to the event as a promo reboot, writing: “Rocketman launches into the awards race!” Together, Taron and Elton sang the classic “Don’t Let the Sun Go Down on Me” as well as "(I'm Gonna) Love Me Again," which is their original song contender from the film. USA Today reports “Don’t Let the Sun Go Down on Me” was Taron’s request, and that it was the first time they had performed it together. And Elton being Elton… he kind of upstages Taron a little. Which only adds to the fun. And the work.

He and Taron spent the past three nights at campaign events together. On Tuesday, they hit up an Academy screening and Q&A, in front of 300 voters. There, Elton regaled the crowd with Elton-isms, like imagining what his kids would say about the film’s frank portrayal of his sexuality – “Daddy, what’s a blow job?” - yet it all came back to how he was “f-cking floored” by Taron’s acting. The Hollywood Reporter’s Scott Feinberg sums up its reception best with his tweet:

300 members of @TheAcademy came out tonight to Paramount to see ROCKETMAN, a movie that debuted in theaters back in May, ahead of the Elton John Q&A. Some had seen it before, but many had not, and quite a few of those were gushing. That is precisely why you do Oscar season Q&As.

Taron was also spotted in the crowd at Elton’s iHeartRadio book chat on Wednesday, and he shared his view of the night on his Instagram stories. And then they brought down the house together on Thursday, with Rocketman’s director, Dexter Fletcher, in attendance, along with Elton’s songwriting partner of 50 years Bernie Taupin. The film’s cast was there too, including Bryce Dallas Howard and Jamie Bell, who attended with Kate Mara. If it were up to me, Jamie would totally be in the Best Supporting Actor conversation, and I promise it’s not just sour grapes for the Academy’s reception of Film Stars Don’t Die in Liverpool talking. At least he got a BAFTA nomination. But I digress.

If we’re talking prospects this year, Rocketman probably has the best chance in the Best Actor race, which is beyond stacked. Phoenix, Banderas, De Niro, Bale, MBJ, Adam Driver, Eddie Murphy, Taron, Sandler, DiCaprio… and then some. And with a squeezed campaign season, any boost helps. Keeping Rocketman fresh in the minds of voters never hurts, especially with all this extra flair. Golden Globe nomination submissions close next Friday. The nominations are announced on December 9th. Taron’s already been singled out for a Hollywood Film Award, but some extra Globe love would only increase his profile. And hey, a few more surprise Elton duets would go a long way too. After all, this is only the “launch” of its campaign, and it’s Paramount’s big non-VFX/SFX contender, so now we have to wait to see what other surprises they have up their sleeves. I haven’t seen Rocketman since the InsideOut Festival launch back in May, but all of this hype has led to me wanting to re-watch it this weekend. And I’m sure I’m not the only person thinking that way… which is exactly what Team Rocketman is hoping for. 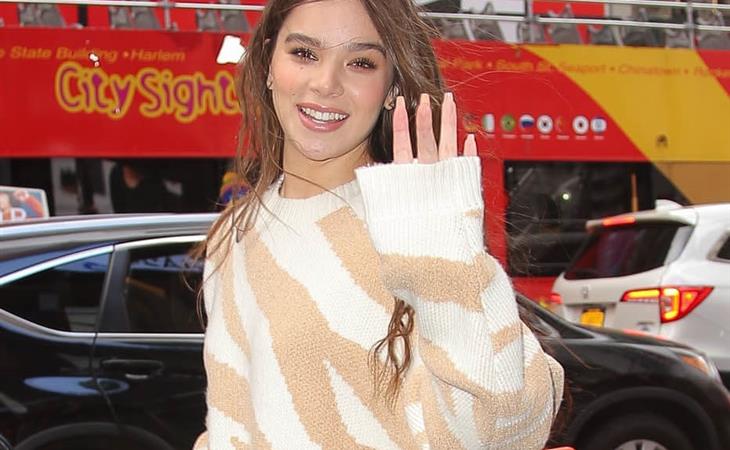 Hailee Steinfeld: Outfit of the Week 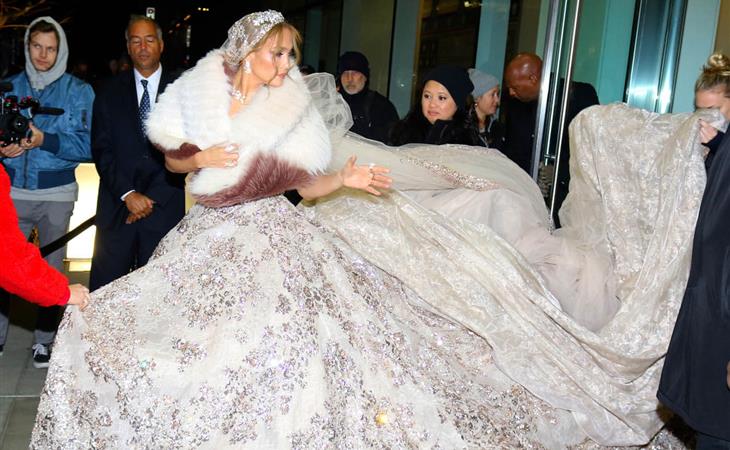 Prince Andrew could be deposed by lawyers for Jeffrey Epstein's victims