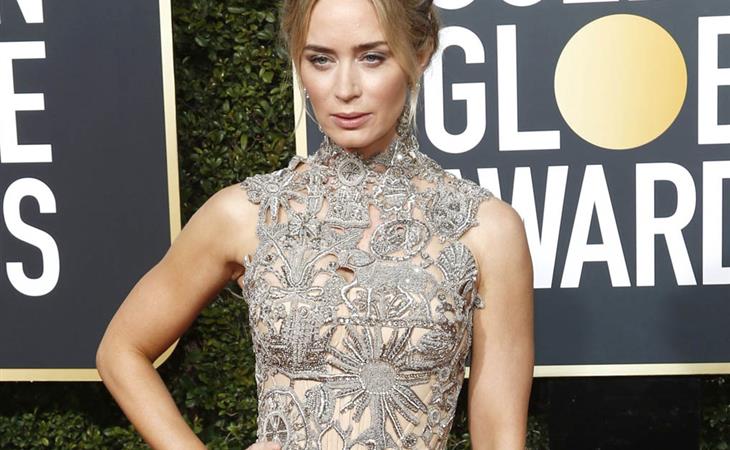 Look, can we not have this get ugly? I’m sorry, okay?! I was nervous enough writing that name at the top of the page – I like Emily Blunt, I think she’s selling the hell out of Mary Poppins Returns, and this dress on someone else might have been a showstopper.

But you know it isn’t. It’s Alexander McQueen, and it’s so close, but – not quite?

First of all, that underlay. I know it’s impossible to match someone’s skin-tone exactly. Maybe it even matched in real life, but in photos, the ‘flesh tone’ has that opaque, slightly cheesy look that takes us right back to dance-competition territory.  I think maybe it’s actually meant to be the slightest pearly-pink shade, which would be lovely with the grey, but it’s close-but-not-perfect here, and it’s distracting.

Plus I think she’s under-accessorized, which is partly because you can’t really put a necklace with that dress, but the austere collar with the austere hair (which is in itself up to accommodate the neckline ), leaves room for at least a big-ass chunky citrine earring? Or an extravagantly highbouffant-y hairdo, like (I can’t believe I’m saying this) Jamie Lee Curtis’s. Anything to have a bit of a twist on what looks like ‘high-end schoolmarm’.

Thing is, that might not be an image that came to mind so easily if she was here for something other than Mary Poppins Returns, wherein a supposedly high-end schoolmarm turns out to be so much more than that. She is fantastic in the role, as you’ve heard/seen, and listen: The outfits (the STRIPES!) in that movie are so spectacular and whimsical and joyful without being all the way over the top, this seems less-than by comparison.

That is, I might have had these same critiques about underlay and jewelry if this outfit had come during the The Girl On The Train era, but at least I wouldn’t be wistfully yearning for her character’s wardrobe instead of hers.

That said, if anyone’s a lock to go the distance this season, it’s Blunt – she may not win everything (or anything) but she’s gonna be in the mix, and maybe she’s bucking awards season convention and pulling out more interesting dresses later in the game – using these early ones (while the voting period is still open) to show everyone how clearly she’s embodied Mary Poppins.

Because she is nothing if not smart and tactical – in her roles, and in her image. I’ve been obsessed with the Hollywood Reporter profile of her and John Krasinski for close to a month, and I’m not finished talking about it either, and that comes to mind here. They are stupendously powerful as a duo – and since Andy Samberg used ‘kids’ slang I guess I can too – standing there in his navy tux, such a perfect complement to her grey, he is nothing if not a snack. Plus, watching him nearly break his hands clapping when she came out as a presenter and to introduce Mary Poppins Returns made me beam almost against my will.

I wish things were different, but what am I gonna do, lie? It’s not a bad dress or a bad look, but it’s my worst dressed because it’s the furthest from how I wanted to feel when looking at the sartorial creation of an actor I really, really enjoy. 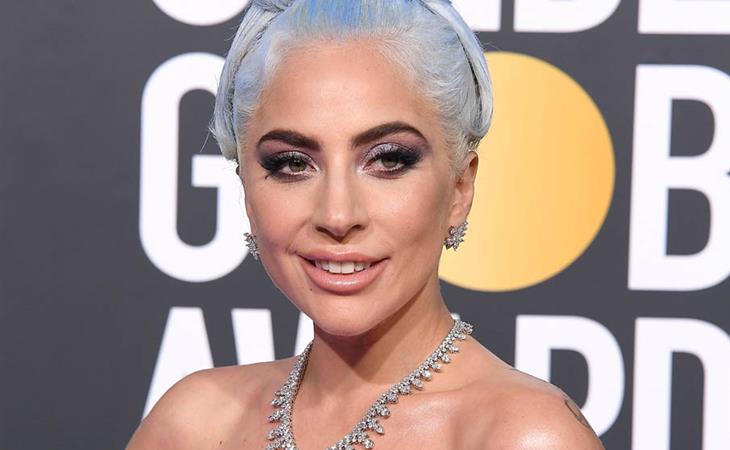 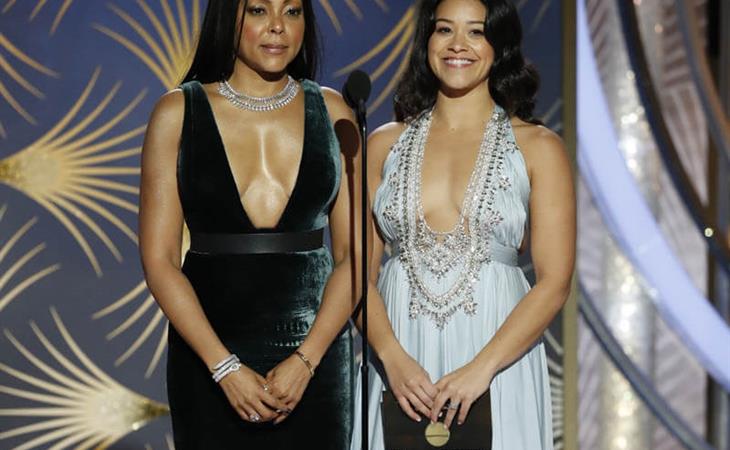