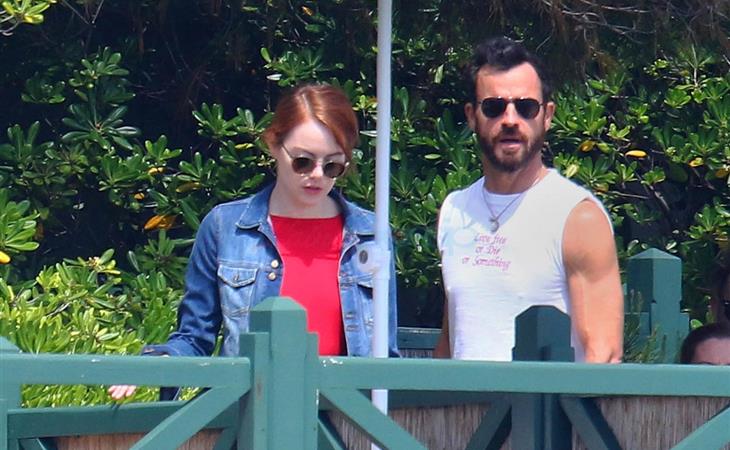 Emma Stone and Justin Theroux were first seen together a few weeks ago hanging out with Jonathan Van Ness. Then they partied together after the Met Gala. Last week she was out with Andrew Garfield and the dinner looked romantic. After that she and Justin repped Louis Vuitton’s cruise collection in the south of France along with several other celebrities, including Sienna Miller and Laura Harrier. Laura and Justin were photographed hanging out on a yacht earlier this week.

Yesterday Derek Blasberg posted this shot of all of them at the Hotel du Cap in Antibes:

And now I’m attaching photos of Emma, in a red one-piece swimsuit, sharing a villa with Justin in nearby Saint-Paul de Vence, which is about a half hour from Antibes and maybe an hour from Cannes. Saint-Paul de Vence is a gloriously tiny medieval town. I went there for the first time on a school trip when I was 16. I remember, even though I was just a teenage asshole with no appreciation for sh-t, looking out at the view from the chapel after climbing up the hill, and it’s all old, old, OLD stones and low arches, even then I was totally moved by all that history.

But here’s why I’m telling you about the distance and the logistics – Sienna is now back in New York, she was papped with her daughter yesterday. On Instastory, Derek shared a video taken from a car, captioning it “Au revoir”, implying that he was leaving…

Is he still hanging out with Emma and Justin? Or are Emma and Justin alone in Saint-Paul de Vence? According to photographers, these photos of them hanging on the terrace in their swimsuits was taken after they went out for lunch “with friends”. And that makes a difference. Because if they all moved over from Antibes to Saint-Paul de Vence, with Derek and Emma’s stylist Petra Flannery, who was also with her on the LV trip, it’s not as gossipy. If, however, everyone else went home and Emma and Justin were the only two to pack up their sh-t and continue their holiday in another town… well… that IS gossipy.

In this set of photos, there is a shot of Emma and Justin talking to a blonde woman in a white linen beach dress over a bikini – so she’s staying there too. You can’t see her face but it could be Mara Roszak, Emma’s hair stylist, who was on the trip too. Or it could be a stranger. The photos are worth more, of course, if they suggest that Emma and Justin are alone. The gossip is better, of course, if they’re alone. If they’re alone then it’s a thing. Because when two people take off on their own, without that group of friends, and they head off to share a villa elsewhere, it’s a level of intimacy that’s hard to sweep into the friend zone. 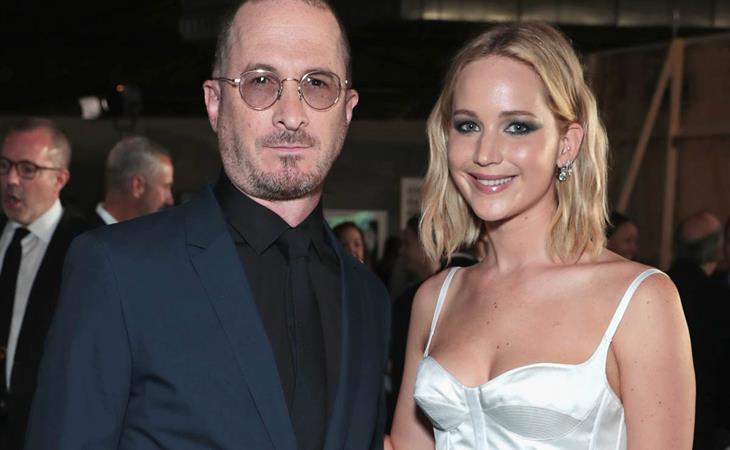 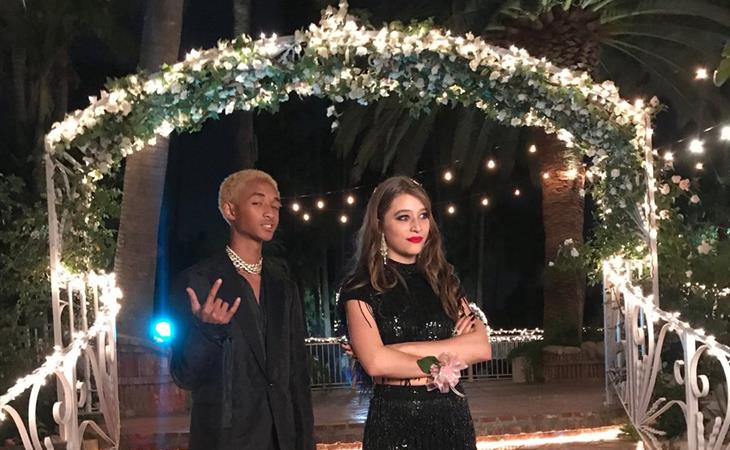