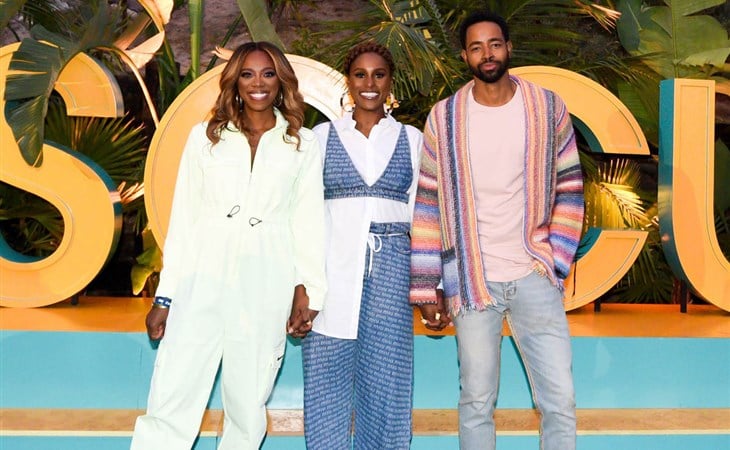 The current fifth season of Insecure is also the final season, and everyone has been in their feelings about it. Our emotional responses (and tweets) about the characters and their stories have kept Insecure as a fav show and topic of conversation (and arguments) since the show premiered back in 2016. The characters are so relatable, and so is the creator and star, Issa Rae. All month, people have been reminiscing about the show, giving Issa her flowers–some literally: when she was on The Breakfast Club last Thursday, they gave her flowers and gifts to recognize her deep influence and leadership in the culture. Issa was also on The Tamron Hall Show, The Late Show with Stephen Colbert, was profiled in the New York Times, and the cover of  EW’s digital issue with co-stars Jay Ellis and Yvonne Orji. Speaking of Jay and Yvonne, they have been busy promoting the show and basking in their own shine too, as Lainey pointed out last week. Insecure was trending all weekend leading up to the premiere, and it still feels surreal that this is the end. But Issa gives us the reason for the show ending and as she does with everything else, she does it her way.

Issa has always said that this is the time to end the show, she planned on five seasons to tell a concise and finite story, and she wants to leave on a high note. Tamron Hall even went as far to ask Issa if she felt a responsibility to keep these characters on television because we are in love with them and see ourselves reflected. But Issa repeated the same sentiment she’s had over the press run: “My mom was like never overstay your welcome, and I live by that. That’s not the vibe I want and I don’t want that for the show either. I’m just appreciative that people are going to miss it and I hope that’s true when it ends.”

She also closed the door on the chance of an Insecure movie, which I feel like people just started asking out of thin air, like how they do about hour-long episodes. Never been an indication that it’s going to happen, and a total fantasy on the fans’ behalf. Issa and Insecure showrunner Prentice Penny have addressed it several times: HBO bought a 30-minute show and we just have to deal with it. Speaking of Penny, he live tweeted with fans during the season five premiere on Sunday, was recently profiled by LA Times, and will continue to do the Insecure Wine Down after shows with Issa, speaking to other cast members on YouTube.

The show has been a place where Black creatives of many stripes have gotten to shine, and we have seen this in how the cast, writers, and crew have been highlighted throughout the years, and now as the show is ending. Variety recently interviewed Insecure executive producer and writer Amy Aniobi, who has been working with Issa since their days at Stanford. She worked with Issa on the Shorty award -winning Misadventures of Awkward Black Girl web series, where many of us fell in love with Issa. The 2011 web series was hilarious, and Insecure contains many nods and commonalities with the series, particularly because of the fact that Issa is just as awkward as her character J in Awkward Black Girl. Season One’s We Got Y’all (which has a website, LOL), Issa’s problematic and white saviour-centered dead-end job, was a lot like the mind-numbing job J had in Awkward Black Girl, and two main characters from the web series ended up on Insecure as Thug Yoda and Sarah, formerly known as Baby voiced Darius and Cece.

Back in February, Issa talked to Vogue about celebrating the ten-year anniversary of the web series, and the impact it had on her career. Both Awkward Black Girl and Insecure are unique but play off of each other and reflect growth. Issa told Vogue that, “Both series have been reflections of myself. Awkward Black Girl is the early twenties version of me kind of getting comfortable in my skin. Insecure feels like the late twenties, early thirties version of myself. I’m looking forward to the next chapter of my life.”

Awkward Black Girl, now viewed by over two million people, definitely had some legendary moments. My absolute favourite was a scene in season one, episode eleven where high school J was rapping (of course) to her crush, inserting herself in a freestyle session. It is an amazingly funny scene and you can truly see the awkward bravery of mini J, and how it totally makes sense when looking at the grown but still awkward Issa in Insecure. Issa has also spoken of the white Jay character in the web series, a choice she made when a colleague suggested she have a white main character to attract white viewers. It worked for the web series, and she even had the Frieda character at the beginning of Insecure, but Issa has shown everyone that an all-Black cast, and two Black lead characters not only works, it’s what we want.

Issa is responsible for making many people’s dreams come true, including her own. As fans, we celebrate both the complex layers in the Insecure characters, and their ordinary and unsavory behavior. Like Issa, we love it because it’s real. Issa’s vision has included so many Black creatives in Hollywood that she is central to any conversation around Black creativity outside of the show. As Netflix content executive Jasmyn Lawson puts it, “Insecure has been a transformative show, not just for Black culture, but the entire industry. As a comedy exec, there’s not a day that goes by that I don’t hear it talked about or brought up in a pitch. Both new and veteran creators use it as a reference. It’s a new blueprint.”

On Sunday’s season five premiere episode, Issa, Molly, Kelli, and Tiffany (her hubby Derek tagged along too) took a trip to alma mater Stanford for their ten year reunion. I love episodes where the show is in a different location, like last season’s Jay Ellis directed “Lowkey Trippin’” where Molly vacationed with Andrew (RIP Andrew, I loved you more than Molly, and evidently you loved yourself more than her as well). The girls are in an OK-ish place–it’s clear that Molly and Issa aren’t back to where they were, but both want to be on a path to be best friends again after last season’s fallout.

Issa is speaking on a panel with other entrepreneurs, and feels she doesn’t have it all together, but that’s what this show is about: the beauty in imperfection and the journey. She has a very cute mirror reunion with her college self, bigging herself up for the ways she has grown, and beating herself up when college Issa is disappointed in the way some things have turned out. Of course, Kelli is involved in some mess. For some reason, Stanford thinks she died and all of the ways they recognize her seem to imply that she’s a joke. This hurts her, but her friends end up reassuring her how much she is valued and we finally get the name of her podcast! It’s called Prenny’s Preguntas. One of my favourite jokes in season one was when Issa asked her if she ever listened to herself and she responded, “All the time, I have a podcast.” As someone with a podcast, I can relate. We are not OK, we never stop talking, and we love the sound of our own voice. So all of this tracks for me – and probably so many others out there.

Later in the episode, Molly and Issa end up getting robbed by an old ratchet friend, and the laugh they share in the aftermath lets us know that they’re going to be OK. Issa breaks up with Lawrence, which I found kind of abrupt to begin the season, but it’s refreshing to see her disconnect herself from his baggage aka him and Condola’s new baby. Even if they end up together in the end, it’s nice to see Issa put herself first.

It’s tough to know that we will be saying goodbye to this amazing show, but I can’t wait to see what they do with the rest of the season. No matter what though, Issa and Insecure’s legacy has already been established. 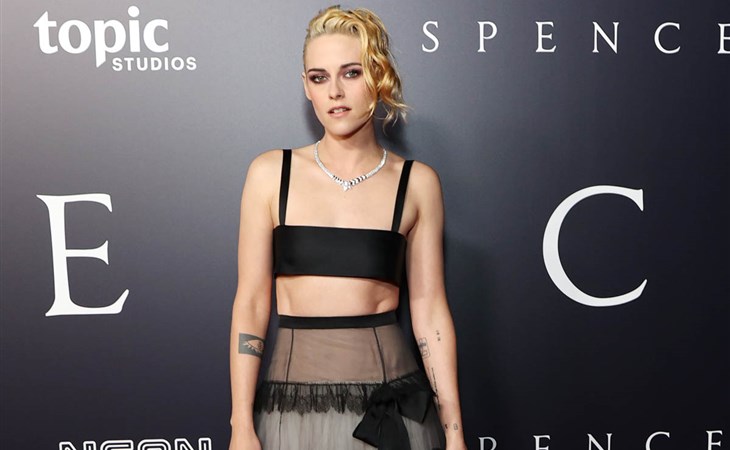