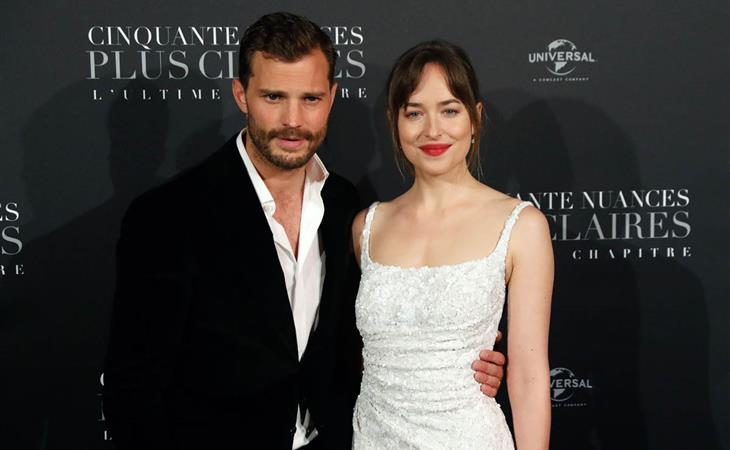 Fifty Shades Freed is the final movie in the Fifty Shades trilogy, and the tone of this movie is “palpable relief”. The whole movie has the energy of the last day of school, teetering between the monotony of just going through the motions and the anxiety of almost, finally, being completely done. Everyone looks embarrassed to be here—except Rita Ora, bless her heart—and the acting is on par with people forced into witness protection. At least Rita Ora is 100% glad to be here, and if everyone had her energy, maybe the movie would actually feel like a movie, and not a series of commercials intercutting the most chemistry-deprived soap opera in history.

Freed picks up with the wedding of kinky billionaire Christian Grey (Jamie Dornan) and mousy-but-also-secretly-a-sexpot Anastasia Steele (Dakota Johnson). Everyone acts like Christian Grey is a real person and not a life-sized cologne ad, and everyone says her name like they can’t quite remember it: “Ana…sta...sia?” After a wedding montage straight out of Brides magazine, Christian and Ana jet off to Paris for their honeymoon. Dornan and Johnson make great travel ad pitch-people, and they smile their way through a montage of jaunty activities around Paris. That’s right, this movie starts with two montages! But then the first of several plots kicks in and Dornan and Johnson visibly deflate when they have to start dialogue scenes.

One of the (many) plots of Freed is that Ana’s creepy former boss, Jack (Eric Johnson, looking trapped), is stalking Ana and trying to blow up Christian’s mainframe or something. It’s supposed to be suspenseful, maybe? Except we know who the antagonist is from the beginning, and none of his plans work so there’s no drama. Also, every ten minutes there’s a commercial for Audi roadsters or a travel ad for Aspen, Colorado, all shot like the commercial for a hotel that plays on that channel about the hotel. At least Freed finally embraces the lifestyle porn inherent in a Cinderella story, but man, there is no narrative momentum in this movie.

There is, however, the WEIRDEST INSULT maybe in all of history. In what would be a subplot in any other movie but is just an interstitial between car ads in Freed, Christian and Ana are renovating an old house on a lake (their castle, get it?). Their architect is Gia Matteo (Arielle Kebbel), whose totally normal-sized boobs are an object of much discussion and debate among Christian and Ana’s social circle, and who openly hits on Christian in front of Ana. Putting Gia in her place, Ana sneers, “You can climb in your SH*T-COLORED CAR and drive back to Seattle!” This masterpiece burn must be a cut line from the homewrecker anthem Jolene: Climb in your SH*T-COLORED CAR/Drive back to Seattle, Jolene.

And just when you think Fifty Shades Freed can’t get any weirder (SH*T-COLORED CAR), there is a KIDNAPPING. Jack kidnaps Mia (Rita Ora, excited to be in plot) and Ana must race to save her, which she does with zero problem. She even shoots Jack, which she and Christian laugh about later. I shot that guy! So funny! We’re billionaires!

There’s another subplot—to quote Duana, this movie is nothing but subplots—about Ana being pregnant and Christian being like, “You’re going to love this baby more than me!” and then Ana is all, “Well with that attitude, yeah.” Like every other subplot, this one is easily resolved within ten minutes of being introduced. Fifty Shades Freed is a total mess but thanks to its insane dialogue (SH*T-COLORED CAR) and ever-changing plot, it’s also the most fun Fifty Shades movie, in that good-bad way that begs for drunk-watching and yelling at the screen. 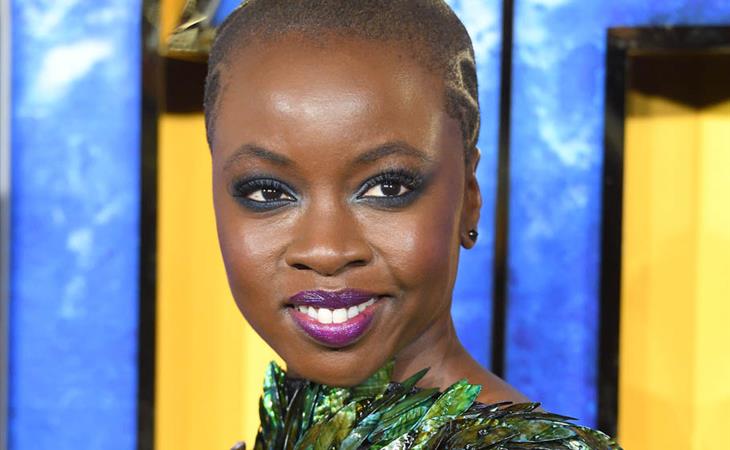 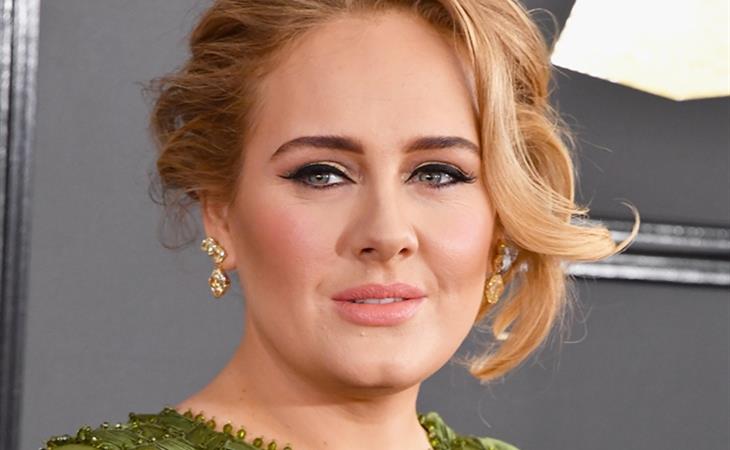