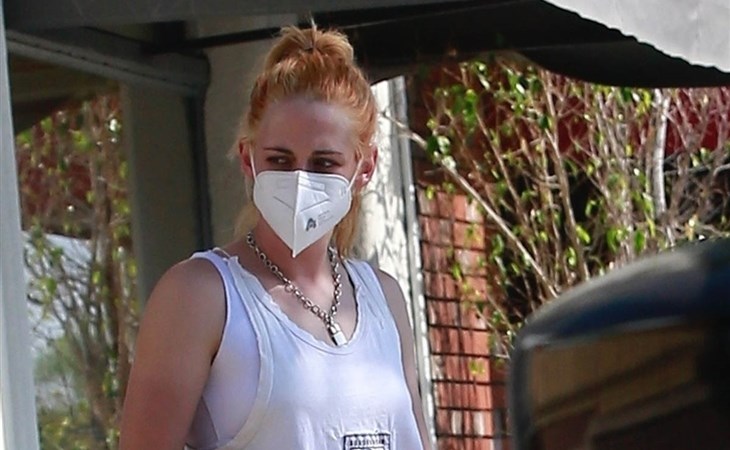 Another fall festival film that dropped a teaser yesterday is Pablo Larraín’s Spencer, the biopic about Princess Diana starring Kristen Stewart. We just saw the gorgeous poster showing an emotionally wrought Diana, and now we have a teaser showing an emotionally wrought Diana. Spencer is a fictionalization of a Christmas at Sandringham and the moment Diana decided to leave Prince Charles, so it is probably going to be a fraught story. The teaser is full of Diana looking miserable in beautiful clothes, sadly wandering in sad rooms, and dancing away her feelings (something The Crown also depicted), all set to a children’s choir rendition of Lou Reed’s “Perfect Day”. Very into it and willing to see what Larraín makes of Diana.

So, does Kristen Stewart look like Diana? No. Not in the slightest. But I don’t really care about physical fealty to the subject. As I mentioned in re: Jessica Chastain as Tammy Faye Bakker, there is a point where trying to look like the subject becomes distracting. I’d rather the actor get there via performance and movement, that they convince me they are this person not because they literally look like them, but because they attain that suggestive quality of being them. In a biopic, it’s the difference between doing an impression and giving a performance. I would much rather watch a performance any day of the week. I am unbothered by KStew’s lack of resemblance to Princess Diana.

But she does have down that way of moving, with her shoulders rolled forward, that suggests shyness even from the center of a fame tornado. There’s a brief glimpse of her doing that thing Diana did, of tilting her head and looking up through her lashes—arguably Diana’s most famous “move”—and there’s a hunted expression on her face that I buy. This is why KStew as Diana isn’t setting off the same alarms as Dominic West as Prince Charles. Neither actor looks anything like their subject, but Stewart is getting something of Diana in her movement and physicality. There is enough there that I recognize this performance as “Princess Diana”. West, however, has nothing of Prince Charles’s physicality. Perhaps a trailer for The Crown season five will change my mind—I hope it does!—but at least in the photo, West isn’t giving me Prince Charles, he just looks like James Bond’s frustrated boss.