GET OUT OF HERE!

We’ll argue about this ending forever, but after the last three weeks, as Game of Thrones descended in a seeming death spiral, it’s a relief that the finale episode works as well as it does—and it DOES work. If you view “A Song of Ice and Fire” as the saga of House Stark, as the story of its fall and improbable rise, Game of Thrones almost sticks the landing. The problem is not any one particular conclusion, it’s just the same problem we’ve been having all season: it happened too fast and without enough proper storytelling scaffolding the decision-making of the characters. But the individual conclusions almost all work, and, much like Arya’s entire journey paid off when she killed the Night King, Jon’s entire journey paid off when he rode beyond the Wall.

Why did Jon Snow come back from the dead? Why make him a secret Targaryen if he was never going to be king? What was all that build up for?! Thrones is built on the idea of subverting expectations, and much of Jon’s story turned out to be a giant red herring that only served to NOT make him the Chosen One. The magic that seemed to gravitate toward him really didn’t matter. He didn’t HAVE to die and come back to make any part of his story work, it was just a cool thing that happened. But Jon’s journey paid off in two specific moments. The first is when he walked past Drogon. Without dragon-approved Targaryen blood, he never would have made it past Daenerys’ guard-dragon. The blood that both bound and separated Jon and Daenerys is also what let him get close enough to kill her. The second moment comes when Jon leaves Castle Black with the Wildlings, abandoning his sentence at the Wall for the life of a nomad.

Three people had enormous impact on Jon’s life: Maester Aemon, Mance Rayder, and Ygritte. With Ygritte, he was happiest, and he saw the potential for a good life among the Wildlings though at the time he was unwilling to forget his duty and join them. Maester Aemon counseled Jon when he was torn between his sworn duty to the Night’s Watch and his loyalty to his family. Aemon revealed he was a Targaryen who could have been king, but stepped aside for his younger brother, going to the Wall so he could not be used in political games against his family. And Mance Rayder was the King Beyond the Wall, a one-time man of the Night Watch who left his post to roam free and unite the Wildlings.

Jon, in going beyond the Wall, both returns to the place where he was happiest, and fulfills the legacy of his two best mentors. And while some people might be mad that Jon is not king—none of my pet theories panned out and that is the least of all reasons to be mad—he ends up choosing a life that suits him, among people who actually like him and want him around. Jon was banished to the Night’s Watch as punishment, but as he said after his resurrection, his watch has ended. He does not resume it, and instead chooses to be free and anonymous beyond the Wall, reunited with Tormund, his best friend, and Ghost, who, like Jon, was always best suited for a life outside castle walls. It’s not without tragedy, but this is about the happiest possible ending for Jon Snow.

I like to think Jon decided to abandon the Night’s Watch after Arya told him she was leaving Westeros. Bran will never leave King’s Landing—we’ll talk about Bran in a whole separate post—and Sansa will be too busy running the North to worry much about her disgraced brother at the Wall. Arya is Jon’s last real link to his family, and without her, there is no reason for him to remain within reach of his family. Arya and Jon were always the biggest misfits in House Stark, so it makes sense they end up the wanderers, especially in Arya’s case. She was never going to settle into a traditional lady’s life, she told us that right from the very beginning. I like to imagine that Arya goes on to become a kind of fantasy Magellan, but her story ends as the people of Westeros know it—Arya Stark escaped King’s Landing after her father was beheaded. She disappeared across the sea. She came back a fearsome warrior who killed the Night King, and then once again disappeared across the sea.

The final season of Game of Thrones will always be debated. We can talk about how rushed it was, and wonder whether or not one or two more episodes would have fixed it. We can scream and cry over our desired ending not coming true (but please don’t do that, entitled fans are The Worst). We can argue whether it is good or bad that Brienne essentially eulogizes that f-ckboy Jaime in the official Kings’ Guard records. We can ponder why anyone would listen to Tyrion after he has been wrong about literally everything for YEARS. Is it perfect? No. But the conclusion of the Saga of House Stark is quite satisfying. A great house fell in spectacular fashion, and its unlikeliest members rose to make House Stark the most powerful in all of Westeros. The Stark heirs won battles, rode dragons, slew monsters, and saw the future. Two of them were crowned. Two of them disappeared into mystery. But together, they changed Westeros forever. 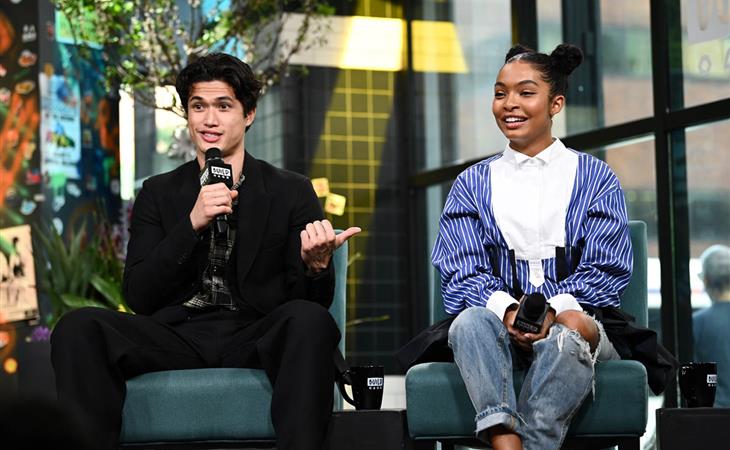