BTS: Do You Know the Entertainer of the Year?

Last week, TIME, ahead of their reveal of the 2020 Person of the Year (Joe Biden and Kamala Harris), also announced their Athlete of the Year (LeBron James), Businessperson of the Year (Eric Yuan, Zoom), and the Entertainer of the Year. The TIME Entertainer of the Year for 2020 is the band that I’ve been shoving in your faces for some time now – and I say it that way because there are those of you who have emailed me to complain about it (enough already, Lainey!) but now here we are, they’re on the cover of TIME with the title so, yes, this is some vindication but it’s also a question: when the Entertainer of the Year is, say, Taylor Swift, or if it were Justin Bieber or another western artist, busy and booked and doing great things during the year, would there be the same kind of “enough, already” messages?

To all those who are always criticizing @BTS_twt , the most important band in the world:
please watch a few videos: I am sure you gonna change your mind.

So … now that BTS is on the cover of TIME and all, as the Entertainer of the Year, here’s another question: Do You Know the Entertainer of the Year? Like if I asked you to, without googling, could you name one member of the seven members? How about this as an easy New Year’s Resolution? Make it a point to know their names, or even just some of their names, the way that I can guarantee that at least 90% of you who visit this site every day can name at least two members of One Direction. From a pop culture knowledge position, at this point, you should be able to name the members of BTS. They are:

To go back to the reasons why TIME decided that they were the Entertainer of the Year, in the article accompanying their moment, the writer Raisa Bruner, mentions the band’s $1 million donation to Black Lives Matter in June, which their fans matched in 24 hours. The quote that follows by Jin, the oldest member of the group, when asked to comment on their support of BLM, is in my opinion the most important in the piece:

“That was not politics. It was related to racism,” Jin says. “We believe everyone deserves to be respected. That’s why we made that decision.”

Jin and his bandmates understand something the British royal family can’t seem to grasp – that Black Lives Matter is NOT political. Equality is not political. Justice is not political. This is about human rights. And this is not new for BTS. They may be famous and powerful now but they’ve always been about these beliefs.

Their music, from the very beginning, when they debuted in South Korea, challenged the status quo. They criticised social and cultural expectations in their home country, they called out economic disparity and privilege in many of their songs, and here’s a story about BTS that came out last week, just after the TIME Entertainer of the Year announcement, that demonstrates the consistency of their individual and collective character through the years.

It has to do with the Sewol ferry disaster in 2014, which made headlines around the world at the time. Briefly – in April 2014, a ferry travelling from Incheon to Jeju Island started sinking, with almost 500 people on board, most of them high school students on a school trip. In the end, 304 people died, 250 of them were students, and the coast guard and other rescue operations were heavily criticised for their handling of the situation, as was the government. This tragedy devastated the country, understandably. And people were especially angry at the government in power at the time because there was a concurrent corruption situation happening. Many prominent members of the Korean arts community publicly voiced their disappointment, including Bong Joon-ho, and I’ve singled him out in particular because he is the reigning Best Director Oscar winner, and he was among the artists who were blacklisted because they participated in the democratic process and put the country’s leaders on blast. See The Hollywood Reporter’s coverage of this from 2017. There is a new government in place now, one that has pledged to not repeat the mistakes of their predecessors, as many of the previous leaders have been removed from office and disgraced.

BTS’s song, “Spring Day, released in 2017, one of the most beloved tracks in their catalogue, is believed to be about the Sewol ferry disaster; they’ve never outright confirmed it but there are enough clues in the music video to indicate, especially to Koreans, that it is unmistakably a tribute to the young lives lost on that boat.

But it’s just been revealed by grieving family members of the victims, however, that back in 2014, a few months after the tragedy, all seven members of BTS and their producer, visited with them and mourned with them; they also donated 100 million won in support (about CDN$120,000). This was well before they were a big deal in Korea, well before they were invited to the big award shows, well before they started touring the world. They were just starting, their careers were far from established, so the point is, this was a major risk, especially at a time when the government was evidently punishing artists and citizens for protesting, for siding with the families in opposition to how they were managing the situation and the investigation. But they were also a group that was telling the stories and the frustrations of a younger generation often let down by those making decisions about their future – for them, then, it was obviously more important, no matter what it might cost them, to represent what they claimed to represent.

So…do you know the Entertainer of the Year? Because the way they’re often labelled, a “boy band from South Korea”, doesn’t really capture everything that they’ve done to actually earn that title. You might say the title actual has to earn them.

Before I wrap this up though, can I just call your attention to Jimin in this TIME cover photo? Check out his shoes. They’re Celine. They’re basically heels, and I love them. Stan a man who doesn’t stick to one side of the shoe department. 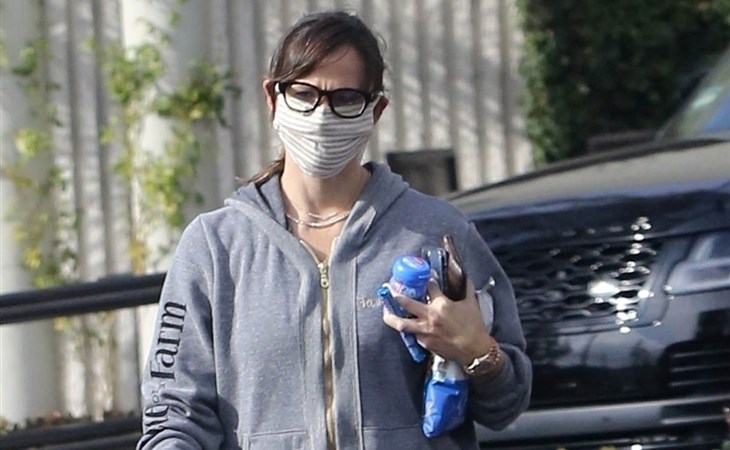