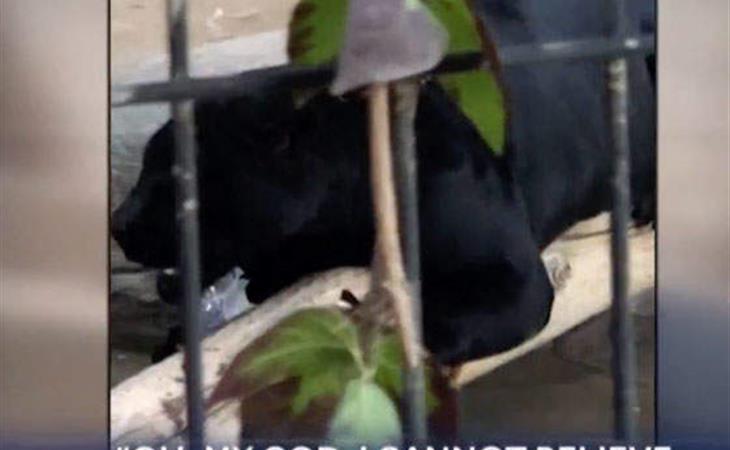 If you missed it, we relaunched our mobile site today. Jacek posted about the changes with information on how to navigate the new features and how to revert back to the classic version. Thanks for all your feedback!

Did you hear about what happened to the woman who decided to not “observe the barrier” so that she could get a selfie with a jaguar? Many people were concerned about the jaguar. The jaguar is going to be OK. Because she did nothing wrong. She was doing her jaguar thing when someone did not “observe the barrier”. I had to laugh here because, naturally, Michael K gets it exactly right at the end of his post when he gives us an assessment of the kind of selfie it would have been and the selective face-tuning that would have happened. (Dlisted)

If I was the Dean of the Faculty of Celebrity Studies at a liberal arts university, there would 100% be a course on Dwayne The Rock Johnson’s Instagram. It would be 400 level. Because no gossip novice has any business studying Dwayne Johnson’s Instagram. Tracy Clark-Flory would be the professor and, of course, she would have tenure. (Jezebel)

It’s about that time for me to bitch and complain about why Leighton Meester isn’t as famous as Blake Lively when, clearly, Blair Waldorf was the heart, soul, blood, sweat, and tears of Gossip Girl. She’s on the cover of the new issue of Shape and it’s been too long since she covered a magazine. (Just Jared)

Lea Michele got married this weekend while we were all gawping at the size of JLo’s monster freak of an engaging ring. I like this dress more than I was expecting to. And while it’s definitely a princess wedding gown, there’s some edge to it. The pointy take on the sweetheart neckline is interesting without being overpowering. And you can tell, the fit is perfect. (Cele|bitchy)

Nina Dobrev and Scott Speedman hung out at SXSW and I swear, if they actually happened, every Canadian of a certain age range would freak the f-ck out. Should we do a Canadian Gossip Genie? (Go Fug Yourself)

Have you ever met someone and later described them as having “no personality”? Maybe that’s the wrong take. Maybe it just means they keep their opinions to themselves. I’m going to think on this. Let me know your thoughts? (The Atlantic)