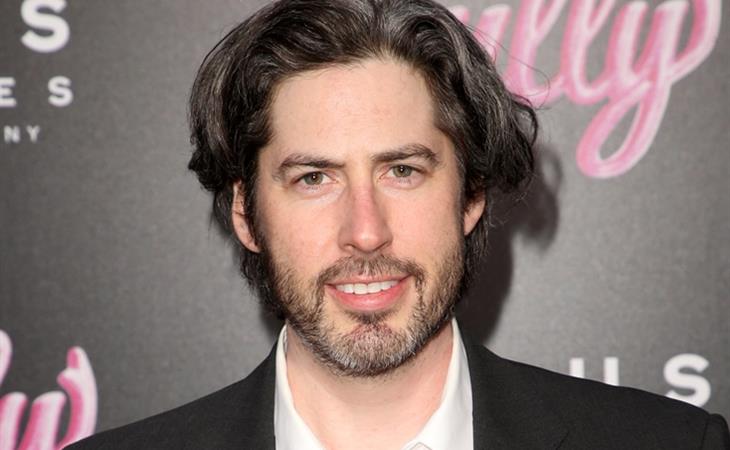 You guys, I am tired. It’s FEBRUARY and I am already exhausted. Here’s the latest sh-tf-ck ruining the mood. Last month we learned Jason Reitman is re-rebooting Ghostbusters in 2020. The announcement left a bad taste in my mouth in re: the 2016 reboot starring women, and of the new film I wrote, “it feels like we’re catering to the very people who made it so toxic and gross.” Well, Jason Reitman went on Bill Burr’s podcast and turned that bad taste into a mouthful of diarrhea and I just don’t have the energy to do this again. You know what? They win. The fedora bros and their toxic gatekeeping win. They can have Ghostbusters.

Reitman starts out by saying he’s “not making the Juno of Ghostbusters movies”, which I take to mean he won’t be making a well-written comedy with heart and humor. He goes on to say that Ghostbusters 2020 will “be a love letter to Ghostbusters,” and that he wants “to make a movie for my fellow Ghostbusters fans.” He caps the whole thing off by saying that they are going to “hand the movie back to the fans”. So trying to do something new and different and making Ghostbusters with women stole the movie away from fans and now Jason Reitman, Hero, is going to restore the proper order of the universe by re-rebooting it but with less chicks this time.

Of course, Reitman says that is not at all what he meant even though he definitely said the words “hand the movie back to the fans” in that order.

Wo, that came out wrong! I have nothing but admiration for Paul and Leslie and Kate and Melissa and Kristen and the bravery with which they made Ghostbusters 2016. They expanded the universe and made an amazing movie!

Let’s give Reitman the benefit of the doubt and assume he didn’t mean to sound like such a toxic f-cking gatekeeper in his original comment, which again, he 100% said with his whole mouth. Even assuming he didn’t mean the exact thing he said, there is no universe in which Reitman is not aware of the toxicity surrounding Ghostbusters. The reason he is out here soothing diaper babies that their precious ghost fighters will be okay is because he knows that there are diaper babies that need to be soothed. He did not say these words in a vacuum. He knew the state of Ghostbusters fandom, he knew the waters into which he was wading. He chose to say “hand the movie back to the fans”. Did he not mean to imply that the female-led reboot hijacked Ghostbusters from the “real” fans? Maybe not. Maybe he is that naïve. I don’t believe him, but your mileage may vary.

People say “don’t feed the trolls” but that just empowers them to behave worse. The sh-t they pulled on Ghostbusters 2016 has since been used on Wonder Woman¸ The Last Jedi, Black Panther, and they’re currently out here trying it on Captain Marvel. Ignoring them doesn’t make them go away, it just makes them bolder. And now the director of the next Ghostbusters is, intentionally or not, validating their bullsh-t by saying the movie needs to be “handed back” to them. Toxicity and gatekeeping win, the diaper babies emerge victorious. Ghostbusters will be returned to its default-male setting, and f-ck those of us who like the 2016 movie, I guess.

I can’t wait to see Ghostbusters: Not Like Juno, which will undoubtedly feature a girl character. She’ll be cute but like, in an approachable way, and she’ll be smart and cool—but not TOO smart and not TOO cool—and she’ll be capable so the girls get a bone thrown their way. But no matter how capable she is, she will ultimately step aside and let the boys take care of business. Jason Reitman wants to make a movie slavishly devoted to the style of the originals, and in OG Ghostbusters women are there to be lust objects or crack jokes. Women do not save the day. Message received. Rocketman is not hiding its icon