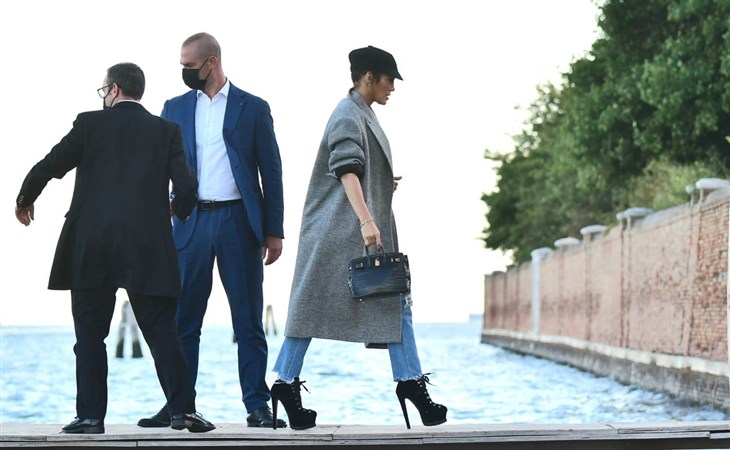 The big Dolce & Gabbana show took place in Venice this weekend, attracting all kinds of celebrities, the biggest name being Jennifer Lopez. I’ll get to the other stars in attendance, and the D&G issue, in the next post. For now, let’s focus on Bennifer.

JLo and Ben Affleck were seen arriving boarding a private jet out of Van Nuys on Friday. We now know she was heading to Italy where she arrived alone. Photos are in the gallery of her heading to her hotel in a black cap, black booties, and a grey coat. Ben, however, has not been seen with her there, and some are speculating if they made a stop first to drop him off… perhaps in London? For months now people have been wondering whether or not – or when – he’ll be shooting his Batman cameo in The Flash, which is currently in production in England.

While that’s a question we can’t answer right now, another mystery has been solved. Remember back in June when Ben was in Las Vegas, not with JLo but with her mother, Guadalupe? Turns out they were shooting a commercial for Wynn Bet – and Ben posted the spot on Twitter just this morning. Lupe makes a cameo!

Weâ€™re betting big on Boston this year! Hereâ€™s a look at the spot I directed to launch @wynnbet #WynnBETPartner pic.twitter.com/RRHckxt92j

So it’s not just that they were hanging out, which they do, on their own, even without JLo, but they were actually working together – he was getting paid…and he got HER paid. Because there is no f-cking way JLo’s ma is showing up in a Wynn ad without a cheque.

Another example, then, of how these two are in full integration. The kids, the families, and some business too!

Let’s go back to JLo and D&G now. Because this look is unreal:

What we’re seeing on JLo is signature D&G. The headpiece, the patterns, the ornateness of it all – this has never been a minimalist brand, and she’s obviously the ideal model for the outfit. She knows how to bring the drama, the extra, she will infuse with all the glamour she’s known for. I mean just look at this shot:

A quick observation about makeup though. Check out this closeup of her and pay close attention to her lips:

You see how the lipstick has been overdrawn on the upper lip? I like slightly overdrawing my lips too, mostly on the bottom because it’s not as visible. And when it’s done on the top, it’s not always this obvious. I think in this case, with the angle of the shot, and the gloss of the product, you see it way more than you do in other photos. And it’s definitely a makeup application trick, one that she prefers over injections. Whatever treatments JLo has gotten over the years (in addition to not smoking, sleeping well, limited alcohol), she’s never done anything to her mouth. 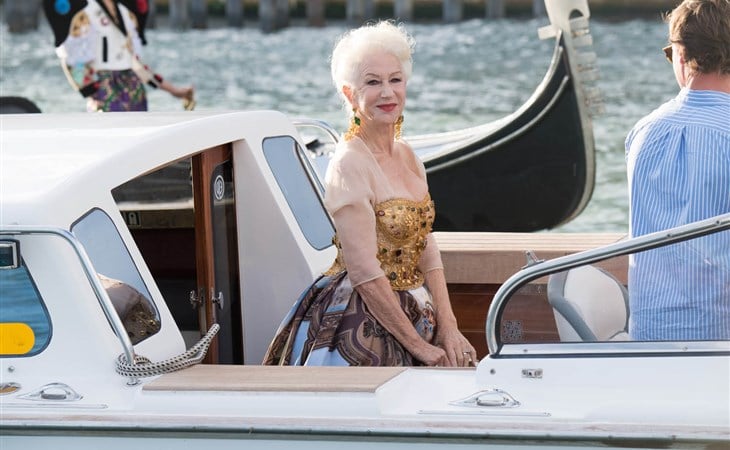 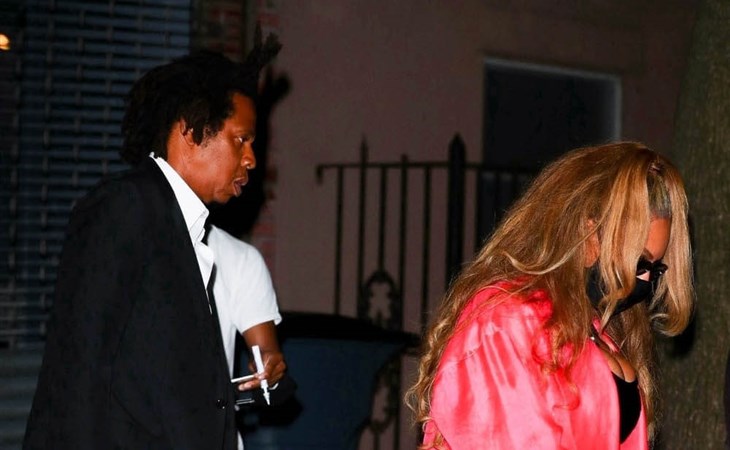