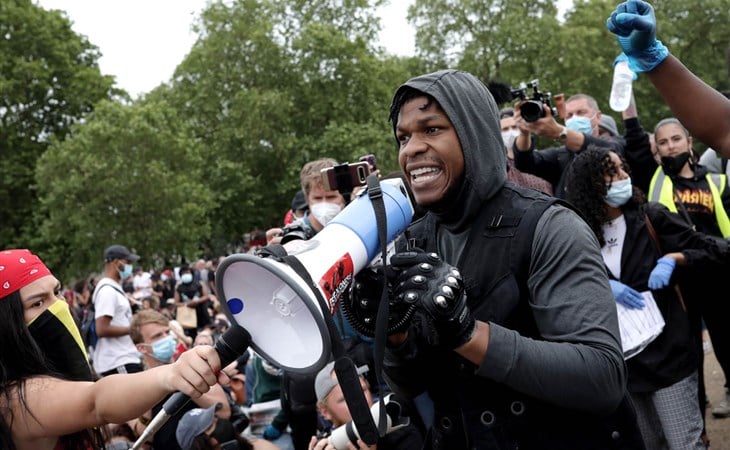 John Boyega has not been quiet this past week after the murder of George Floyd. He shut down commenters last week when he tweeted that he hates racists which, I dunno, seems like a pretty uncontroversial statement, non? And people still had to get into his mentions with some all lives matter bullsh-t. Today in London, thousands gathered to protest anti-Black racism, including John. And he spoke emotionally about the fight for equality, the need for justice, and called for change. As he said, “I ain’t waiting”.

He also took the opportunity to recognise the contributions of Black women and pledged to hold them up.

And as overcome as he was, he reminded people to keep the peace:

A King of the Black Community right here who also acknowledged that he may be doing this at great personal risk – on multiple levels. Because, of course, all of this is happening during a pandemic.

How f-cking sad is it that he feels that he may not have a career after this? That marching in defence of Black life and dignity might jeopardise his opportunities? But that is the reality of being Black and outspoken and the fact that most Black people must make their living in white spaces. This is why they’re calling for allyship, for non-Black people to assume some of the risk, and in doing so, it reduces risk.

Something for all of us to think about in our own workspaces. Share some of the risk and, maybe, if enough of us do it, the risk will be on the decision-makers and the power-players if they DON’T change their hiring practices, their pay structures, and their policies. 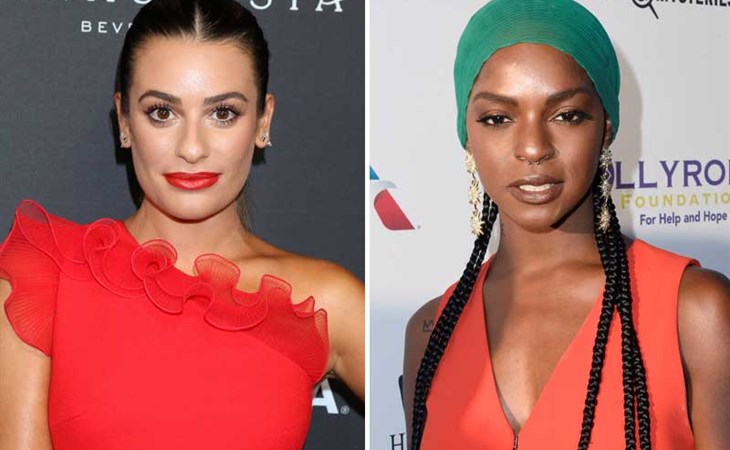