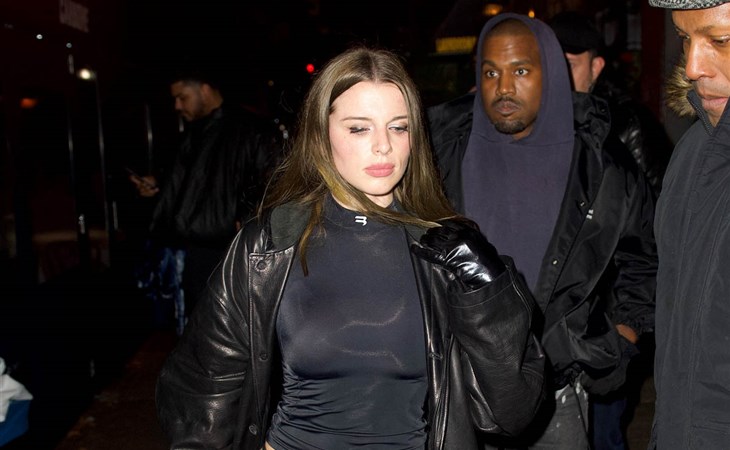 As I wrote yesterday, gossip is giving us a couple-off to kick off 2022 and now Kanye West and Julia Fox have answered Pete Davidson and Kim Kardashian’s trip to the Bahamas. To recap: Kanye and Julia spent NYE together in Miami, then went out for a second date in New York. That was Tuesday/Wednesday. By Wednesday afternoon, our heads whipped to the other side of the court when the paps shot Pete and Kim leaving the Bahamas after a few days in the Caribbean. They made a quick stop in Miami before returning to LA.

Then last night, Ye and Julia answered with a strong forehand – an exclusive feature in Interview, with Julia providing a brief but VERY detailed write-up about how they met.

Julia says they had such a great time in Miami they decided to hook up again in New York. She was “impressed” that he arrived on time at 7pm for the start of Slave Play even though his flight only landed at 6pm. That is, indeed, impressive. Kanye, like Mariah Carey, is not punctual. Then…

“At the restaurant, Ye directed an entire photo shoot for me while people dined! The whole restaurant loved it and cheered us on while it was happening. After dinner Ye had a surprise for me. I mean, I’m still in shock. Ye had an entire hotel suite full of clothes. It was every girl’s dream come true. It felt like a real Cinderella moment. I don’t know how he did it, or how he got all of it there in time. But I was so surprised. Like, who does things like this on a second date? Or any date! Everything with us has been so organic. I don’t know where things are headed but if this is any indication of the future, I’m loving the ride.”

I am screaming… are you screaming?

Imagine being in that restaurant while Ye “directed an entire photo shoot” for his new muse while people were eating their carbonara? And of course, it was a Cinderella moment – Kanye’s whole sh-t is to Cinderella his women. He Cinderella-ed Kim, and in Julia, as I noted the other day when I first wrote about their situation, Kanye has found a formidable gossip gamer. She is ready for this. And the thing is… Julia Fox is not a no-name. Before Kanye, and even before Uncut Gems, she was already known on the New York scene. And in the best way, for people who keep track of this sort of thing. As in, not known to the mainstream but known to the people who know, you know? So while Julia doesn’t have the profile of Kanye, she does bring her own cultural currency to their hookup (on top of having worked with Steven Soderbergh and the Safdie brothers), as evidenced by the fact that this isn’t her first ride with Interview either.

You’ll note, the date diary she’s provided isn’t being showcased at some low-level tabloid, like In Touch or Life & Style, nor did she offer it to the MiniVan Majority at PEOPLE Magazine. Interview is on a whole different level, and she was featured in Interview last September with Tommy Dorfman, who she’s known for years, and who has her own connection to Jeremy O Harris, the playwright of Slave Play. So when Julia was backstage with Kanye the other night after seeing the show, she may have been more familiar with the people there than Ye was. She looked comfortable because she was – it’s probably more her scene than his.

As for Ye, with the restaurant photo shoot and the Balenciaga wardrobe delivered to the hotel suite and these shots of them making out … is it a little desperado? Especially since Balenciaga is how he styled Kim? Which means you could say that he’s just creating a clone? Transferring what he did with her to someone new? Well, yeah, sure.

But that’s also part of the entertainment. Because he’s flexing his ego, as always. It’s a reminder that he DID style Kim. That he DID transform her whole aesthetic. And that he could easily do it again… this time with Julia, a gossip superstar in the making, who clearly is already very good at being famous. It is a Celebrity Couple-Off indeed! What’s next, Kris? How will Pete and Kim fire back? There won’t be another Denzel 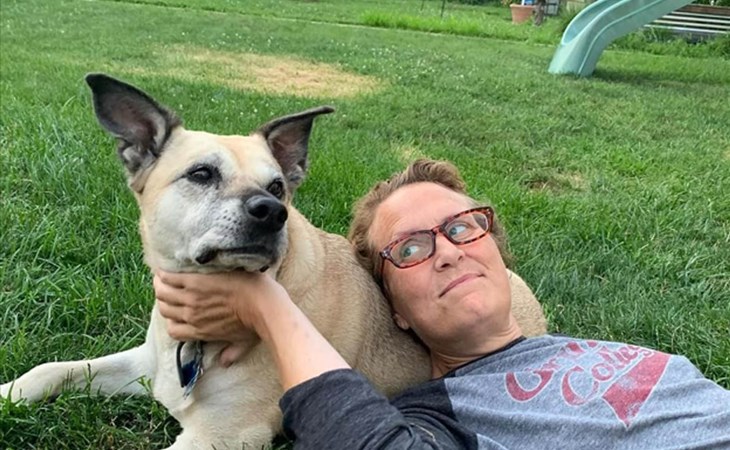