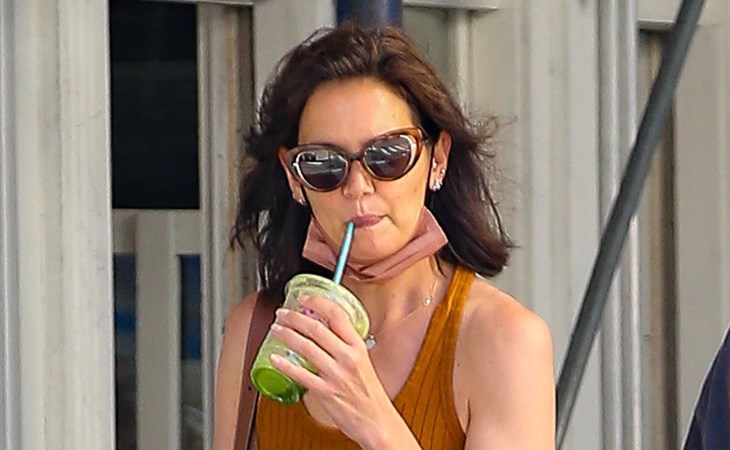 Katie Holmes just announced her own production company today, Lafayette Pictures, in partnership with Yale Productions. She has several projects already on the go: The Watergate Girl, a series she started shooting recently; she’s writing the film adaptation of Rare Objects the book by Kathleen Tessaro; and she also wrote, directed, produced and starred in another untitled feature that is currently in post. Joey Potter has been quietly putting on all the hats, showing her work behind the scenes, and has positioned herself to be able to create work for herself without waiting to be invited to work for others.

Lafayette, the name, though…what’s the significance? Katie’s a New Yorker, the New York area code is part of her IG handle, and she’s often seen shopping on Lafayette. That would be the easy guess. Or maybe she’s a fan of Daveed Diggs/Lin-Manuel Miranda/Hamilton.

Anyway, here’s Katie in NYC yesterday in a rust-coloured tank dress with shorter hair. Is this her natural hair texture? I never know if her hair is naturally straight or wavy and there’s some wave to it here that I can’t decide if it’s a perm (I’ve been wanting a digital perm FOREVER but it takes at least four hours and I’m not convinced it would work on my hair anyway but perms have come a long way FYI) or if that’s just how it grows.