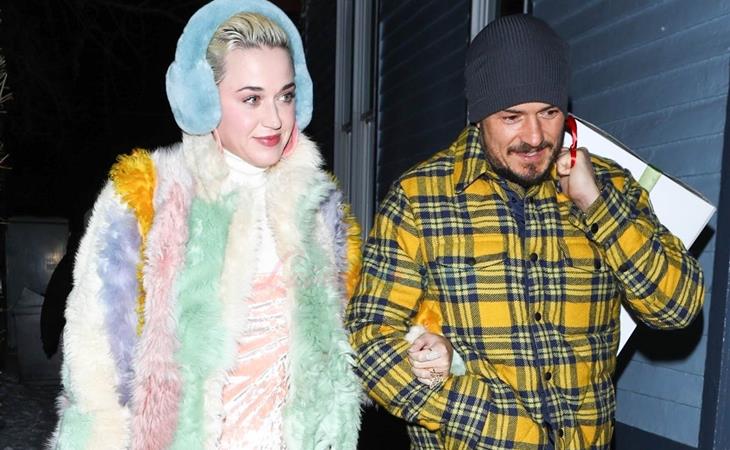 Every year at Christmas I wonder if there’s an email that goes out to celebrities giving them their options: hey everyone! This year it’s either – and always – Hawaii, St Barts, or Aspen. Because so many of them end up the same destinations. And the paparazzi ends up there too. What if they went skiing in Whistler instead (which is better – I’m Canadian)? Would they be photographed as much? Maybe that’s the point, non?

Katy Perry and Orlando Bloom were in Hawaii for Christmas. They were then seen in Vegas at Lady Gaga’s show. After that they were off to Aspen for New Year’s. Which brings up another question I have: packing!

On a beach holiday, sure, you bring several swimwear options because they don’t take up that much space. With snow gear though, that’s a whole other space issue. In Aspen, Katy and Orlando have their snowboarding clothes. Plus, as you can see from these photos, at least two different puffers. And those are different from their apres-ski outfits. The other night for dinner, Katy stepped out in a poncho with a furry collar and Orlando was in a jacket with another printed pattern. And last night she was in another multi-colour coat and he was in yellow plaid. I just came back from Vancouver and spent the whole week there in one coat but before we left, when I was packing, I was desperately trying to make room for a leather jacket. Celebrities have all kinds of advantages. Packing is one of them!

Can Netflix please make a show about celebrity packing and the logistics involved? And the work of the personal assistants and the handlers etc to ship their clothes and shoots and boots (OMG the boots! Shoes take up so much space!) from one destination to another? I would watch the sh-t out of that show. 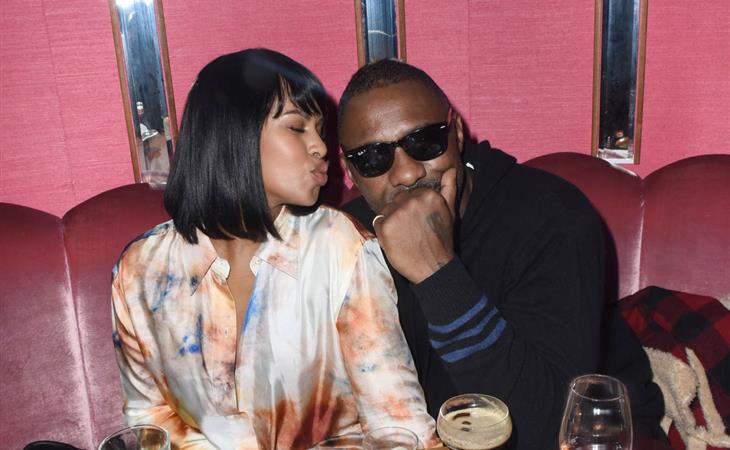