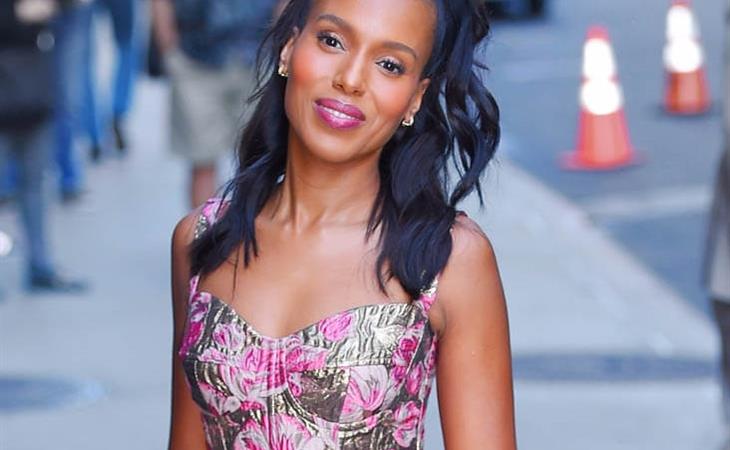 The final season of Scandal premieres tonight, thank Shonda. Listen, I love Scandal as much as the next Gladiator but it’s time. Just like it was time for Grey’s Anatomy to end about 5 seasons ago. I still watch Grey’s. I will continue to watch Grey’s until Seattle Grace hospital has faced every natural disaster and man-made tragedy one hospital could ever face. I will watch it until Meredith Grey has faced every trauma and heartbreak one human could ever face. But I will keep wondering why Shonda Rhimes won’t just put us out of our misery. God, I miss Cristina Yang. Watching Grey’s now feels like a chore. I am so glad Scandal is ending before my reasons to watch come down to nothing more than my allegiance to Shonda Rhimes and my affinity for Kerry Washington in a white suit.

When Grey’s ends, it may just be remembered as that medical drama that stayed on the air way too long – or maybe it will be hailed as the show that kickstarted Shonda Rhimes’ reign as the Queen of Primetime. When Scandal ends, what will its legacy be? Kerry Washington is currently on a press tour for the show’s premiere and The Hollywood Reporter asked her and the cast about how Scandal will be remembered. Here’s Kerry’s answer:

“I hope that we leave a legacy of groundbreaking storytelling [that's] unpredictable. I hope that people remember being a little bit more alive because of our show. We take you on a ride of intensity, fear, romance and elation, whatever it is, but you feel more alive every Thursday at 10 p.m. when the show is over and you're more connected. That is an important part of our legacy.”

Kerry’s not wrong. Scandal is pure escapism and right now, we all need the escape. But Kerry Washington is too humble to brag about her own role in what Scandal will be remembered for. What she’s missing is the impact of her face on every Scandal poster and the importance of her presence as a black woman leading a primetime TV show. Scott Foley, who plays Olivia’s OTP Jake Ballard (don’t @ me Fitz fans), had this to say about the show’s legacy:

“Legacy-wise, I have a feeling that it’s going to be reduced to one of the first shows to live-tweet and one of the political shows in a politically charged climate. But somewhere along the lines, it’s gotten a little lost that Kerry Washington was the first African-American woman to be the lead of an hourlong drama on network television in something like 48 years. The show broke a lot of stereotypes and a lot of new ground doing things along those lines and I hope that doesn’t get lost.”

Did that turn you on a little bit? Just me? I don’t think Scandal will be reduced to the show that started live-tweeting. I don’t think people will forget that black women have had to endure years of unfair, ridiculous and stereotypical portrayals on TV and that to see a black woman as a fully-formed, complex human being with flaws and intelligence was essentially nonexistent in primetime television before Olivia Pope. I do think it’s important to remember that Kerry Washington was the first black woman to lead a network drama in 37 years. And it’s important to remember that a black female showrunner was the reason that happened.

Here’s Joe Morton aka Papa Pope on the show’s impact:

“On some level, Shonda is the legacy. She broke all kinds of things by becoming the producer of this show, How to Get Away With Murder and Grey's Anatomy and she's moving on up, as it were [with a big Netflix deal]. Here's this black woman that managed, in a very strange time politically, to accomplish a great deal in this business.”

Duana and Lainey have both written extensively about the fact that Shonda Rhimes does not get the respect she deserves. The woman has never won an Emmy! The cast of High School Musical has an Emmy, for f-ck’s sake. So, when you see Kerry Washington on GMA, The View and Late Night with Seth – that’s all the press she’s doing today – don’t forget about the legacy she and Shonda Rhimes have achieved with seven seasons of Scandal. I can’t wait for the premiere. And I can’t wait to see what they both have in store for us next.

Kerry was on The Late Show with Stephen Colbert last night being as charming and adorable as ever. The full clip is below. The conversation is a little awkward at times but the lipstick bit at the end works. Also, this look is so stunning, you have to see it in motion.


Attached: Kerry at Colbert last night and at Good Morning America this morning.