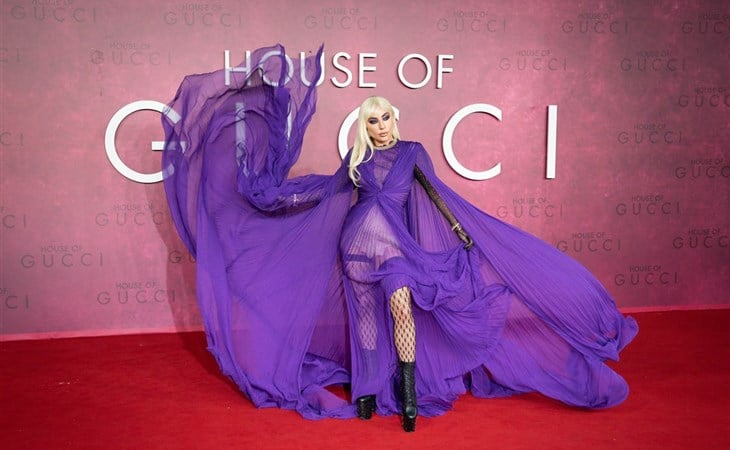 It was expected. For this film in particular, for this character, Lady Gaga would bring drama and spectacle, a symphony of extra, to the red carpet. And she did last night in London for the UK premiere of House of Gucci. Should we care about the reviews? Well, you can, but I don’t and won’t.

House of Gucci, for me, is review-proof. The film doesn’t have to be good. In some ways, I’m actually hoping it’ll be bad. But, really, it doesn’t matter. All House of Gucci needs to be is… itself, like Gaga herself: campy, over-the-top, absurd, quotable, and meme-able. There is no doubt it will deliver on all those counts, just like its leading lady.

But look at her. Is there anyone else to look at? She’s in Gucci, duh, and she’s dialed up the Gucci by degrees of Gaga with the eye shadow and the severe hair and the gloves and the fishnets and the platforms and with the posing, throwing up her arms to release the full theatrical experience of the dress, as if she were actually capable of summoning wind, a fashion superhero in our midst. An irresistible fashion superhero. Irresistible even to the sometimes surly Adam Driver who ranges from looking bewildered by her, and then seems to just give in to the Gaga-ness of it all.

A superhero indeed, see? Gaga performed a miracle – even Adam Driver relented and is letting himself have some fun!

And this is just the beginning. The House of Gucci press tour will have many stops. Which means we’re in for more Gaga being Gucci until the movie opens in two weeks and beyond – because she is going hard for that Oscar nomination.

Remember, last time she was on the Oscar nomination path, like she does with her songs, she found a refrain and she stuck with it – it was the “one hundred people in a room quote”. What’s the new chorus for the Lady Gaga House of Gucci Oscar run?

She started singing it in her Vogue profile last week. It was this comment that made me scream:

“I only felt that I could truly do this story justice if I approached it with the eye of a curious woman who was interested in possessing a journalistic spirit so that I could read between the lines of what was happening in the film’s scenes.”

The “journalistic spirit” appears to be her new chorus – at the 50 second mark below:

'Her strength really stood with me'

The queen of all queens, Lady Gaga, talking about how Patrizia Reggiani impacted her. She IS the assignment ðŸ’œ #HouseOfGucci pic.twitter.com/pSgEKZqmHS

“Delving like a journalist into her life.” I wonder how many times she said this on the press line. 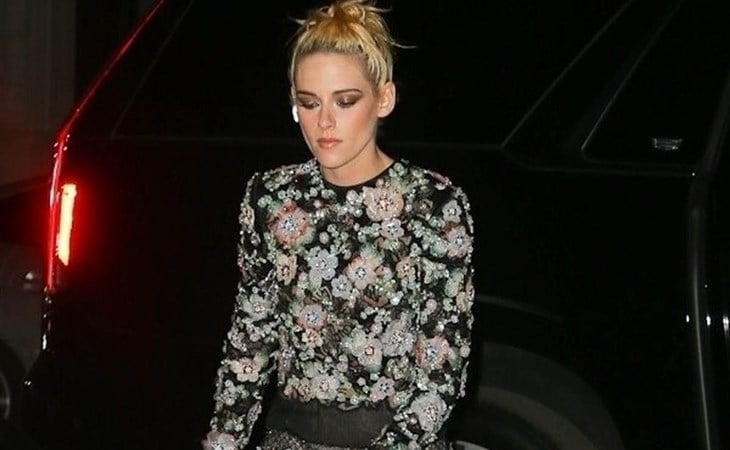 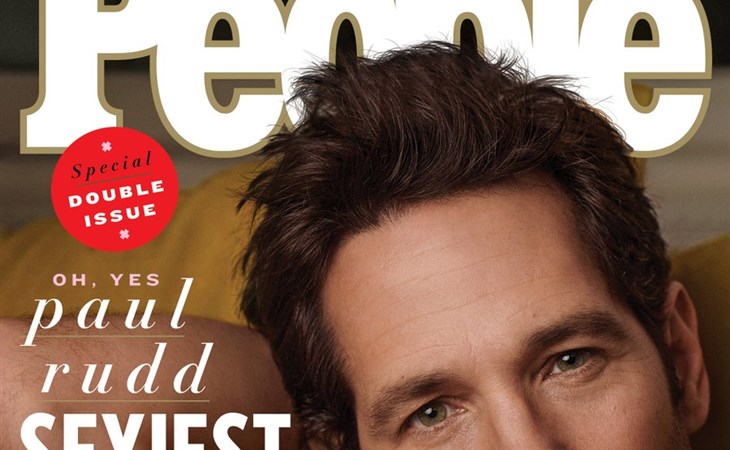