Is it too early to declare, officially, that the celebrity profile is back?! Because in the last month, we’ve had multiple excellent celebrity profiles, two of them written by the same person, about two of the world’s biggest superstars, and another that included the now-iconic sentence, “I am weed”, serving exactly what we want out of this kind of article. That, of course, was from the joint Megan Fox/Machine Gun Kelly profile in British GQ Style. A week before that it was Adele, giving separate interviews to Vogue and British Vogue, getting super personal and spilling her own tea, and now it’s Lady Gaga going full Gaga for the December 2021 issue of British Vogue. It’s exhilarating – I mean Gaga in this piece and also just the possibility, maybe even the actuality, that the celebrity profile has been restored to its former glory.

What’s the sign, for me personally, of a great celebrity profile? When I really don’t want to excerpt it – because I want you to read it in its entirety, no spoilers, and have the same reaction. That’s how I feel about this piece by Giles Hattersley for British Vogue about Lady Gaga – a whole ass scream from top to bottom. Giles also wrote the Adele piece last month so he’s basically the equivalent of halfway to EGOT at this point. To continue this imperfect analogy, if Adele’s profile was a Grammy, Giles’s piece on Gaga is Oscar… and part Tony for the drama and the theatre. To quote Tony Stark in The Avengers, because we’re just throwing it all at the wall now, that’s how exhilarated I am having read this article, this Gaga British Vogue profile is a “full-tilt diva”. As befitting a full-tilt diva! During full-tilt diva season: award season!

But while, of course, yes, Giles is all Show Your Work here, he couldn’t take his work to this level without Gaga. Lady Gaga gave good Vogue. And if you know your divas, you know where that particular turn of phrase comes from – “Vogue”, the song, by Madonna, who came to mind because before Gaga, there was Madonna. And this is what they have in common: Madonna and Gaga are among the best at being celebrities. Giles acknowledges this throughout the piece, describing how she preens and performs for him throughout their exchanges, living up to her celebrity:

“It is a curious experience to encounter a pop culture legend giving you her most quintessential vibe, and Gaga has not disappointed.”

All caps because… you’ve seen the trailer, right? You’ve seen the posters? You saw all the pap shots? You know what this is about?

Exactly. Lady Gaga is playing Lady Gucci and she is stalking the Best Actress Oscar, so the entire mood of this is movie is extra, over-the-top, give me more and then give me even more. Why would her Vogue interview be any different?

This interview is a performance about her performance. In House of Gucci, Lady Gaga plays Patrizia Reggiani. In Vogue, Lady Gaga is playing Lady Gaga who plays Patrizia Reggiani. I know I said I didn’t want to excerpt but I can’t help myself, I’m still stoned off of this quote – as Gaga tells Giles how she prepared for the role without having met the real-life still-alive person she’s portraying in the film:

“I only felt that I could truly do this story justice if I approached it with the eye of a curious woman who was interested in possessing a journalistic spirit so that I could read between the lines of what was happening in the film’s scenes.” She seems keen to ensure she is being crystal clear. “Meaning that nobody was going to tell me who Patrizia Gucci was,” she says, flatly. “Not even Patrizia Gucci.”

My soul left my body when I got to this part of the profile. Because we’re all so familiar with Gaga now, I think, that we can all hear her saying it, and picture her face. She would have been earnest at this point in the conversation. But with Gaga, even when she’s earnest, it comes out with a side of camp. You have to be earnest-camp to go from “the eye of a curious woman …interested in possessing a journalistic spirit” to “nobody was going to be me who Patrizia Gucci was, not even Patrizia Gucci”. LOL forever.

Gaga saying â€˜There can be 100 people in a room and 99 of them donâ€™t believe in you but all it takes is one and it just changes your whole lifeâ€¦â€ but every time Bradley Cooper dies a little more inside... pic.twitter.com/4F3V3APbXJ

But that’s because she was Ally in ASIB. She was the girl who hated her nose. She was the girl with big dreams and a big voice. Her energy from that time matched her character. Her interview this time also matches her character – an Italian husband-murdering, larger-than-life, high fashion, temperamental socialite, the Ultimate Real Housewife, in a movie that was made for meme-ing and catwalking and TikToking and wig-snatching. After all, as Giles writes in his piece, we’re talking about a film where the “producers settled on a somewhat retro-seeming plan to have the cast deliver their dialogue in English with thick Italian accents”.

The Gaga here in British Vogue, then, is exactly who we’re expecting – and always more. So she’s not doing the 100 people in a room now. She’s doing this:

“I appreciate so much how the public has adored me for almost two decades now. Whether I’m singing, acting or walking a red carpet, I love making the public smile.”

Not just the public, though. This is also for Hollywood. For Hollywood’s award season comeback after over a year of imposed restraint. There are other contending films and performances on the way in the coming weeks that will be a factor at the Oscars. Joel Coen’s The Tragedy of Macbeth, Paul Thomas Anderson’s Licorice Pizza, Guillermo Del Toro’s Nightmare Alley, just to name a few directed by previous Oscar winners and by directors who are always considered by the Academy, like the moment their names show up in the opening credits.

So the Gaga show begins. This British Vogue interview marks her first major press commitment to kick off the House of Gucci promotional tour – it’s a perfect start to what will hopefully be an appropriately bonkers few weeks of media blitzing before the film’s release on November 24. Start preparing for this now, we need to brace ourselves for her red carpets.

PS. If Lady Gaga is covering British Vogue… who does Anna Wintour have planned for American Vogue? Last month Adele covered both Vogues. If British got Gaga, I’ve a feeling American is getting someone major too.

PPS. In addition to Gaga going full Gaga, Adele 30 is on the way. Taylor Swift is stepping out too. And… Beyoncé is coming with King Richard. And Bennifer could have a presence this award season. Why is Fall 2021 so good to us? 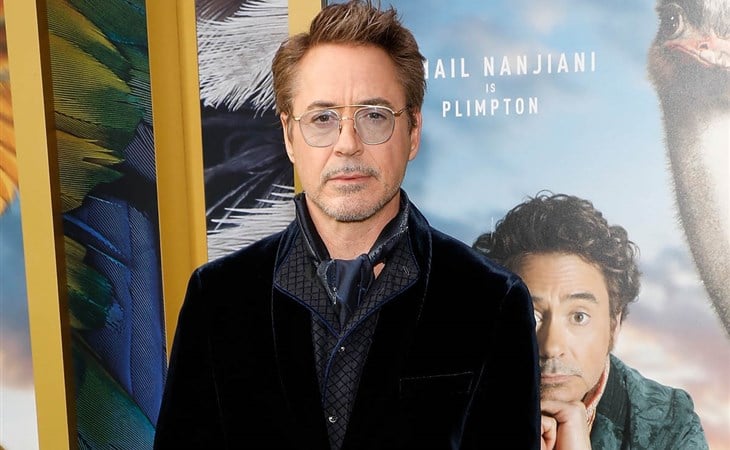