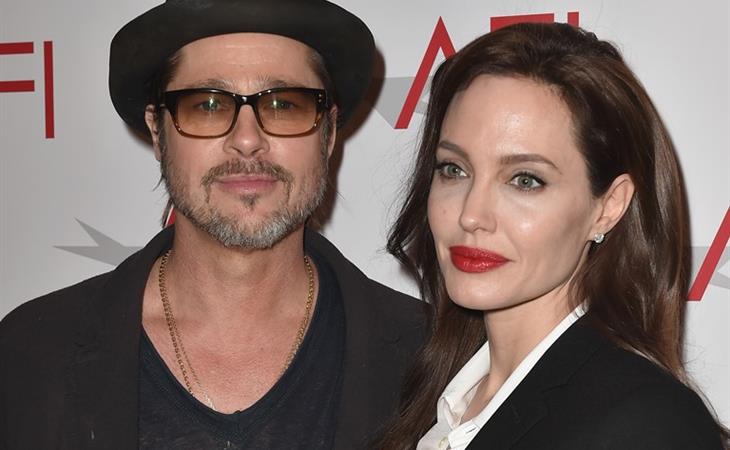 Earlier this month, TMZ reported that Angelina Jolie’s lawyer, Laura Wasser, was about to quit representing her. Angelina’s spokesperson, Mindy Nyby, then released a statement to PEOPLE saying that “I’ve spoken directly to Laura. The TMZ story is not true. She’s not quitting now or in the future.”

Well, PEOPLE is now reporting that Laura is no longer repping Angelina.

“Angelina has decided to change counsel to Samantha Bley Dejean, as Samantha’s expertise is the protection and best interest of children,” Mindy Nyby, a spokesperson for the 43-year-old mother of six, tells PEOPLE. “Angelina appreciates Laura’s cooperation in transitioning the case over the past several weeks.”

“Angelina decided to put Samantha in charge of her case,” a source close to Jolie and Pitt’s contentious custody battle tells PEOPLE. “She put her in the lead a month ago, and over the past month, the case has been fully transitioned to Samantha.”

Adds the insider: “She has come to rely on Samantha’s counsel and thought it best that she take the lead.”

Sloppy. And so frustrating. Because we expect better than this from Angelina Jolie. She normally gets ahead of a story instead of falling behind it and having to scramble to reposition it. So what’s happening here?

As I wrote initially, when TMZ first reported on the relationship between Angelina and Laura Wasser, I noted that TMZ’s characterisation of whatever problems were happening between Angelina and Laura didn’t make much sense because they claimed that Angelina was getting too “hostile” for Laura’s style, that Laura prefers to reach resolutions amicably. Um, Laura represented Johnny Depp in his divorce from Amber Heard. And again, as I mentioned then, nobody was characterising that divorce as “amicable”. In fact, TMZ was pretty pro-Johnny (and therefore pro-Laura Wasser) and a lot of their coverage felt like an attempt to undermine Amber’s claims.

So even before World War Brange began, we knew that there’s some kind of connection between Laura Wasser and TMZ. Which I can’t imagine was a comfortable place to be when your current client keeps getting trashed by a media outlet that has shown preferred treatment to her estranged husband. Is that a conflict of interest? And did that have anything to do with why she and Angelina are no longer working together?

There are two ways of looking at this. First, if you’re anti-Angelina and you think she’s a piece of sh-t for coming between Brad Pitt, the handsome movie star with the Midwestern values, and his kids, then Laura Wasser dumped her conniving ass because she’s impossible and cruel and an asshole. Evidently she didn’t mind those qualities in Johnny Depp but Angelina must be that much more of a c-nt, you know? For even Laura Wasser to not be able to manage it. And means Angelina has created a mess for herself that she can’t get out of but is trying desperately to claw at any scrap she can get at.

Or, if you’re not decidedly anti-Angelina, but you understand that Angelina normally keeps a pretty tight operation and, in this case, has been getting outplayed and out-leaked, you might be wondering whether or not, given whatever connection exists between Laura and TMZ, Angelina’s having some trust issues. If I were advising Angelina, having observed how TMZ’s been leaning both in this case and in Johnny Depp’s divorce case, I would wonder what impact that was having in my public relations. Also, in general, I wish I were advising Angelina because it’s embarrassing, no matter what her intentions, whether she’s a bitch or not, how she got caught flatfooted here.

Our job then, going forward, is to see whether or not the PR changes. We’ve seen where Brad’s been landing his legal leaks. Now that Angelina’s changed legal representation, it’ll be interesting to see how her side frames her position publicly and whether or not TMZ’s coverage – or access – is any different with the departure of Laura Wasser.