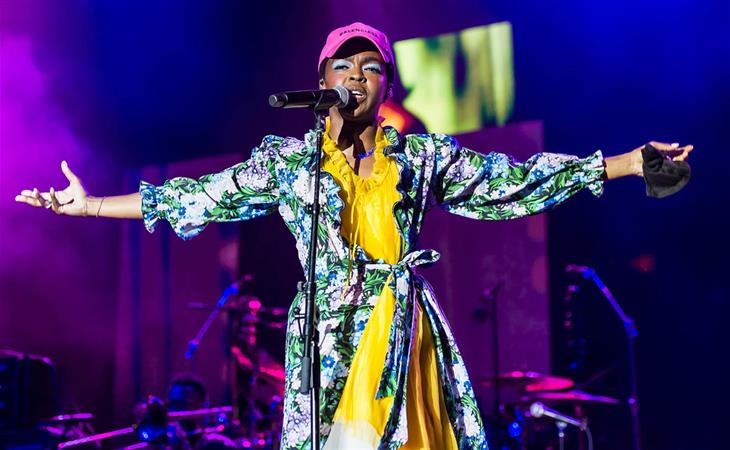 Lauryn was late. We knew that she was going to be late but I had a bet going with Lainey that she would be “on time” for her which means 30 minutes past her set time. Lauryn Hill was over an hour late for her show in Toronto at a venue that has a strict 11pm curfew. So Lauryn had to cut her set short and didn’t play two or three songs that have been on the set list for other shows on her tour.

Sure, I felt a gut-stinging pang of disappointment when I saw that “Every Ghetto Every City” was one of the songs left out of Lauryn’s show and f-ck, I love that song so much but I’m not mad at what Lauryn Hill did on that stage last night. If you’ve been to any of Lauryn Hill’s shows in the past 15 years, you know that there are a few constants: she will be late and she will do reimagined versions of the songs we fell in love with 20 years ago.

When you see Ms Hill in concert, you know that Lauryn is going to be doing some reimagining in her head, sporadically yelling at her band throughout each song as they either look back at her with terror or annoyance in their eyes. None of this is new. And yet, every show, people get pissed. The day after a Lauryn Hill show there are consistently articles like this one rounding up the tweets from disgruntled "fans" who act like Lauryn Hill isn't who she's always been. I’ve asked this before but ...WHAT WERE THEY EXPECTING?

The Toronto leg of The Miseducation of Lauryn Hill 20th Anniversary Tour (can you believe it's been 20 f-cking years!?) was business as usual for Ms Hill. Lauryn's 'usual' can be messy or magical. I call it the Ms Hill Roulette. You play every time you buy a ticket to her show. It’s the gamble we take in order to be in the presence of greatness. Lainey, Duana and I, along with our friends Dan and Lara, played Ms Hill Roulette and won. Her voice was in the best shape I've heard it in years. Duana and I were scream-singing lyrics at each other like the words were running way. At one point during “To Zion,” I swear all five of us were having a spiritual experience. Lauryn hit a few notes I don’t think any of us knew she still had in her and out of the corner of my eye, I could see Lainey hopping up and down and giggling with glee. We had FUN. Lauryn Hill means something to all of us. We’re all different ages, genders and ethnicities and each of us were transported back to the moments when Miseducation has kept us company through the bullsh-t, the joy and everything in between. That is the power of Lauryn Hill.
So no, if you go see Lauryn Hill in concert, you’re not going to hear “Final Hour” with the exact same breathy, smooth production but the lyrical prowess that existed when you first heard…

… still exists. That awestruck feeling you got when you first heard that raspy voice will come right back. Lauryn Hill’s skills as an MC are still there too. Twenty years later, she can still pull off a good show. Sporadic and uneven? Yes. Entertaining and enjoyable? F-ck yes. One of the things people say about Lauryn is that she doesn’t care about her fans. She’s hit back and said that she does care. I think we missed out on some of Lauryn’s banter because of our shorter set but every time I see her live, I feel that she cares. She’s flailing her arms at her drummer like she’s directing traffic because she CARES.
I understand that showing up late for almost every show doesn’t exactly exemplify a caring attitude but I think that Lauryn cares in the ways she knows how. She performed a rendition of “Nice For What” that she’s done before but it was her gift to her Toronto audience. She went into “Nice For What” right as the venue’s curfew hit so she only got a few bars in before the lights literally came on and she was abruptly shuffled off stage but it felt like a moment just for us. It was also a reminder of her influence. In 2018, “Ex-Factor” is still the biggest song in the world.

Yesterday Lainey wrote about the f-ckery Lauryn had to endure from Wyclef during Fugees. It left her paranoid and distrustful. The fame and accolades Lauryn received after Miseducation caused her to further curl into paranoia and distrust. She gave her talent and her privacy and in return, in her mind, all she got was criticism, ridicule and insurmountable pressure. Can we really act entitled to Lauryn’s time and talents when she’s already given so much? I worry that if we push her, we’re going to lose the Lauryn that we have left. Wouldn’t you rather she show up late and deliver 45 weird, wonderful and nostalgic minutes than not show up at all?

Here’s Lauryn doing “Nice For What” from last night’s show:

Lauryn Hill came to Toronto, took the “Nice for What” beat which Drake sampled from HER song “Ex-Factor”, and freestyled over it in front of the crowd. 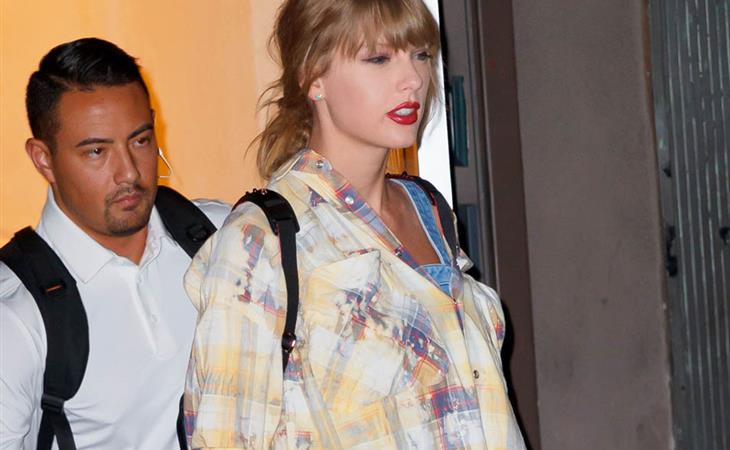 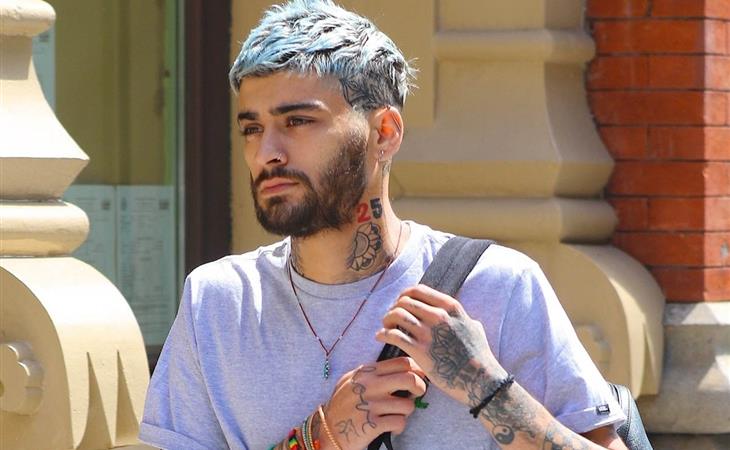