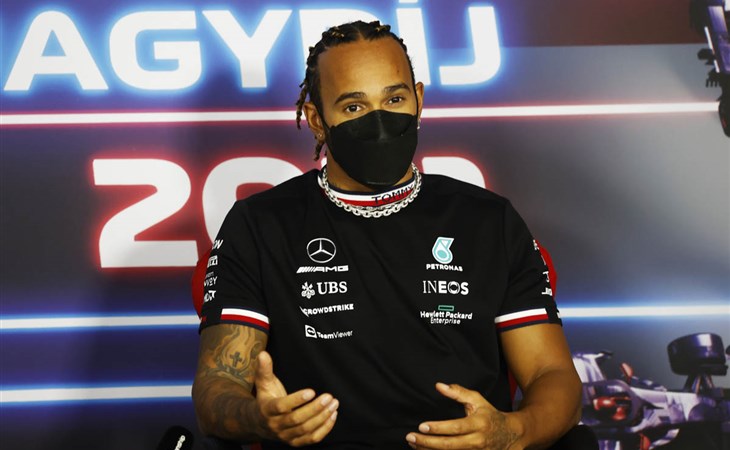 The Hungarian Grand Prix is happening this weekend, the first race since the controversy at Silverstone and the crash between Lewis Hamilton and Max Verstappen, who are battling for the drivers championship, resulting on Max’s being taken to hospital. Max and the Red Bull team were adamant that Lewis was at fault but then racists had to ruin any constructive conversation about the collision, and the F1 had to issue statements condemning the behaviour of many of the fans who disappointingly but reliably took the debate into white supremacist territory.

It’s now been a few weeks. Max is back on the track, and while he said today that Lewis did call him and a discussion took place, he declined to give specifics on what exactly was said. He remains, however, critical of Lewis’s driving at Silverstone and all of this only adds to the drama of the race this weekend.

Here’s Lewis today at the track and during the press conference and, away from the sport, he’s making headlines for his comments about Hungary’s anti-2SLGBTQ+ legislation. For background:

“…a controversial law passed by Hungary's parliament in June prohibited the display of content to minors that depicts homosexuality or gender change. The measures were attached to a bill allowing tougher penalties for pedophiles.

Hungary's government says its policies seek to protect children. But critics of the legislation compare it to Russia's gay propaganda law of 2013, and say it conflates homosexuality with pedophilia as part of a campaign ploy to mobilize conservative voters ahead of elections next spring.

The legislation was met with fierce opposition by many politicians in the European Union, of which Hungary is a member. The Executive Commission of the 27-nation bloc launched two separate legal proceedings against Hungary's government last week over what it called infringements on LGBTQ rights.”

The law is bullsh-t. It is homophobic, it is dangerous, it is ignorant, it is wrong. And there are laws like this being introduced in many parts of Europe, including Poland, which is introducing anti-2SLGBTQ+ “zones” in certain areas that are clearly meant to oppress the community.

While in Hungary, then, ahead of the Grand Prix, Lewis addressed the Hungarian government’s f-cksh-t:

"It is unacceptable, cowardly and misguiding for those in power to suggest such a law."

"I find it embarrassing for a country in the EU to vote on laws like this."

Lewis has championed a number of issues over the last few years, and has been one of the few prominent voices in the sport to speak up for equality and for change. I wonder, then, if he takes it a step further. Like are you telling me there aren’t any other tracks in any other countries that can’t host a race?

For now though, the race is this weekend, Lewis as usual is dressed for it. Lady Gaga isn’t the only one stomping around in asskickers. Lewis always comes to a race with a good fit. And you know who he works with, right?

They just did an interview together for Interview, a good read about the “intersection of fashion and activism”. Lewis and Law are turning the track into a runway. 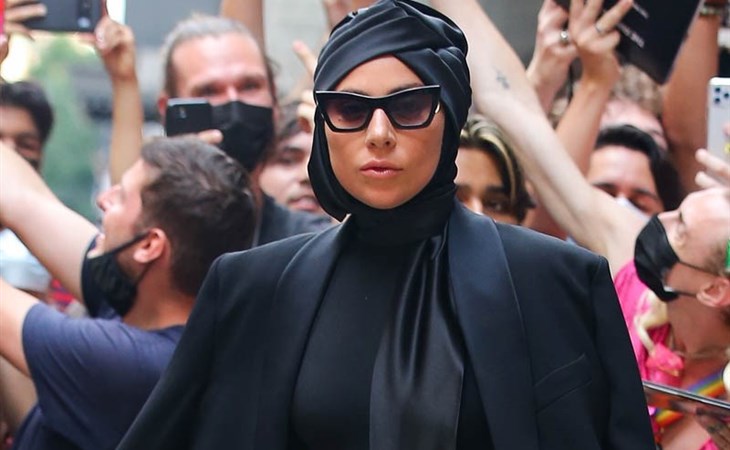