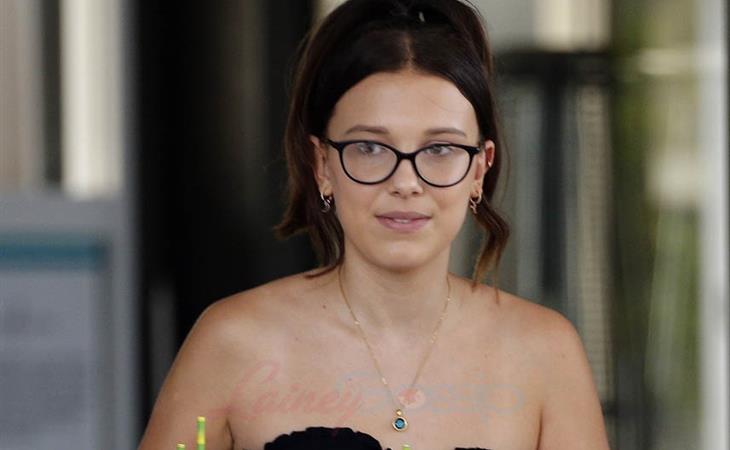 The Stranger Things kids are growing up so fast

Stranger Things 3 premieres on July 4, and now we have a trailer to look at and guess things. ST2 was a little divisive—I like it, as it has stronger character development than the first season—but season three was not rushed out, and as a result, it looks like the best Stranger Things yet. All the nostalgic Eighties touchstones are here—malls, community pools, a mayor who is probably jeopardizing his community’s safety for the sake of a holiday weekend, kids on bikes, your super-powered friend fighting demons from another dimension. You know, the usual stuff.

I LOVE this trailer right off the top with the bit with Dustin and Lucas. That is a GREAT bit. But also! There’s Eleven and Max being friends—I was legit worried they’d do the “girls can’t be friends” thing—and Dad Steve goofing off with Dustin, and the kids have erected some kind of antenna which is either for picking up porn OR reaching the Upside Down, and Chief Hopper is at like, Maximum Chief Hopper. This trailer is cut to make it look like he’s talking to Winona Ryder, but I’m not sure he is. I think he might be trying to reassure Eleven, his surrogate daughter.

At this point in the Stranger Things cycle, I don’t really care about the monsters (the demon at the end looks like an extra from Aquaman). I am much more invested in the characters and relationships. The only questions I have re: the Upside Down are: Is the Terminator-looking assassin trying to catch Eleven, and is that Billy with the Upside Down lesion on his arm, and if so, how did he get it? I prefer the subtler mysteries in Stranger Things than the outright monsters. Sure, the crab demon is cool, but how the Upside Down affects individual characters is more interesting storytelling. Like maybe this is a chance for Billy to grow past his awful bully roots and become less of a sh-thead so that the Upside Down won’t devour him from the inside out.

Every Fourth of July I go to a lake house and make fireworks and blow sh-t up. The goal is to have as much of a screen-free break as I can manage. That is not going to work this year, because all I am going to want to do on July 4 is watch Stranger Things. Netflix doesn’t have many shows that stop traffic and get everyone watching—in fact, this might be their only “watercooler” show—but man, they make it count. After the pop culture events of Game of Thrones and Avengers: Endgame own the spring, Stranger Things 3 could very easily end up dominating summer. Which is fitting, given its throwback summer hangout vibe. Just, you know, with more crab monsters.