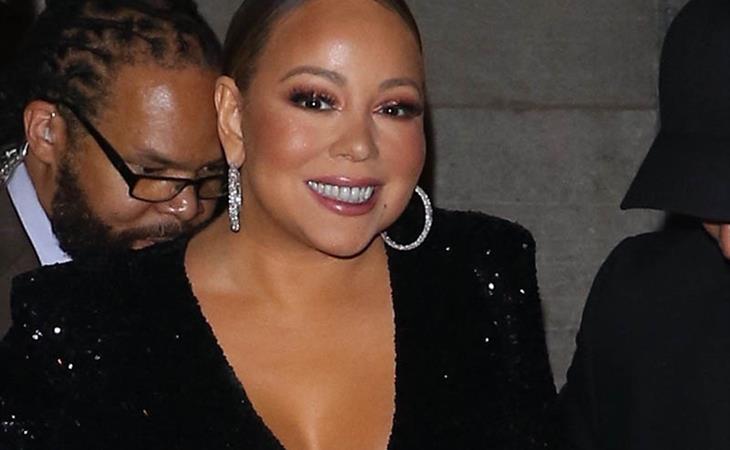 Our Elusive Butterfly Chanteuse of Rainbows celebrated her anniversary yesterday. Not a birthday, as you know, because she doesn’t do birthdays, only anniversaries, an annual festive event that honours her a little more than she’s honoured every other day – which is already a lot. What was especially special about *this* anniversary in particular is …well… the number…and Mimi does not do numbers. It’s just, you know, the standard of how we talk about these things – even anniversaries!

So here’s the issue: when did the anniversary start? Did it start in 1969 or 1970? There’s actually no clear answer. And it’s not like she would ever confirm it. But if it was 1969 that would make it the 50th anniversary. If it’s 1970, then the 50th is next year. This is one of my favourite celebrity mysteries. Anything Mimi-related is my favourite. But this, this is just so on brand.

Mimi, naturally, likes the round down, explaining a few years ago:

"First of all don't round up. If you're going to round, round down. I don't count years but I definitely rebuke them - I have anniversaries, not birthdays because I celebrate life, darling."

If we’re rounding down then, yesterday’s anniversary was the 49th. Not that it matters. We’re not even supposed to be talking about this, OK? Because as she said, she will be 12 years old FOREVER. That would explain the balloons.

Doesn’t it look like a 12 year old’s birthday party? Apart from the champagne, Mimi’s parties probably look a lot like her kids’ parties. Actually, her party is probably MORE tween than her kids’ tween parties will ever be. I never want to be invited to a kids’ party but I would desperately want to go to hers. Guests are required to tell her she’s thin and young every 15 minutes on rotation. I would be so good at that job.

Attached - Mimi out in New York with Bryan Tanaka the other night.