As noted in the previous post, Meghan Markle is celebrating her 40th birthday today and like Jay-Z is doing the 40/40 thing. Obviously not a bar franchise – instead Meghan’s 40x40 club is about asking 40 of her friends to committing 40 minutes of their time to mentor and support women in the workforce. As she notes on the Archewell website:

“Women are also shouldering the brunt of the crisis when it comes to unpaid labour including schooling and caring for family members. And the latest research shows that fewer women than men will regain work as we recover from the pandemic.”

It’s an easy and achievable and catchy birthday request. The “40x40” thing rolls off the tongue, and at the heart of the initiative is communication and connection, which most of us should be practising anyway. This simply encourages people to narrow the focus of the conversations, which is what Meghan is playing on in the video with Melissa McCarthy with a bit about focusing Melissa into what Meghan is suggesting.

Melissa, of course, is always a delight – and what I like about what they’re doing here is that there’s some gentle mocking happening. Right off the top, when Melissa comes out in her pearl clutchy tea outfit, we all know what that means. But then immediately after, Melissa takes the piss out of Meghan too with the comment about “another photoshoot under a tree where you’re looking very peaceful”, LOL. After that, there’s a Suits mention.

It’s cheeky but also safe. And on top of the celebrity hook with Melissa, there’s also the bonus of some home creeping, being able to see more of inside the Sussexes’ Montecito estate – like of course they have a room in warm beige. Plus paper trays from Target. You think they actually use them or was it staged just for this? Like the stack of books, my guess would be set dec.

You know what you can’t set dec though? Dogs!

For those of us who have dogs and dogs who insist on being in the shot, Guy sleeping behind Meghan through the whole shoot is pretty much my life while filming from home. At least one of my beagles is in the background of my shot on ETALK from Monday to Friday. As soon as the ring light is turned on, without fail, either Barney or Elvis will climb on the couch behind me and start snoring. Guy, clearly, had no f-cks to give about all the work happening around him. That is where he naps and no one is going to tell him where he can and can’t nap in his own home, as it should be. The only time he looks up is when Meghan and Melissa burst into laughter at Prince Harry during the blooper at the end when Harry can be seen juggling in the window. And the expression on his face – keep it down, f-ckers, I’m trying to sleep here.

Overall, then, a smart way to show up for her birthday. It fits with the Sussex brand, it’s fun, it’s personal but not compromising, and… once again… it’s a surprise. There were no leaks. There was no advance notice. The Daily Mail didn’t scoop this. Which tells you how carefully Harry and Meghan are managing their business to make sure that nothing that gets reported in England is credible.

Click here to watch the full video. That’s my one note, even though nobody asked. The video player on the Archewell website doesn’t function all that intuitively. 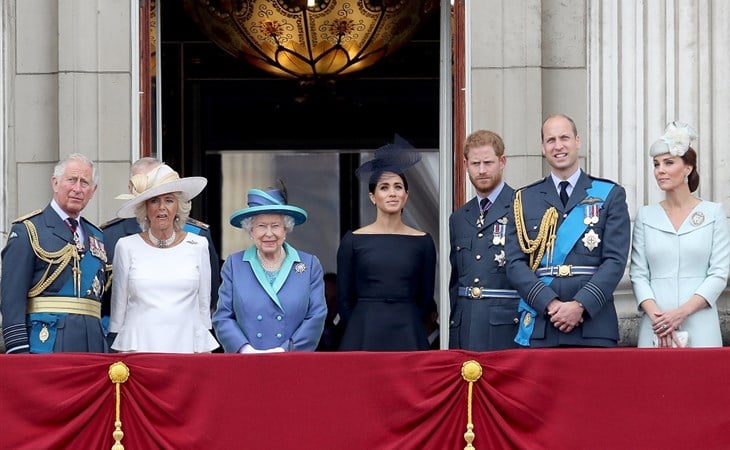