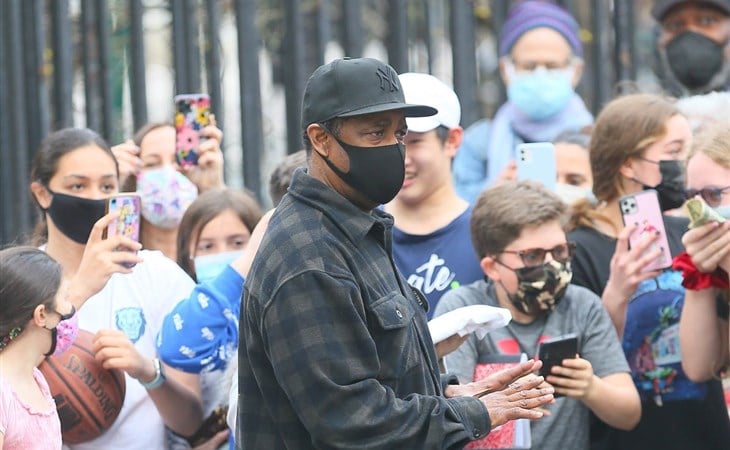 More MBJ and Chanté …but the real star is Denzel

Michael B Jordan and Chanté Adams continued to shoot Journal for Jordan yesterday in New York– but it doesn’t seem like they were main the attraction. Denzel Washington, two-time Oscar winner and all-round acting legend is directing. So as you can see, the crowds have gathered. Which feels…

Does it seem normal and weird at the same time?

Before March 2020, it wouldn’t have been unusual in New York to see a group of people in close proximity with their phones up trying to get a glimpse of a celebrity. Now it seems like we’re making a return to that, with masks. This is not happening where I live, because our vaccination process is embarrassingly slow, but these are the kind of pap photos we hadn’t seen in a while. And that may also be why Denzel has the time to take pictures with the kids, to pose for selfies, and generally just connect with people. Because we all need connection. Not that he wasn’t this great with fans before. My point is that he, as a leader in the industry, is taking the time to do it. You’ll note that even the security team and the police assigned to protect the set were getting into it.

I wonder if this also serves as an example to Denzel’s juniors. If Denzel is out here accommodating fans, there might be a limit to how much of a standoffish dick you can be if you’re an actor if the great Denzel is out here doing selfies. Please note I’m not talking specifically about MBJ here, it’s more of a general comment. And if there is someone I’m thinking about who’s worked recently with Denzel and may have modified his behaviour, it would be Jared Leto, the Not Best Joker.

By now, if you spend time on the internet, you know the stories. Which he and his team are now trying to deny – like whether or not he gets so method he sends dead animals to his co-stars and is generally exhausting as f-ck in finding his “motivation” in character. Something tells me none of that sh-t went down when he was working with DW on The Little Things. For which he was inexplicably nominated for a SAG Award (happening next Sunday, April 4). The Oscars, mercifully, did not make the same mistake. 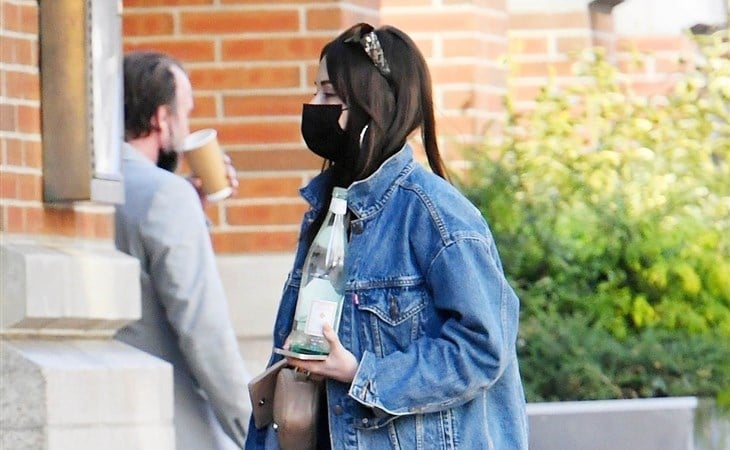 Should Meghan McCain leave The View?