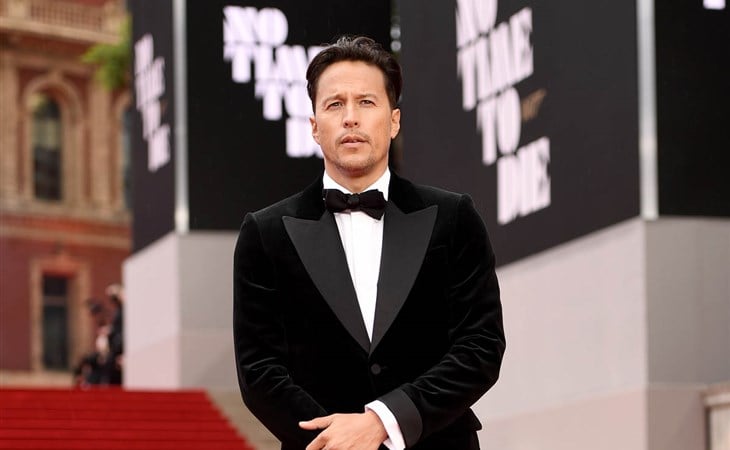 Sarah wrote about Cary Fukunaga’s feature in The Hollywood Reporter last Friday addressing his work on Bond: No Time To Die and some of the gossip related to his past projects, like True Detective. She left the romantic gossip to me. Because it is mentioned in that THR profile that he’s single:

“As he muses about his mostly empty home, he touches on the loneliness his work can engender. He had an on-again, off-again girlfriend — an actress he declines to name — for the two years that encompassed No Time to Die. “This movie has definitely made it difficult to keep a relationship going,” he says. But now, Fukunaga, who has been romantically linked to actresses Michelle Williams, Margaret Qualley and Brit Marling, is single. “Nobody’s taken me off the market yet,” he adds.”

Remember when Cary won the Emmy for directing True Detective in 2014? People’s reaction when he went up on stage? The internet went into heat. It was pure thirst. Because look at him. He’s hot as f-ck. He looks great in this tuxedo. He looks great in joggers and a beanie. And if he’s talking about being single, can we talk about who he should un-single himself with?

I have a Gossip Genie proposal:

Like if it doesn’t work out with The Weeknd, if there does turn out to be something between her and The Weeknd. And if there’s nothing, well, she and Cary would be a power couple too.

There are few stars as big as Angelina. There are few people who can match her on fame status. But you can factor in other intangibles, like professional creativity and reputation, industry swagger, cool factor, all of which Cary has. Do we Gossip Genie this or should I shut the f-ck up?

I should probably do that anyway. Please enjoy these photos of him.